Krista Kuehne Spence shared the post on her personal Facebook page. She's the wife of Dr. Aaron Spence. The post is gone, but the superintendent addressed the issue. 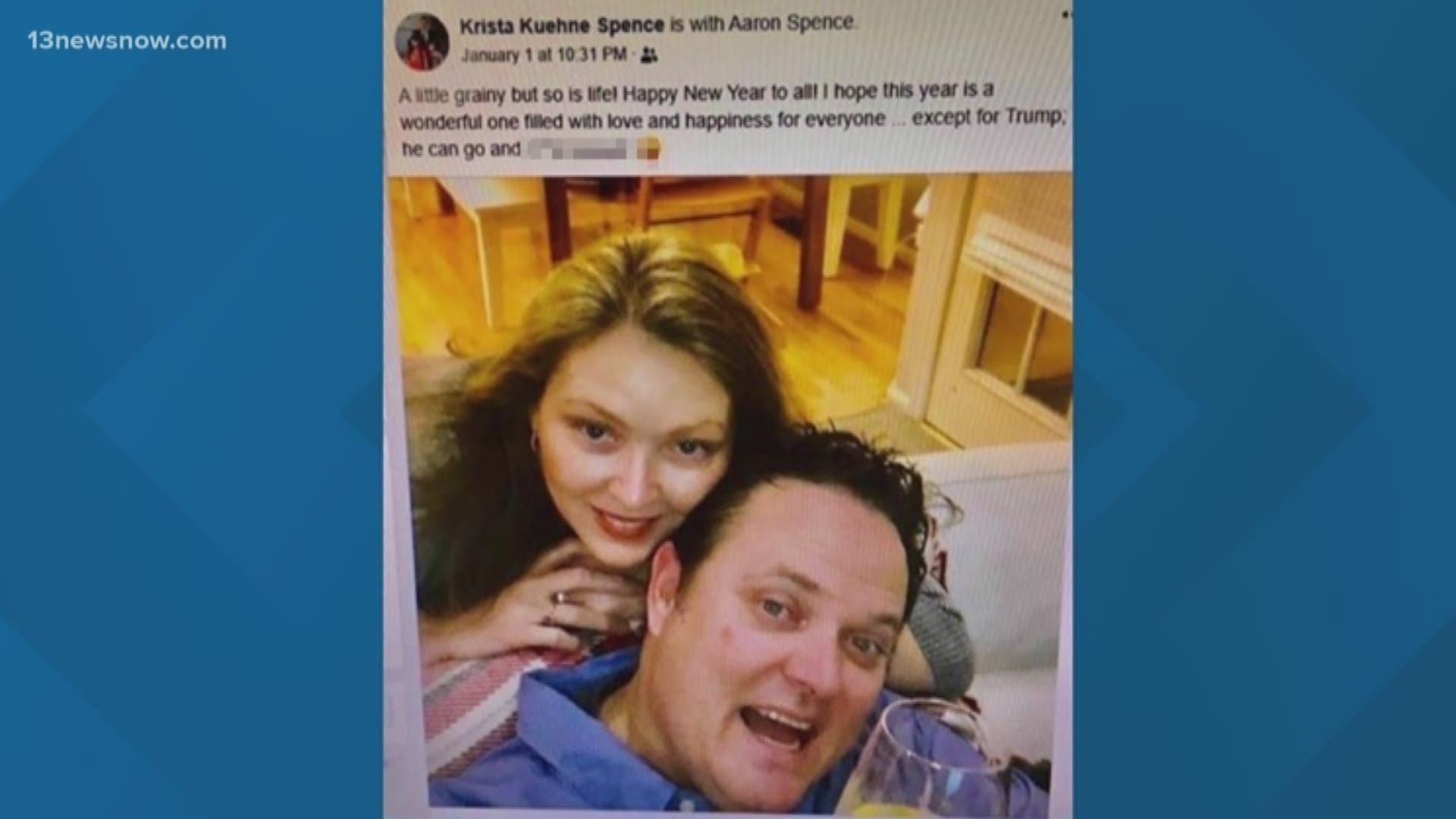 VIRGINIA BEACH, Va. — The wife of the Virginia Beach City Public Schools superintendent had a New Year's Day wish for everybody except one person: President Donald Trump.

Krista Kuehne Spence created a post on her personal Facebook page on January 1 and told most people she hoped they enjoyed a "wonderful" year "filled with happiness." When it came to Trump, she said he could "go and F**k himself."

Kuehne Spence included a picture of herself with her husband, Dr. Aaron Spence, in the post and tagged him in it.

RELATED: 13News Now has a new app. Download it here.

By Saturday, it was gone, but a picture people took of the post began quickly making the rounds on Facebook as well as other social media platforms.

People tweeted the picture at the superintendent as well as VBCPS. Others used hashtags as they shared it.

Despite the fact that the post appeared on Kuehne Spence's personal page and that the text used only "I" (as opposed to "we"), many failed to see a distinction between her and her husband and faulted Spence by association.

Several people contacted 13News Now about the post. They sent pictures of it to us.

We reached out to Spence and the school division. Spence provided us with this statement:

I understand some people are upset about a post my wife made on social media. I am rarely on Facebook, was not aware of the post, and was regrettably tagged without my knowledge. Her views are her own, and I apologize to those the post offended. Like everyone else, my wife is entitled to her opinion and I defend her right to free speech and self-expression. However we have discussed what this means for us as a family and for our community, and I am confident a situation like this won’t happen again.

My wife has chosen to deactivate her Facebook account because photos of our children are being shared online in response to this posting.  I ask those who are sharing images of my children as a way to express their concern to desist immediately, as my children deserve better. Thank you.