Mark and Sidney Norton of Nova Scotia love to laugh and get others to laugh. That is exactly what they are doing in this year's family photo. 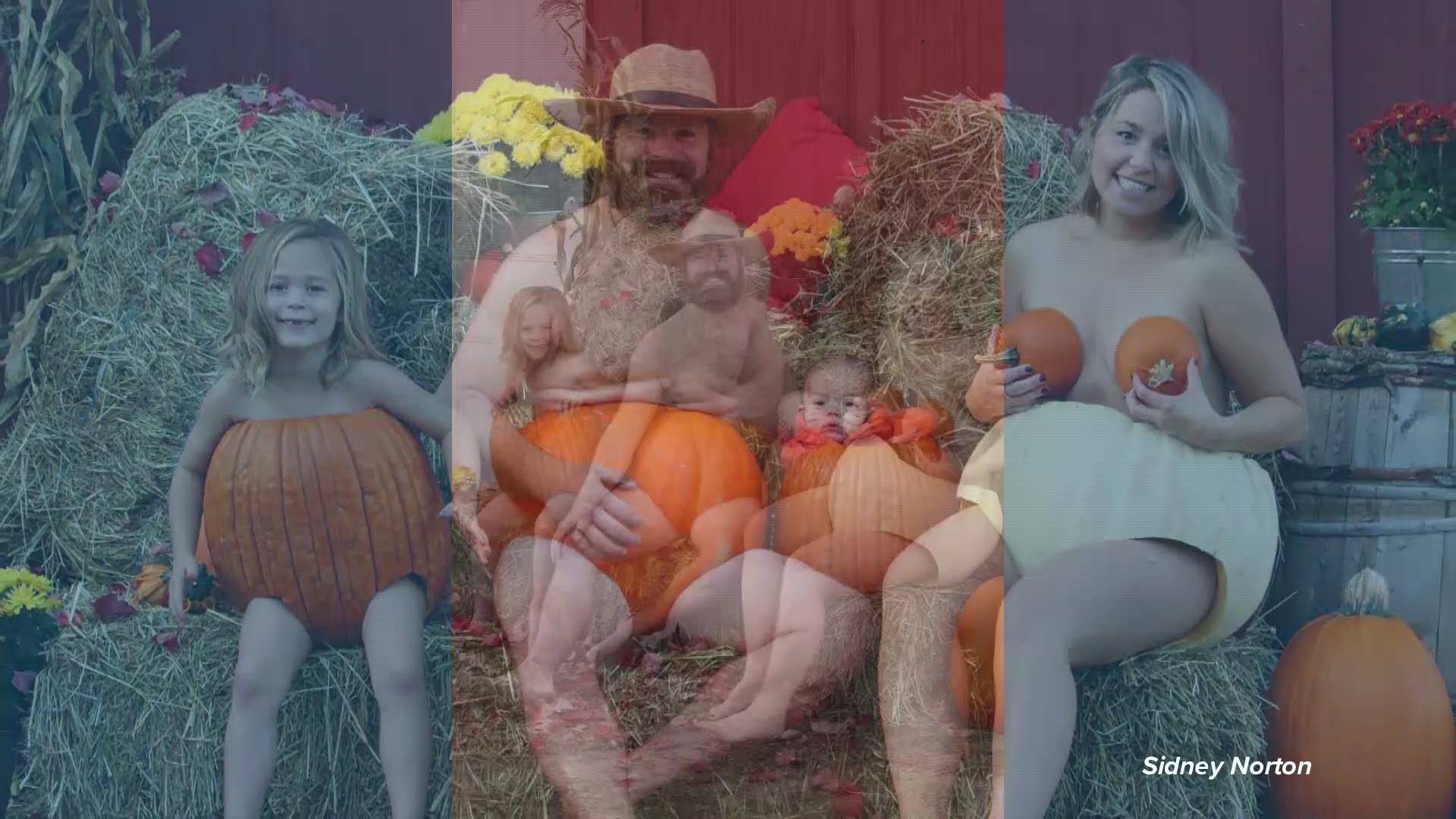 NOVA SCOTIA, Canada — Mark and Sidney Norton are sending out a unique holiday card this year ... and they've been doing it for years.

Sidney Norton says it all started when her husband, Mark, put their daughter in a pumpkin when she was just five months old and thought it was adorable.

Mark Norton says his daughter has been "dunked" -- that is what he calls wearing a pumpkin in lieu of an outfit.

Fast forward seven years and now the whole family is diving in ... literally. Mom and dad, seven-year-old daughter and their newborn son.

The Nova Scotia family says they scour the countryside in search of the biggest pumpkins to don as pumpkin suits for their annual family photo and holiday card.

Sidney says her husband is a family man who loves to laugh and loves to make others laugh, especially his young daughter.

1 / 6
Sidney Norton
If you can't be silly while wearing a pumpkin you probably won't get this family's humor.

"It was just a unique and creative way to do something as a family each year and all of our friends and family told us they look forward to seeing them and so it’s become a tradition that we will continue to do," Norton tells NEWS CENTER Maine.

Norton says she had no idea the photos would go viral. While the vast majority of feedback has been positive, Norton says some people can't see the humor in it but she isn't letting that get her down. 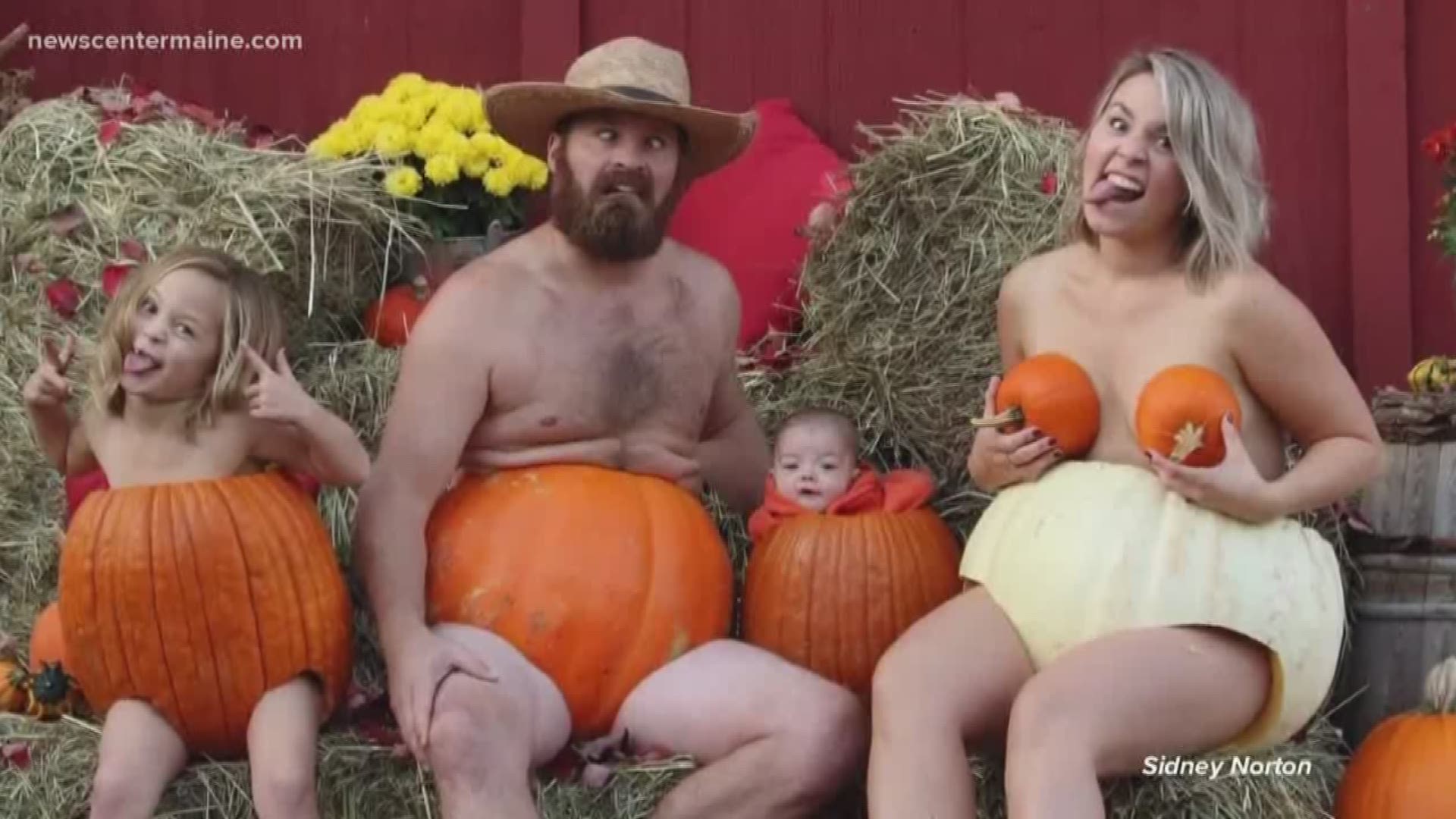 The Nortons live in Nova Scotia on a hobby farm filled with goats, a pig, an alpaca, dogs, cats, chickens and a parrot.