Each item is made from Chick-fil-A's signature grilled or hand-breaded chicken and seasoned with a spicy blend of peppers. 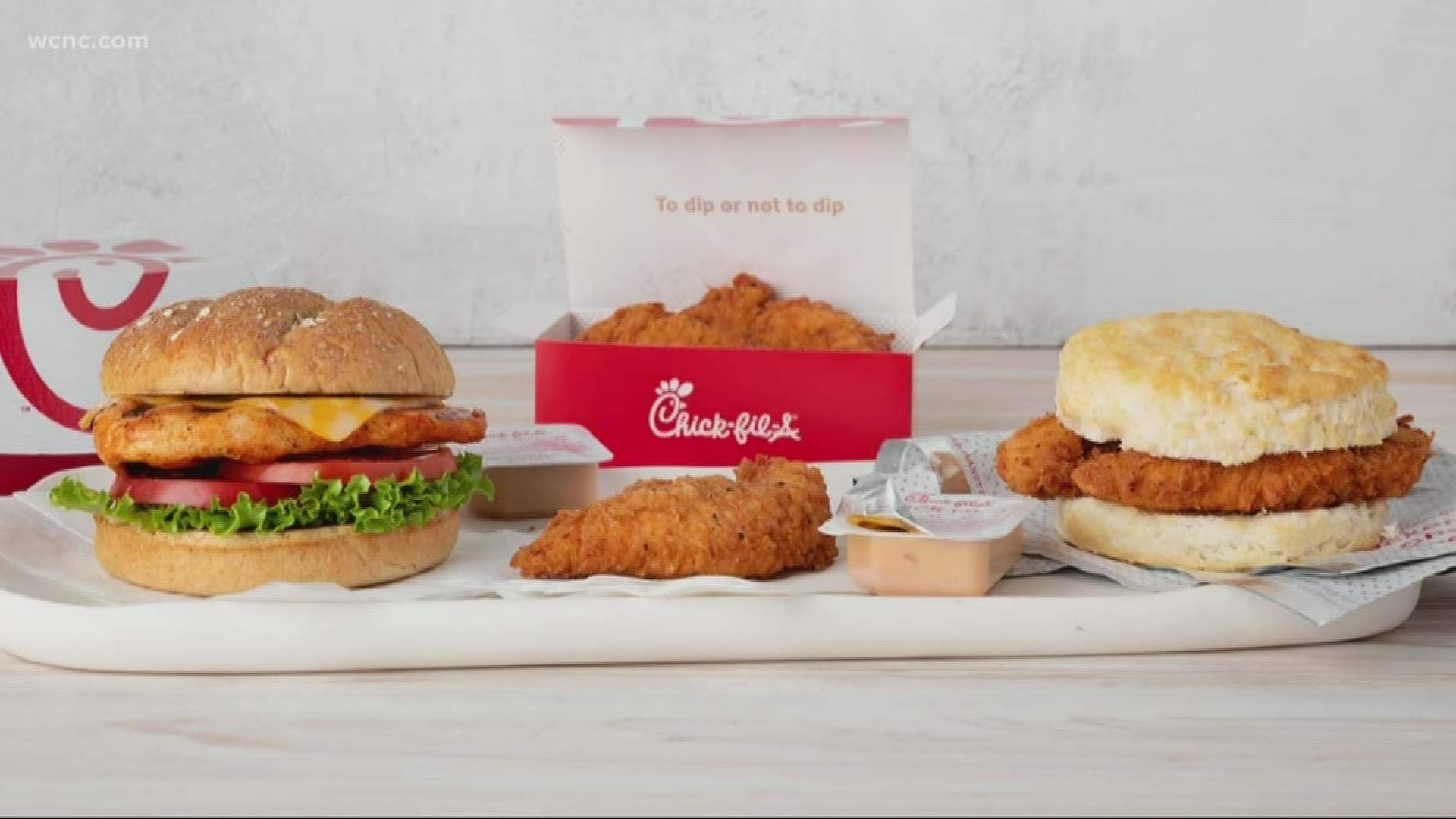 CHARLOTTE, N.C. — Eat more (spicy) chicken: The new year is bringing some changes to Chick-fil-A's menu in the Queen City.

Each item is made from Chick-fil-A's signature grilled or hand-breaded chicken and seasoned with a spicy blend of peppers.

Some familiar menu items will be saying goodbye as part of the test. Breakfast items that are changing include the sausage biscuit and the Sunflower Multigrain Bagel. Chick-fil-A's original Chick-n-Strips will also say farewell, along with the grilled cool wrap and a side salad. Decaf coffee will no longer be offered at Charlotte Chick-fil-A restaurants, and all milkshakes, iced coffees, and frosted beverages will be offered in 16-ounce sizes only.

“We have received positive feedback from customers on our spicy menu items,” said Matt Reed, manager of menu development at Chick-fil-A. “We can’t wait to hear what customers in the Charlotte area think of these new spicy offerings.”

For more information about Chick-fil-A and stories about the company’s food, people and guests across the country, visit thechickenwire.chick-fil-a.com.