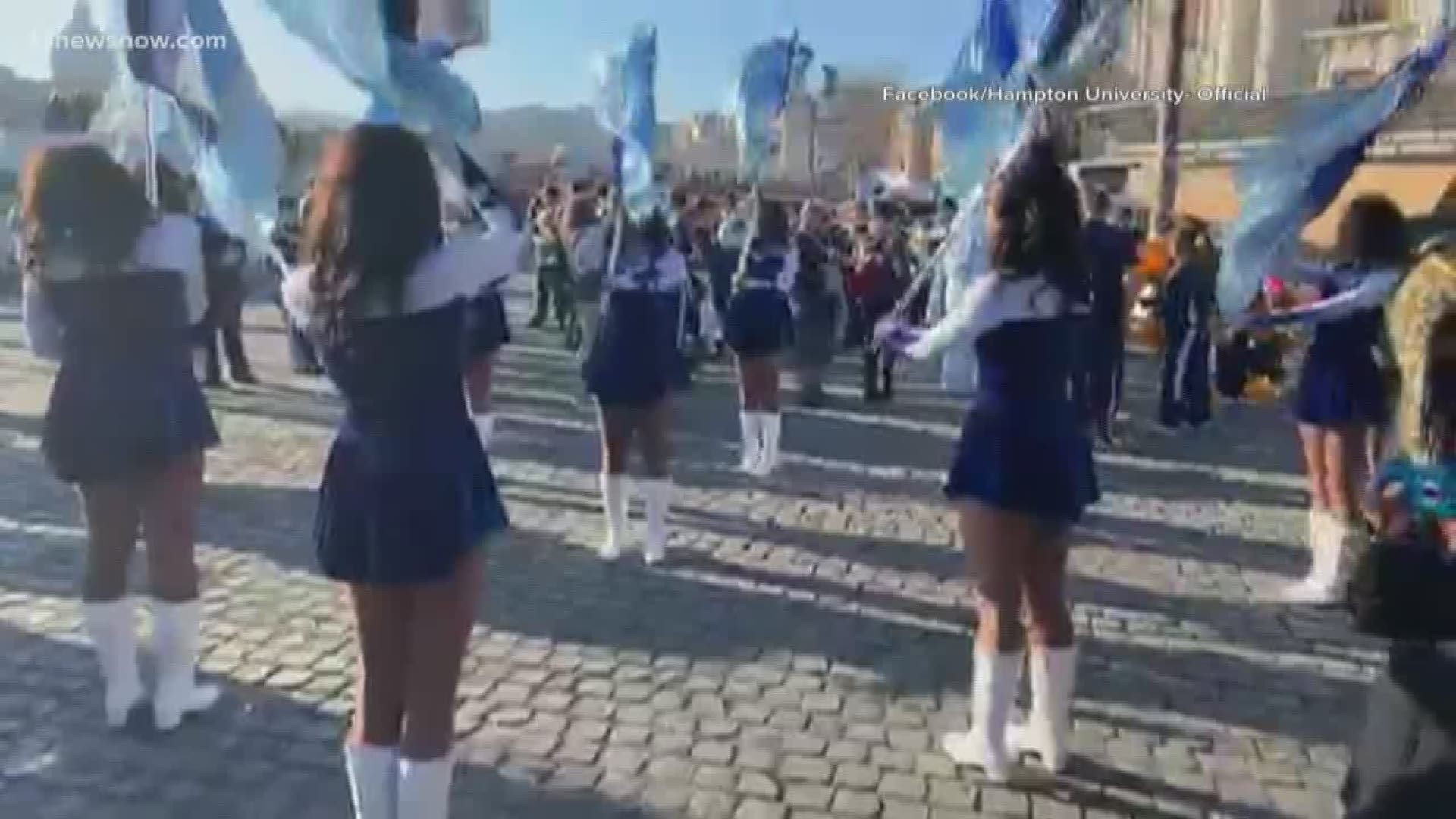 After an invite from the Vatican and a successful months-long fundraising campaign, The Marching Force is finally in Rome, Italy to perform in the 2020 Rome New Year's Day Parade.

This parade is a new year's tradition where thousands accept the Pope's New Year's Day blessing and celebrate cultural diversity and international goodwill. It coincides with the World Day of Peace for which another parade is held along the Grand Via Della Conciliazone and culminates in St. Peter's Square.

RELATED: Mom with 10-year-old twins to graduate ODU with 4.0 GPA

Hampton University's band will be performing in the parade and at St. Peter's Square and before and after the Pope's blessing.

This won't be the band's first brush with a huge national performance. They are set to perform in the Macy's Thanksgiving Day parade this coming November.