3,200 Inspiring Billboard Messages All From One Man Over 30 Years

For 30 years, Tom Trout's sign has been towering over I-95 near the University Blvd exit, but in what could be valuable advertising space, he sees it as a chance to lift up those driving by. 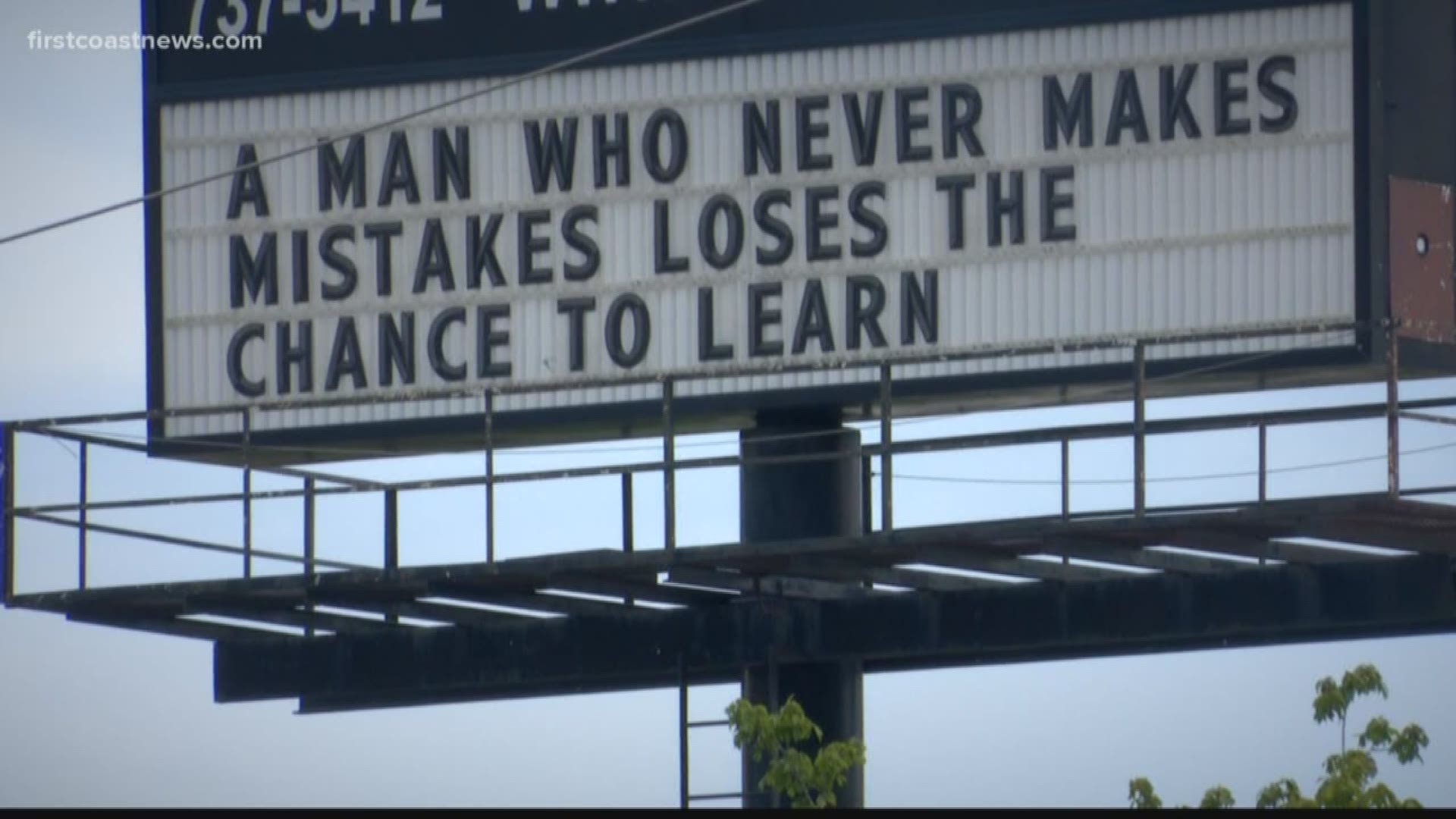 JACKSONVILLE, FL- Signs along I-95 are important, often giving directions, but sometimes inspiration.

"We get lots of feedback from the community with ideas on messages," tells Tom Trout Jr., the owner of Tom Trout Inc.

For 30 years, Tom Trout’s sign has been towering over I-95 near the University Blvd exit, but in what could be valuable advertising space, he sees it as a chance to lift up those driving by.

"We change out the message once a week," he explains.

Employee Clay Walsingham climbs up the sign each week to do the switch. Over the years, Trout estimates they have put up around 3,200 messages. For some, it is a fun sign to read … but for others, it was the literal sign from above that they were looking for.

"I’ve even gotten letters from people saying it saved their lives when they were in a dark place, and it inspired them to rethink what they were doing," Trout said.

With each change of the sign, he hopes it could change an attitude or change a life.

Clay enjoys being a messenger of sorts, helping spread that positivity one letter at a time.

"It is something to look forward to. I know the messages have touched people driving by on the highway, and it has made a difference in people’s lives," says Trout.

Because in a world that can feel so negative, Trout hopes this shares the good that’s still out there. His very own sign of the times.

If you have a great message you want to see on the sign, you can submit it here