8-year-old Quinton is helping best friend Rush take his first steps after an accident. The boys have been best friends since they were four years old. 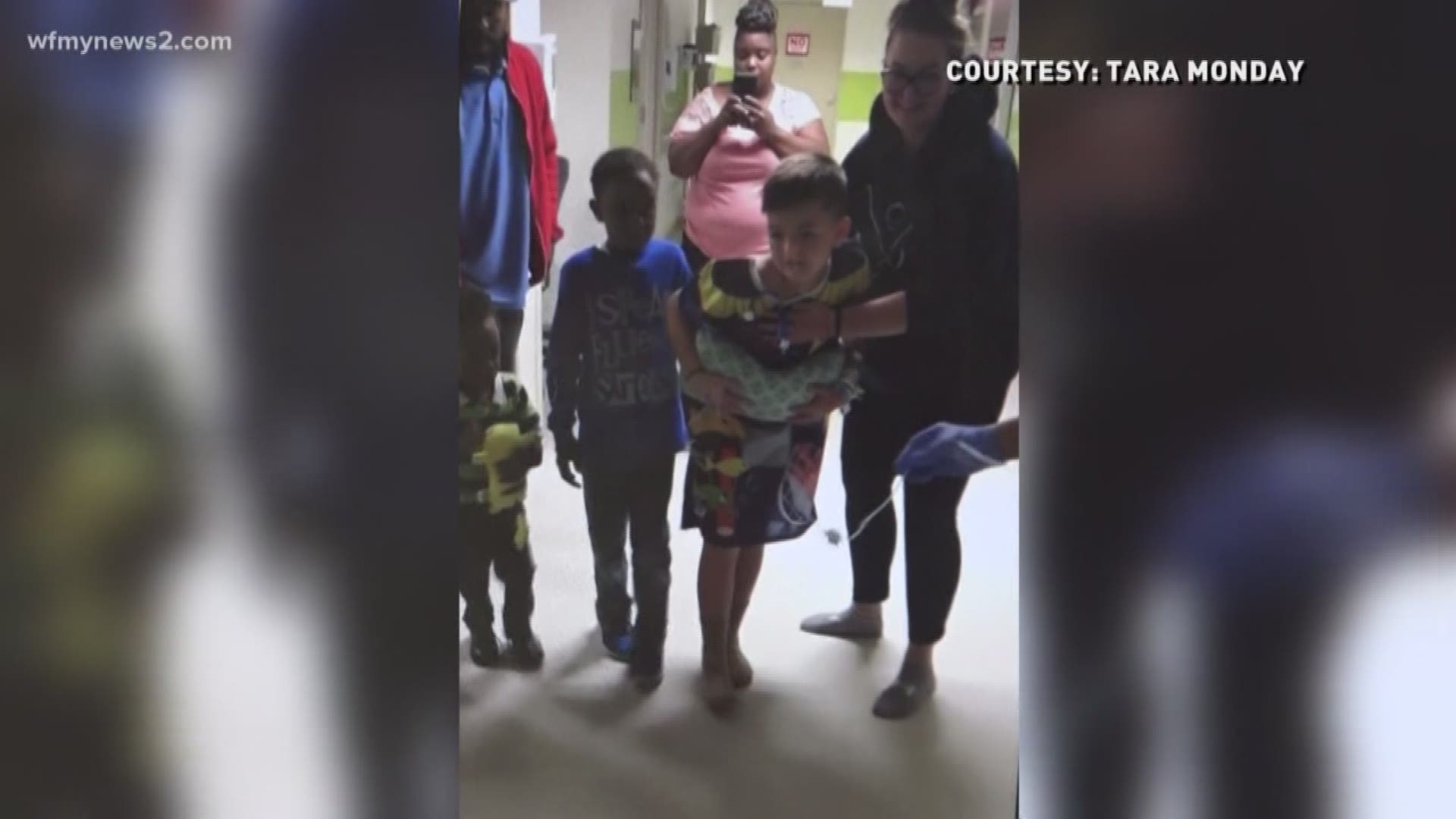 She was involved in a head-on collision on Church Street in Greensboro on the way home to Reidsville.

Tara's daughter Leila and son Rush were in the car with her.

"All the sudden a car right before us coming toward Greensboro crossed the center line and came and hit us head on," Monday said.

She says seatbelts 'saved their lives but not without injury.'

"I hear my daughter say 'Rush are you ok?' And I look over and Rush is on the floor screaming 'my belly, my belly!' and it was very hard, and I couldn't get to him because my door was shut."

Her son had to undergo emergency surgery due to internal injuries at Cone. His injuries made it hard for him to walk post-surgery.

"He was defeated, sad, scared I mean he’s seven years old, he doesn’t know what’s going on he was in pain he didn’t want to get up," Monday said.

That's when his best friend Quinton stepped in during a hospital visit.

In the picture you can see that 8-year-old Quinton is helping Rush take his first steps after the accident. Tara says they have been best friends since they were four years old.

Quinton's mother Shamicka Neal says they are all one big family so this was hard on everyone.

"It just broke my heart, Rush is like my son," Neal said.

"He was like 'ok mommy I’m gonna be strong so Rush can be strong.'"

Rush didn't want to walk until his best friend got to the hospital. "He said I'm gonna walk, I'm gonna walk when Quinton gets here! So they did – arm in arm. One foot in front of the other.

"That was his first walk down the hall and that's the first time he was up," Monday said. It was a struggle but he was up and we are so thankful at the fact that Quinton was there with him, it's amazing because that's his best friend,"

Rush hasn't been able to go back to UNCG Moss Street Partnership School since the accident, but the doctors gave him the all-clear to return this Monday.