Allen Norton was an honorary conductor for the Cardinal Marching Band on Saturday. 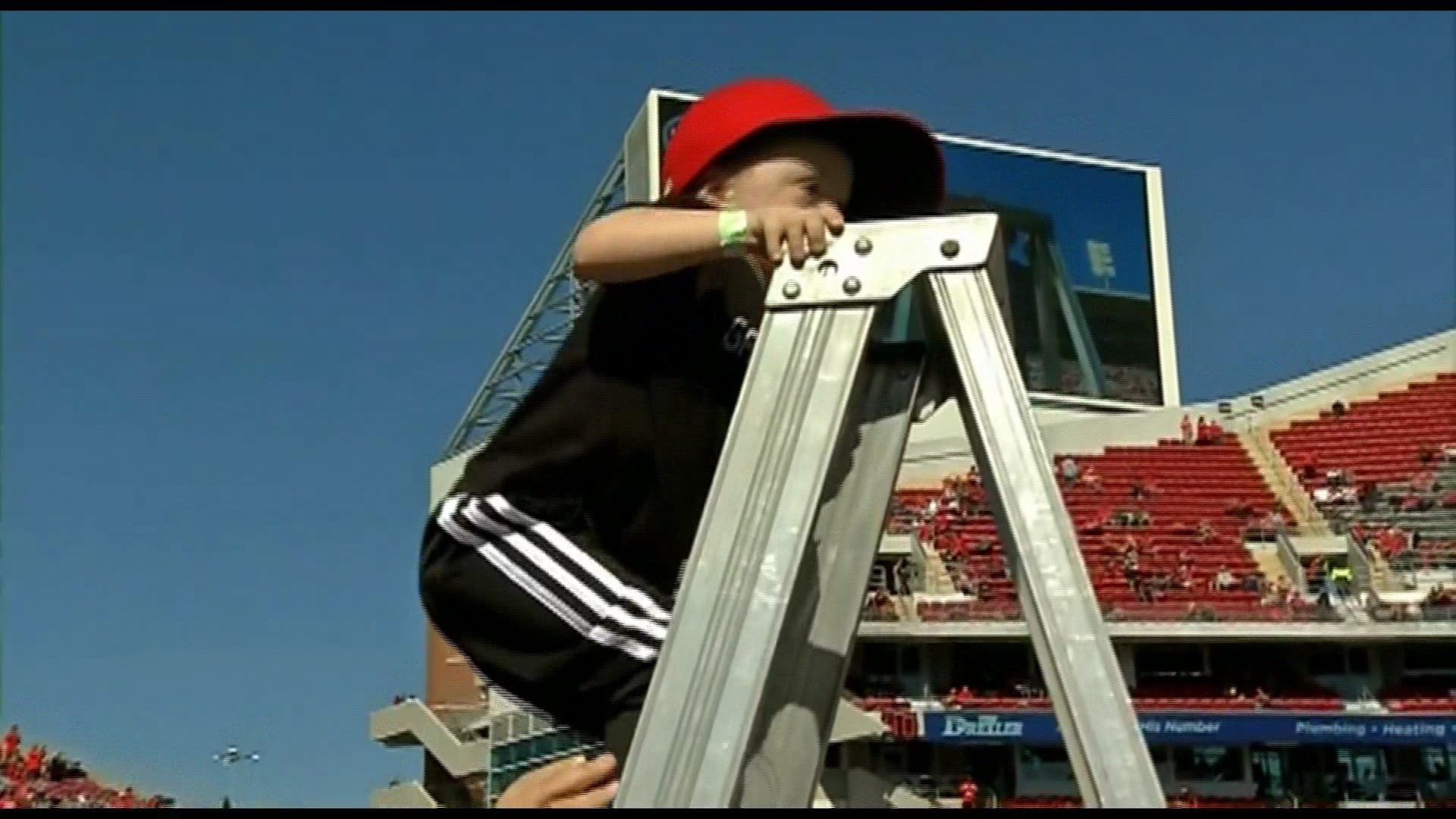 LOUISVILLE, Ky. — Halftime of Saturday's football game between Louisville and Clemson was a big moment for a Kentucky boy born with Down syndrome, and who is a lifelong Cards fan.

Allen Norton, 4, was an honorary conductor for the Cardinal Marching Band on Saturday. Thousands of fans cheered the boy on as his story was shared and he led the band. Allen took his job seriously by practicing his conducting skills before the game began.

Band director Amy Acklin said she came up with the idea after being inspired by the University of Florida.

"We want to be a part of something that's much bigger than us as a band," Acklin said. "These are fighters; these are inspirational people. We think this is a very powerful idea that I think will connect with our community."

When he was about 6 months old, Allen was diagnosed with a heart condition, which created holes in his heart that had to be fixed months later. Although Allen is full of energy and always on the go, his parents, Mary Beth and Scott Norton, said his condition took an emotional toll.

"It was very scary not knowing what would happen," Mary Beth Norton said. Then, the family got good news: The doctors with Norton Children's Heart Institute were able to repair the holes. With Allen and his parents returning for annual checkups, the prognosis looks good.

"The diagnosis doesn't put a cap on what is possible, and that's what's exciting for us," Mary Beth Norton said. "This is Allen getting to show who he really is and things are really limitless for him."

"It's something he'll remember for the rest of his life," Scott Norton added. The University of Louisville also welcomed Carter Willett, who is battling Ewing's Sarcoma and received more than 13,000 birthday cards for his 10th birthday, to Saturday's game.

Stay connected to news and information from across the Triad: