"This boy here is amazing," one firefighter said. 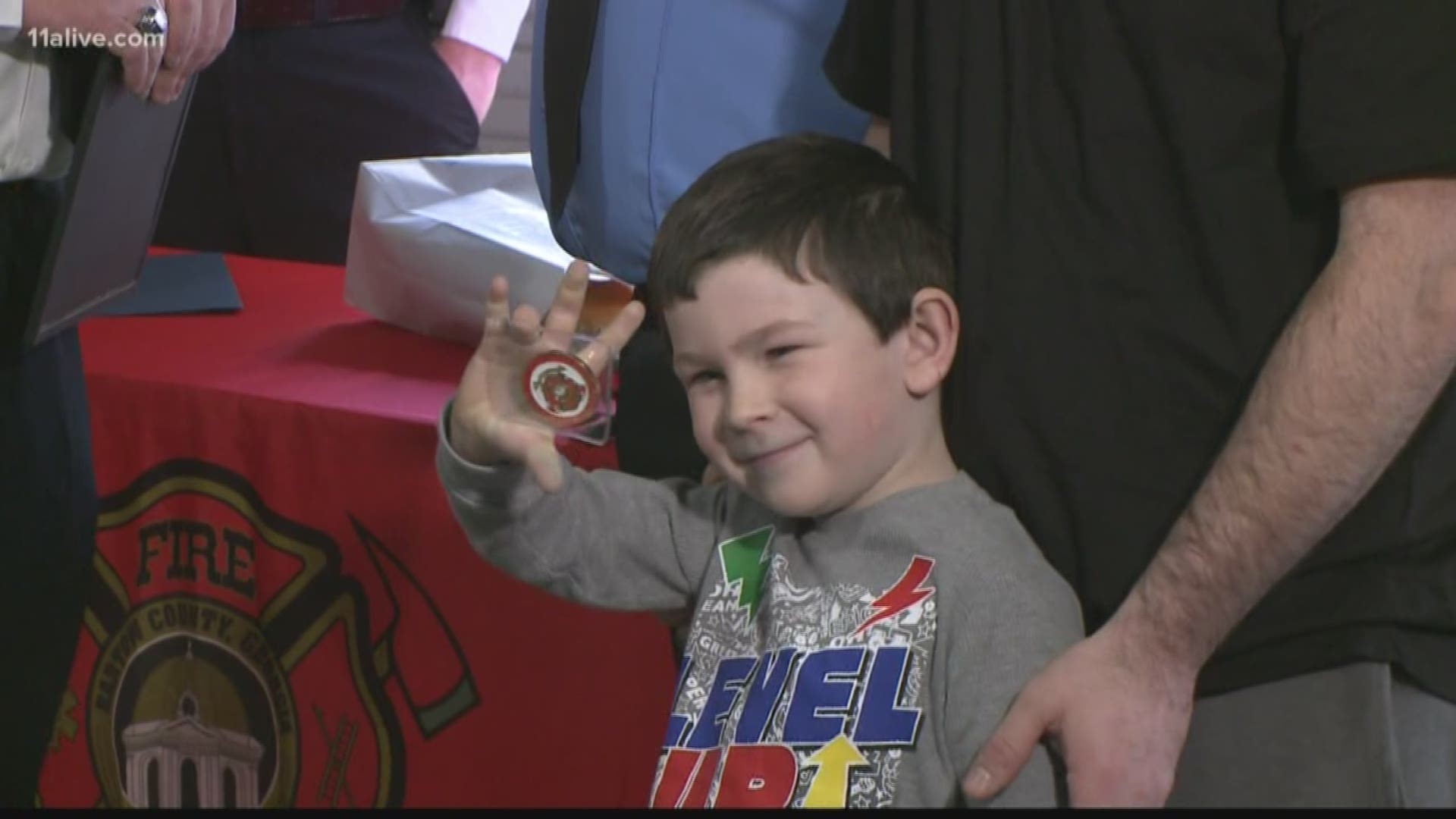 BARTOW COUNTY, Ga. — Friday was a very special day at the Bartow County Fire Department due to the life-saving bravery of a young kid!

Five-year-old Noah, who saved his family from a house fire, was honored by the department with his very own day.

Late Sunday morning, Noah Woods woke up to find that the room his sister and he slept in was in flames and moved quickly to save them both.

Noah grabbed his 2-year-old sister Lilly and escaped through the window to safety, which was the only means of escape, according to officials.  Then, Noah ran next door and grabbed his uncle who helped save the remainder of the family of eight from the fire, according to an online funding campaign.

Noah was presented with a proclamation from Bartow County Commissioner Steve Taylor.

The department also presented Noah with his very own badge, certificate, helmet and firefighter pajamas.

"I'm thankful that his act of bravery that he did that day models a lot of the home exit drills and safety that we teach in school," said Bartow County Fire Chief Dwayne Jamison at Noah's ceremony. "Because of his quick actions, he alerted the rest of the family members, so a total of eight family members were able to get out of the house with only minor injuries and smoke inhalation."

Noah also got a chance to ride in the firetruck.

The ceremony also revealed that Noah's older cousin is a firefighter at the department and Noah is no stranger to visiting.

"This kid right here is amazing. He is so warm-hearted," his cousin said at the celebration. He went on to say that Noah showed him that heroes really do come in all shapes and sizes, but "he showed me this week age is a part of it too."

Firefighter suspended after decision to try and save woman's life