5-year-old Ila Haskin has inoperable and terminal brain cancer. Her community, including Ft. Bragg, turned the are into all things Christmas and had parade just for her.
Author: Carrie Hodgin (WFMY News 2 Digital)
Published: 10:59 AM EDT May 22, 2019
Updated: 11:57 AM EDT May 22, 2019

FORT BRAGG, N.C. — Christmas is here a bit early this year, at least for a 5-year-old Fort Bragg girl.

The Linden Oaks community has turned into all things Christmas almost overnight with decorated homes and vehicles in red and green.

That’s not all, the Santa inflatables are out and even the snowmen.

It’s all part of Operation “Christmas for ILA.”

Ila Haskin, who’s a Fort Bragg family member has inoperable and terminal brain cancer called Diffuse Intrinsic Pontine Glioma (DIPG). She was diagnosed with it in 2017. 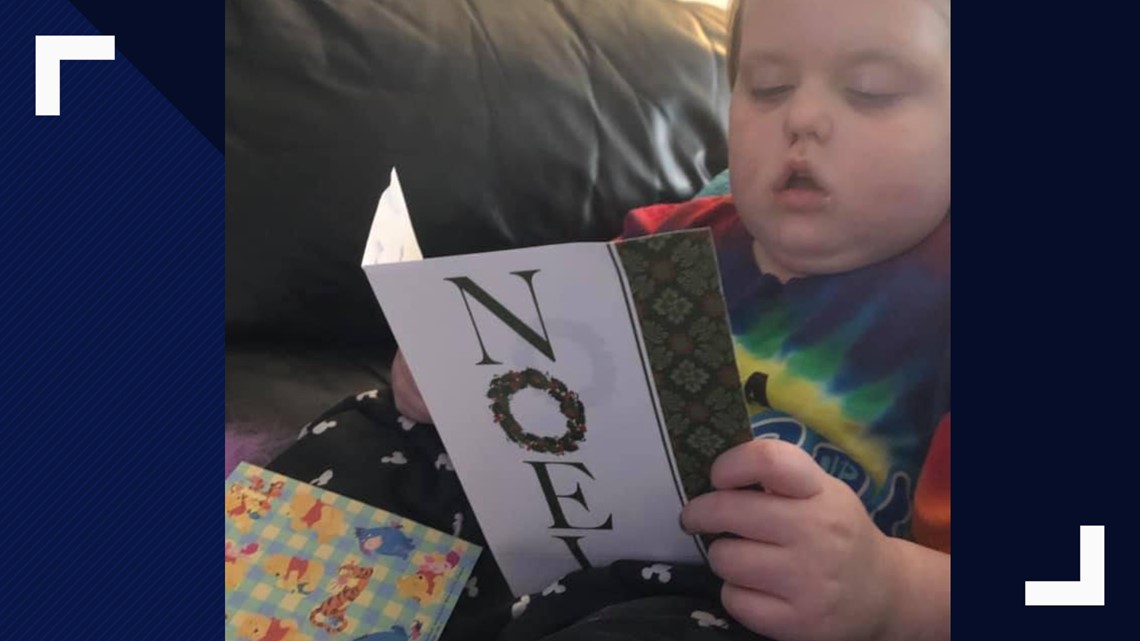 The Fort Bragg community wanted to do something special as Ila’s nears the end of her battle with childhood cancer.

For one night, carolers showed up along with Santa to wish the little girl a Merry Christmas. She has even received early Christmas cards.

Corvias and Family Friends helped to coordinate the Christmas wonderland.

"When we heard about Ila's story and the idea behind bringing Christmas in May for one special little girl, we knew it would mean the world to the family if we supported them - and, we did. By working with the community to decorate the Linden Oaks neighborhood with Christmas lights and ornaments, we knew that what we were doing was bigger than us. If by supporting the family to celebrate one day of community and fun makes it extra special for Ila, we are happy to be a part of that,” said Betty McIlnay, Resident Manager, Corvias.

A parade of decorated Christmas vehicles and even the Rolling Thunder rode in as a last honorary march.

"Out of the sorrow comes the joy of a community of friends, Families, and strangers who have reached out to this Family for help and support to make Ila's last days a memorable one," said Debbie Stone Biesel, a Family friend.

"It is a pleasure to be part of Ila's Army. Every single hole that has been found during the last years of Ila's journey has been filled by a person that helped us to fulfill Ila's wishes."

About 300 children in the U.S. are diagnosed with DIPG each year.

You can help DIPG further research by donating, to DIPG.

Dressed in her Star Wars best, this 4-year-old Stormtrooper rang the 'cancer bell'

Remembering Dakaia Gray: The Girl With Brain Cancer, Who Stole Hearts After Her Therapy Dog Was Taken Has Passed Away