"El Paso Challenge," a social media campaign to encourage people to give back and spread kindness to honor those killed in the Walmart mass shooting. 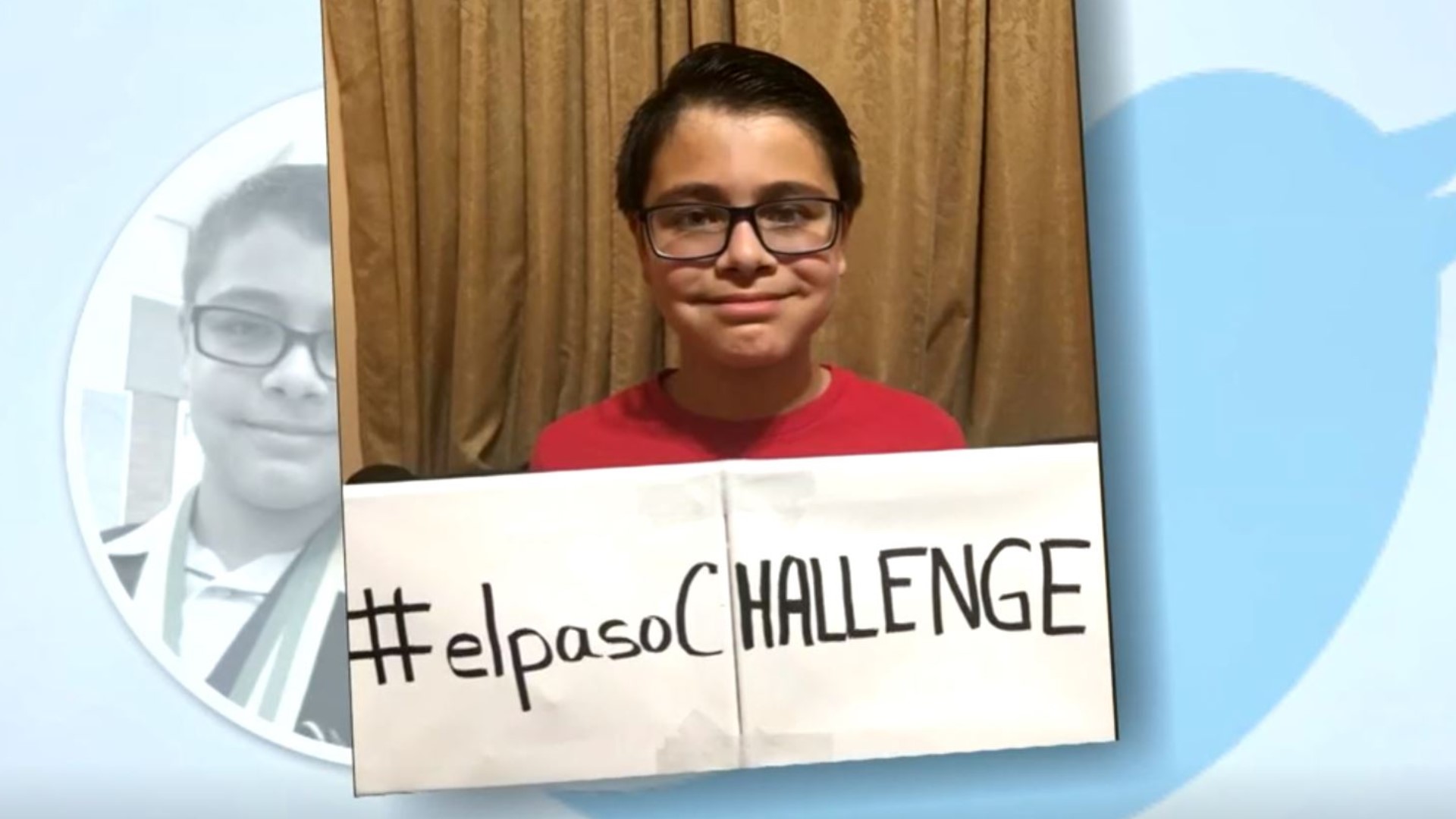 EL PASO, Texas — An 11-year-old boy from El Paso saw his community grieving after Saturday's mass shooting and wanted to find a way to help them heal. He and his mother started the "El Paso Challenge," a social media campaign to encourage people to give back and spread kindness.

Rose Gandarilla shared a photo of her son, Ruben, on Twitter, along with a photo of his plan for the El Paso Challenge. The purpose: honor the people killed in their city. The plan: challenge each person in El Paso to do 20 good deeds.

"How to convince everyone to join the El Paso challenge: Hold up posters, pass out flyers, send it to Facebook," Ruben's note read. "This will show the world people from El Paso are kind and care for each other."

Ruben's plan worked: in about a day, more than 1,400 people were talking about the El Paso Challenge on Twitter. Nearly 3,000 people had shared his mom's Facebook post.

Several social media users – from Texas and beyond – started pledging 20 random acts of kindness with the El Paso Challenge hashtag.

Ruben not only challenges strangers on social media, he began spreading his message in person, too. When he and his mom were in Taco Bell, he walked up to a group of people and explained the challenge.