'She lives within him:' Five years after heart transplant, AlJ prepares to graduate high school

WFMY News 2 met the Burlington teen in 2016 when he got his heart transplant. Now, he's preparing to graduate high school. 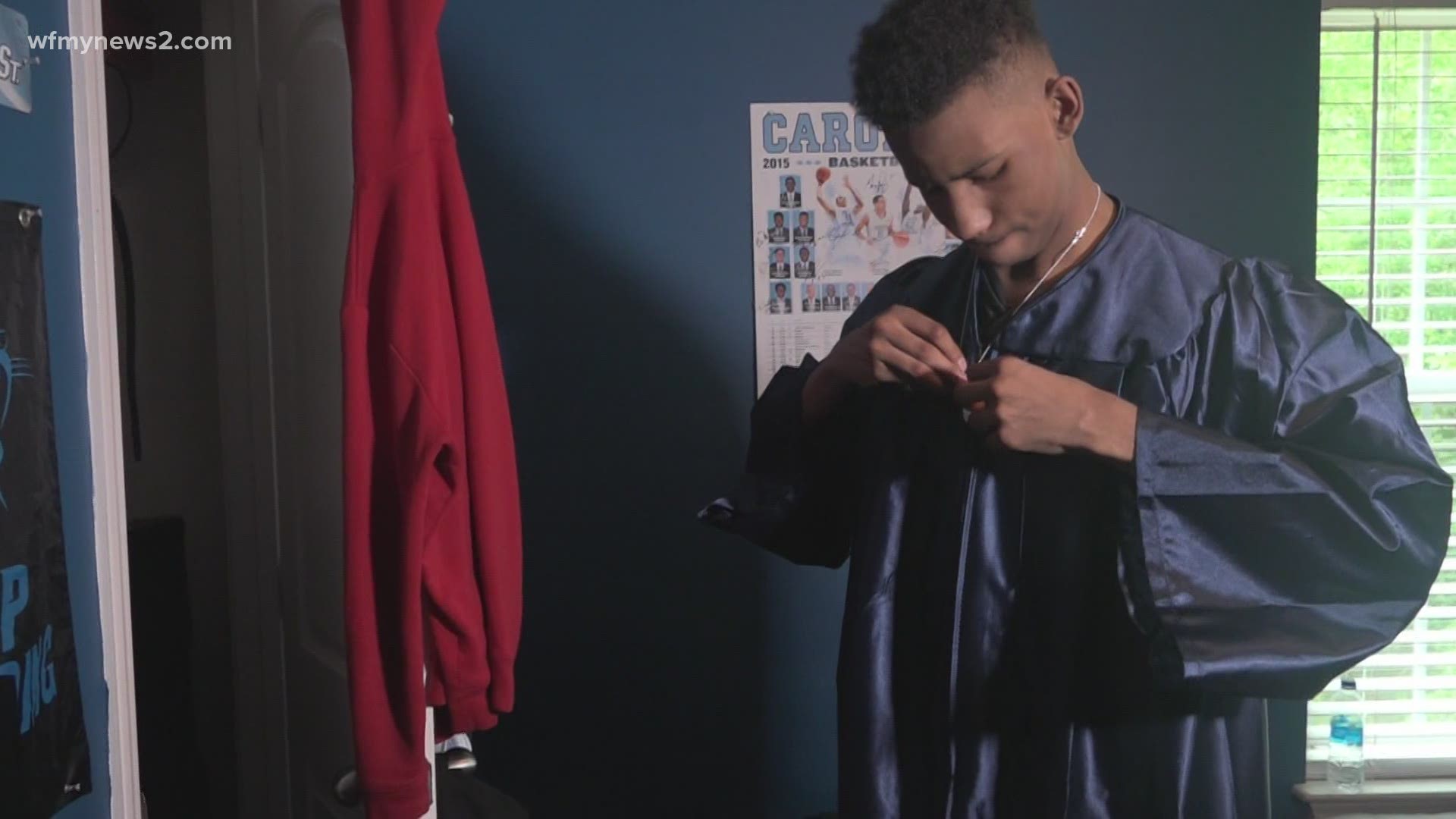 BURLINGTON, N.C. — Albert Jeffries - better known as AlJ - is feeling stronger than ever five years after a life-saving heart transplant and preparing to face another big moment in his journey.

The 18-year-old will graduate from Cummings High School in June.

"It's a new milestone for my life as well, knowing that I've made it this far with this new heart," AlJ said.

He lives much like every other teen now. AlJ spends hours on his computer for school work or playing video games.

A necklace dangles near his heart at all times. An engraved dog tag reads, "Katelyn" - the name of his heart donor.

"Katelyn is AlJ. She lives within him," His mom, Tina Turner said.

Katelyn Zimmerman died in a bicycle accident five years ago. It happened just hours after she told her grandmother that she wanted to be an organ donor.

AlJ was 13 years old at the time of the accident and sick in the hospital. He battled a heart condition from the time he was four months old.

AlJ was able to survive, thanks to an organ donation - Katelyn's heart. A few months after the transplant, AlJ and his mom met the Zimmerman family.

AlJ gave them a recording of his heart - Katelyn's heart - beating. The Zimmermans gave him his necklace.

"I think about Katelyn and her family and also the decision they made to give AlJ life, when he was clinging to life," Turner said.

It was a life-saving, life-changing gift and it got AlJ and his mom national attention.

The family appeared on The Ellen Show after the transplant. Ellen gifted them with a trip to Hawaii.

"We hang butterflies all over the (Christmas) tree to represent her," Turner said.

The last five years have also been full of trips and new adventures. AlJ can do things like ride carnival rides, run, and play basketball. Those are all things he could not do before the transplant.

The coronavirus pandemic has been a challenge for the family. Out of caution due to AlJ's weakened immune system, he and his mom spent most of the last year at home and away from family.

AlJ said quarantine was nothing compared to the time he spent isolated in a hospital room before his transplant. Virtual learning, he said, was an adjustment and he's looking forward to finishing his last classes.

Both are now fully vaccinated and are hopeful to resume a more normal schedule soon.

They are grateful that easing COVID-19 restrictions will likely mean a traditional high school graduation ceremony.

"He's been through so much and I'm just so proud of him that he's gotten to this point in his life," Turner said.

It will be a significant moment for the Cummings High School Senior, perhaps not possible without his new heart.

"It's a really big step for me because not many people saw me coming this far," AlJ said, "Now I can live a full life and continue on from there."

Katelyn's name will dangle in silver from its chain on top of his graduation gown and over the heart she gave him.

He's looking forward to the years ahead with love and gratitude beating in his heart.

AlJ plans to head to Guilford Technical Community College and then transfer. His goal is to become a video game designer.

AlJ's heart has shown no signs of rejection in the five years since his transplant.