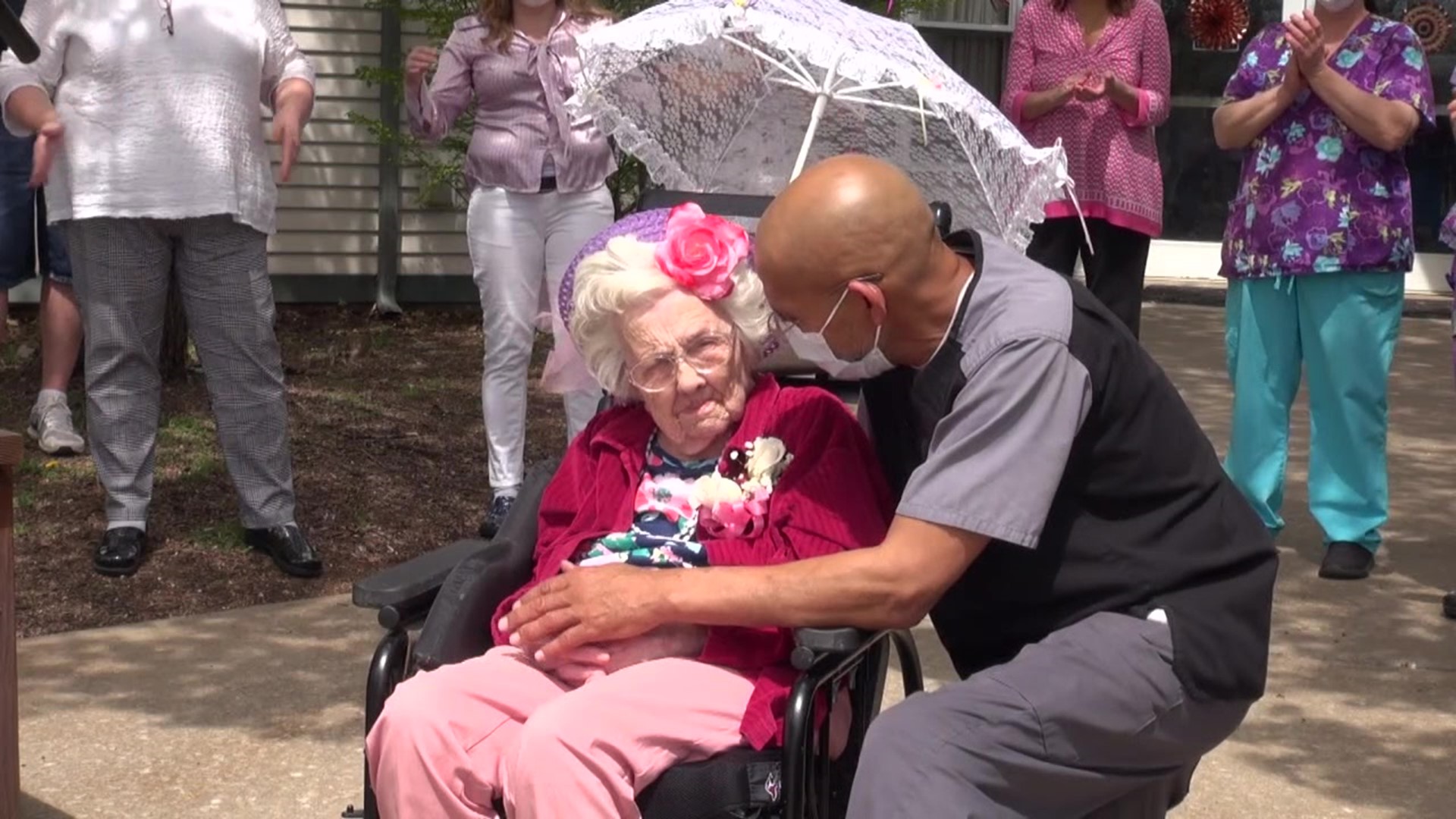 WAYMART, Pa. — Newswatch 16 has been attending the birthday party for one Wayne County woman for the last several years, and we always promise we'll come back the following year.

On Wednesday, we fulfilled that promise once again at Jane Carpenter's 110th birthday celebration at Wayne Woodlands Manor in Waymart.

Jane has trouble communicating now, but the staff at Wayne Woodlands Manor tells us she knows it is her birthday.

"I said 'Jane, I'm going to do your hair,' right in her ear, and she smiled," said Activities Director Sheryl Strasburger.

Everyone at the nursing home calls Jane "grandma," even the other residents. The staff jokes that Jane is actually old enough to be most of the residents' grandmother.

"I mean 1911? You know how much this country has changed since 1911 to 2021, and for her to have seen it all? She hasn't missed much," Edwards said. "She's going to outlive two pandemics. That's insane. She was around when the Titanic went down."

Jane does not have much family left, so the staff here at the nursing home in Wayne County wanted to make sure they planned something special.

"She's just so great to us. We need to show the gratitude towards her that she's very important to our soul," Strasburger said.

And Newswatch 16 promised we'd be back next year.