When Henry Boyer, 9, sent a letter to the University of Michigan Marching Band, he wasn't expecting this response. 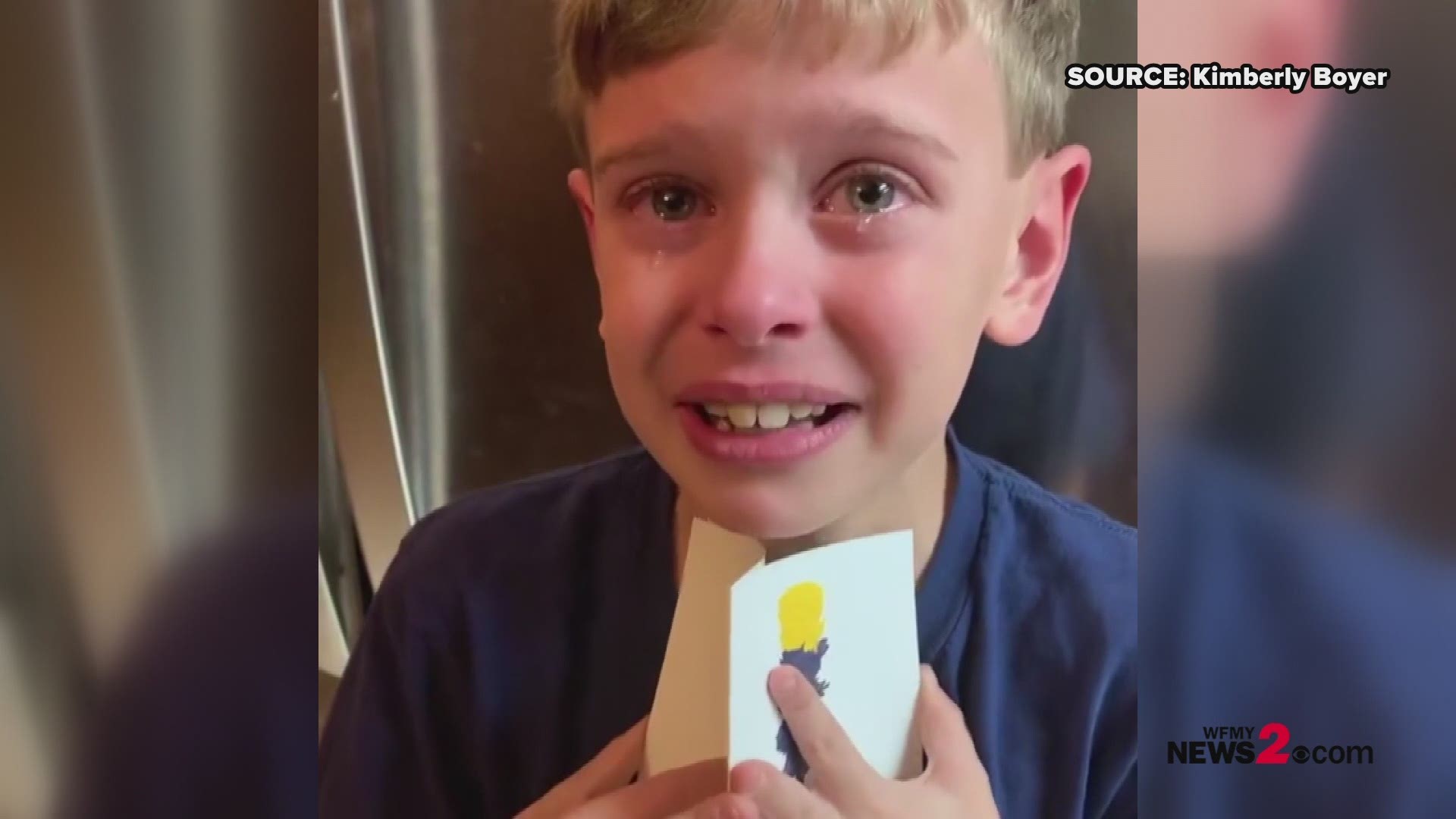 Henry Boyer, 9, never expected to receive gifts and an encouraging letter from the University of Michigan Marching Band after he sent in a letter expressing his interest to someday be a part of the team. The band’s response left him in tears.

“I was just expecting a card. I got all of that stuff [too],” Boyer said Saturday over the phone.

In December, he sent the band a letter that said: “I really like your football team, especially your marching band and I’d love to sign up for [it]. Go Blue!”

“I really wanted to write a letter to them and see if I could join,” he said.

On Tuesday, Jan. 7 he and his mom discovered a box in front of the door to their house. Henry saw it and started “sobbing,” according to his mom, Kimberly Boyer.

Inside the box was a Michigan Marching Band poster, two hats, a shirt, shorts and an encouraging letter.

“Thank you so much for your letter. We always appreciate hearing from fans,” the marching band wrote. “Please enjoy the enclosed items and wear them proudly. I heard that you will soon be choosing an instrument for band. Practice hard. We hope to have you audition for the Michigan Marching Band in a few years. Go Blue!”

Kimberly Boyer posted the video of Henry Boyer reading the letter in tears to her Facebook page. It has been shared nearly 2,000 times and has over 300 comments as of Saturday, Jan. 11.

Henry Boyer is using his “excitement” of the marching band’s response to propel him to achieve his goal of playing Michigan’s iconic college football songs on the field of the Big House someday. “I want to know how to play ‘Let’s Go Blue’ [on] the drums,” he said.

He plays piano and is learning how to play the drums. He says he will “practice hard like the card said.”

More stories on 13 ON YOUR SIDE: