In 2018, Britney White was killed trying to help someone else. Now, people from the Triad and all over the world have come together in support her so 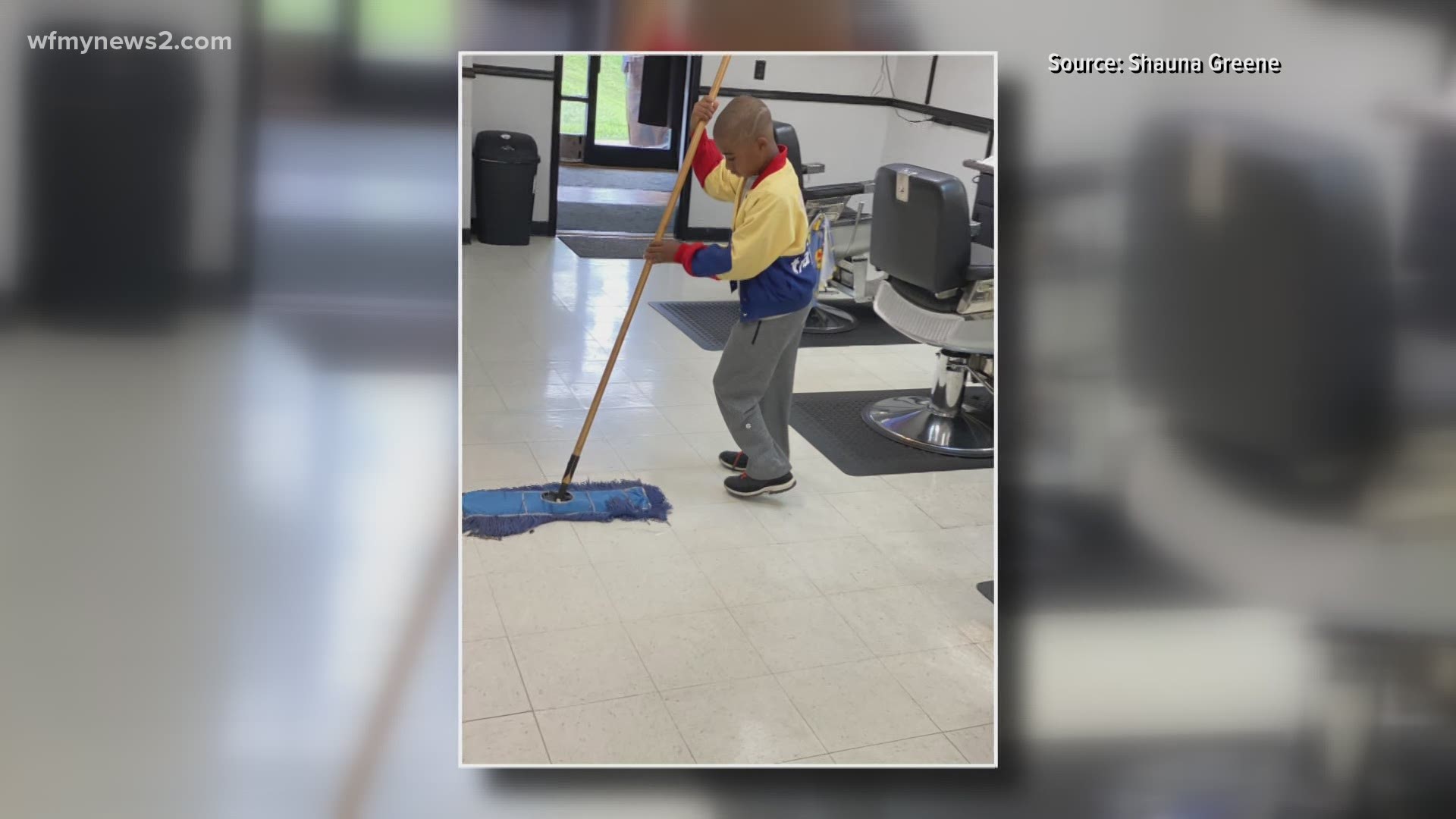 HIGH POINT, N.C. — In 2018 His mother Britney White lost her life trying to help someone else, who's car had broken down on the side of the road.

Now, people from the High Point community, the Triad, and all over the world have come together in support of her only son.

Ronald White is just 12 years old, although his mother was a victim of a unbelievable tragedy, he's stronger than ever.

Shauna Greene has been Ronald's barber for most of his life. So when she got the call about his mother, she knew she had to do something. Greene even attended Britney's funeral to support Ronald.

"Ronald came to the shop. I gave him a free haircut for the funeral. I even showed up at the funeral to show support. I'll never forget when Ronald saw me, Ronald had the biggest smile on his face and ran up and gave me the biggest hug, during the funeral".

And from that day forward, Shauna and Ronald have been inseparable. Ronald even asked Shauna to allow him to work in her barbershop.

"Shortly after, Ronald asked me if he could work in the barbershop. Because he wanted to help his grandparents pay bills at the house"

Ronald now works most weekends at Anointed Cutz in High Point as a sweeper, and he's the most popular person in the room. When I asked Ronald what the best part about working at the shop. His answer was short and sweet "I feel good when I'm at the barber shop".

The more time Ronald and Shauna spent together, the closer the two got.

"It makes me feel great, and it let's me know that I'm loved".

Greene says her relationship with Ronald is like a Godmother and Godson" Ronald talks to me a lot when he's cleaning. It's just things off the top of his head. One day he mentioned to me he said. You know what Ms. Shauna, I'm going to save me enough money and get me a dirt bike, and Imma ride my dirt bike."

So Shauna and Ronald's village of support made it happen. According to Greene all it took was a simple Facebook post.

"I just took a picture and talked about him cleaning the barber shop, and somebody made the comment and said, how bout we help him get a dirt bike."

Before Shauna knew it, her Facebook page was flooded with people who wanted to help.

"They was like what's your cash app. I put my cash app down. I think I woke up to about 18 hundred dollars. from people all over the world" and that was more than enough money for the dirt bike, plus more.

And so for his 12th birthday this March, Ronald's Village stepped up again.

"His birthday, people were inboxing me saying we know Ronald's birthday is coming up in March, what are we going to do? I'm like wow. Here's my Cashapp. They sent 32 hundred dollars for his birthday", and according to Greene, he still has money left over that's going towards next Christmas.

But Ronald has a special message for anyone that's lost a loved one.

"Don't think about it get something else on your mind. But just remember your loved one that past away. I don't think about when my mom died, but I still think happy thoughts."