Three days after reporting her car as missing, one Louisville woman found it, in the last place she expected: sitting on her street. 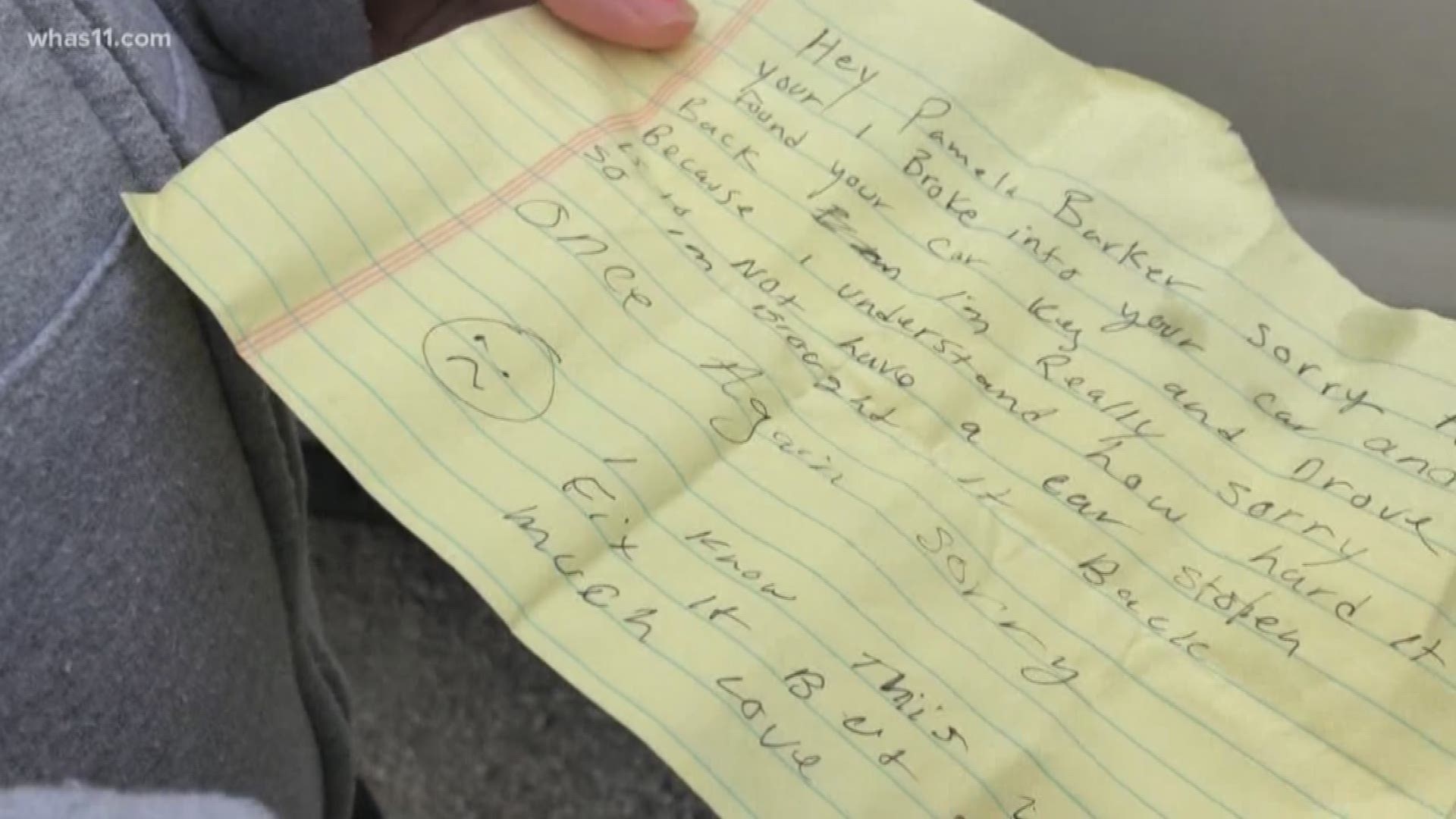 LOUISVILLE, KY -- Three days after reporting her car as missing, librarian Pamela Barker received the surprise of a lifetime, finding it the place she least expected.

Sorry about your car. I broke into your car and found your car keys and drove. I'm really sorry because I understand how hard it is not to have a car so I brought it back. Once again sorry. I know this wont fix it but oh well.

Much love for you."

Barker's car was stolen on Sunday, Nov. 4. She posted photos on social media and police confirmed that Barker reported the incident, hoping someone would help her find the car.

"I walked out the front door and it was gone and I'm thinking, 'Where is my car?" Barker said. "Everybody who knows me was praying, 'Please let her get her car back and let it be in good condition."

Barker said she hoped that her posts would help people spot the car, as it had peculiar markings. One person told Barker they saw the car in Shepherdsville, but nothing came of it.

Three days later, though, she found her car in the place she least expected: sitting in front of her house. Inside the car sat a letter from the apparent thief.

"I'm really sorry because I understand how hard it is not to have a car so I brought it back," the letter read.

Barker said she was shocked.

"I just couldn't believe it," Barker said. "The thief returned to the scene of the crime...it's like who does this, you know?"

The apparent thief only got so far before regret rolled in and empathy took over.

While Barker does not know who stole the car or where they drove it, she said she accepts the apology.

"I really think this person is just going through a hard time," Barker said. "But [they] brought it back so it's all good as far as I'm concerned. [They] made it right."

WHAS11 confirmed that Barker's story is true. Police said Barker did report the car was stolen on Sunday as well as recovered on Wednesday, and Barker showed us receipts from the rental car she used in the meantime.

Barker said she is grateful to have her car back, and happy that it seems like she was able to help someone in need.

"I just feel such joy and gratitude because I could help somebody," Barker said. "[They] needed my car and [they] brought it back."