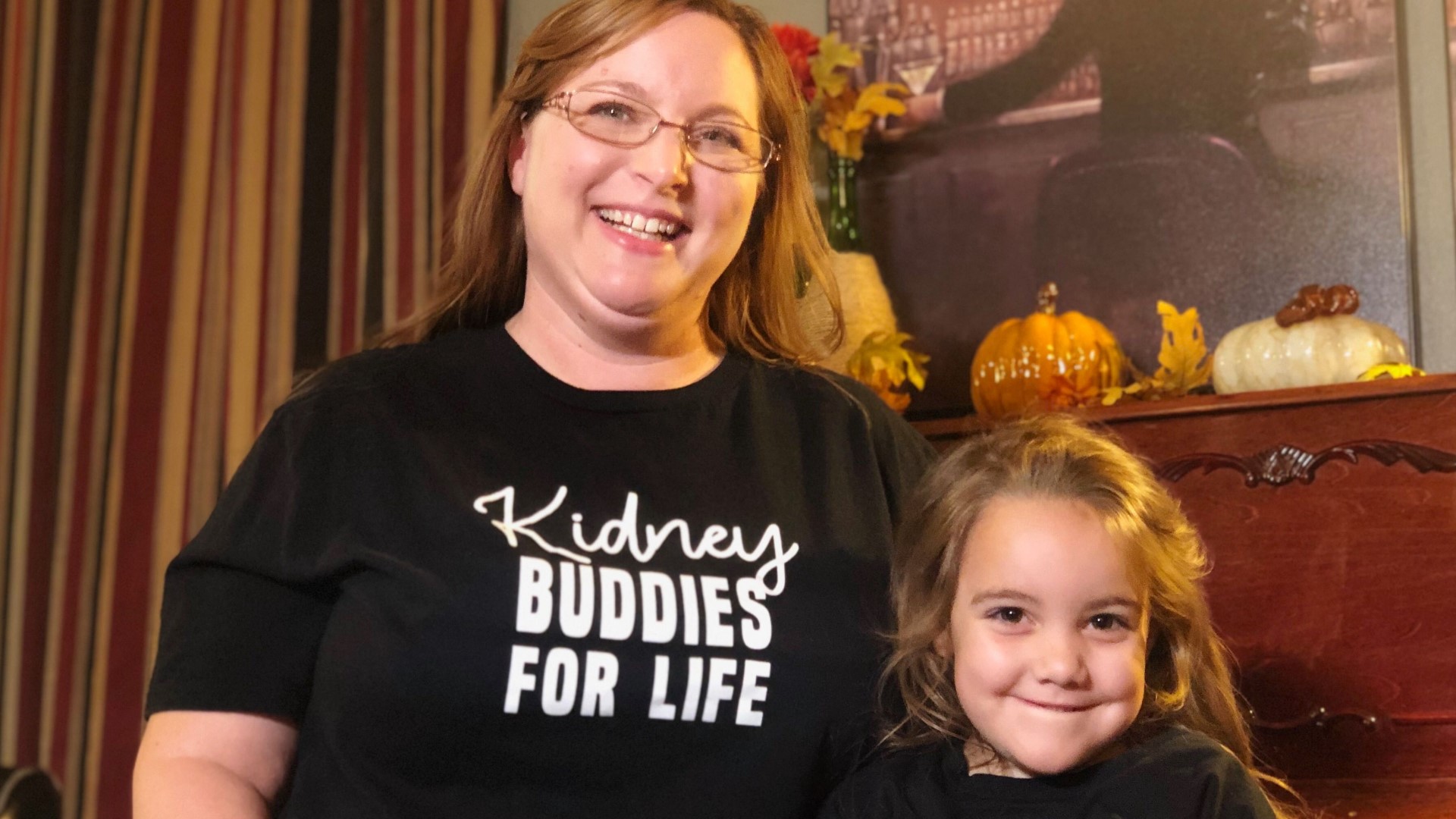 Braylin McMullen is getting a new kidney.

That means the four year old will no longer need to undergo dialysis, like she has over the past year. She can go off most of her medications and will be able to eat almost anything she wants. Her first meal of choice is mac and cheese.

Braylin’s kidney started failing last year, after a series of complications that began when she contracted E-coli from an unknown source. She spent months in the intensive care unit, suffered liver damage, had part of her large intestine removed, and was diagnosed with diabetes.

Before the summer, Braylin could only go to school twice a week. The other three days, Megan, her mom, had to drive her to the hospital to get dialysis for about three hours. In August, UC Davis Children’s Hospital provided Braylin a peritoneal dialysis machine and trained Megan to administer it while Braylin sleeps at night.

After her mom posted to Facebook Braylin needed a new kidney, she said multiple people reached out asking for Braylin’s information so they could get tested to see if they matched and could become donors.

“I was having some medical problems so I couldn't," Megan said. "So, I think that made it even harder for me to put it out there because I'm supposed to be the one that should be giving, but I can't.”

When Robin Bogdanoff saw that a girl from her own town of Wheatland was in need, even as a stranger, she decided to get tested.

“Call it a mother's calling. I can't fathom anyone being in Megan's shoes and knowing that your child needs something like this and having to reach out to strangers,” Robin said. “All of the testings just went by so quickly and very easily and to me, it felt like I was meant to see her message.”

Although Braylin could live on dialysis for a really long time, Megan said, Robin’s donation is saving her daughter's life.

According to the National Institutes of Health, “living donor recipients continue to have better long-term patient and graft survival rates” rather than recipient kidneys coming from a cadaver.

“I think the average lifespan of a living kidney is like 15 to 20 years whereas a deceased donor is like 10 to 12 years,” Megan said.

When donor and recipient met for the first time, Braylin hugged Robin with the familiarity of a relative. Robin gifted Braylin a t-shirt matching hers that read “Kidney Buddies for Life.”

FOR NEWS IN YOUR COMMUNITY, DOWNLOAD THE  ABC10 APP: