RANDOLPH COUNTY, N.C. — *Editor's note: Attached video is from 2018 after Emma was rescued.

It's been a year since a baby was kidnapped in Randolph County.

Now, the little girl is meeting the heroes who rescued her.

The Randolph County Sheriff's Department posted photos of deputies and Emma Grace to their Facebook page. 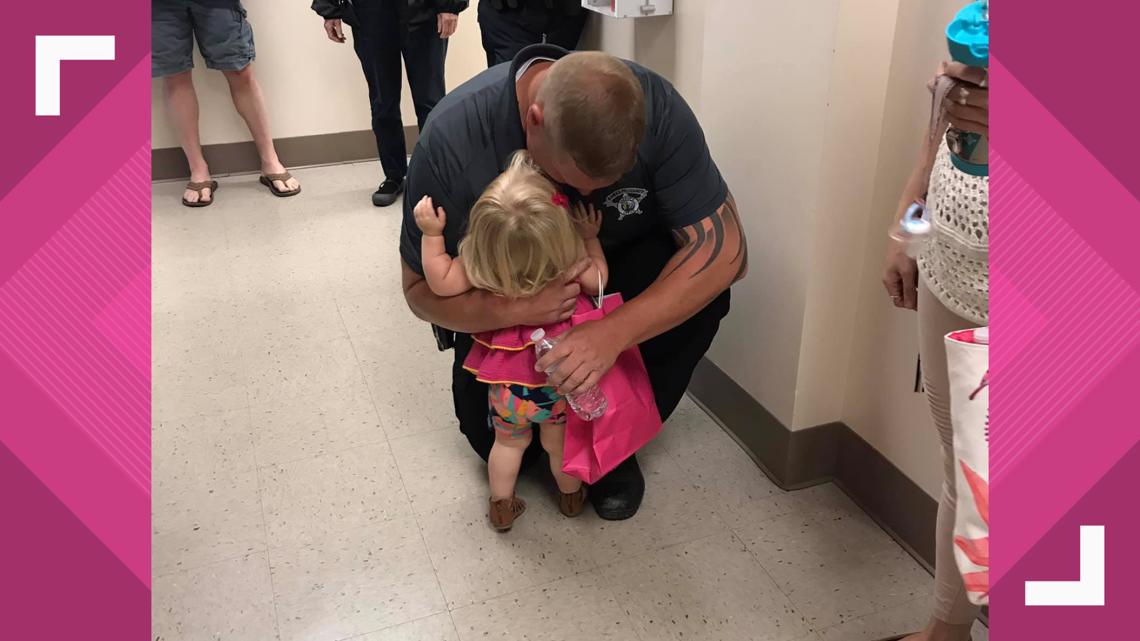 Emma's family says without them, they would never have Emma Grace back in their arms.

RELATED: 'It's the Greatest Feeling in the World': Deputy Who Was First Inside To Save Emma Grace

She was just 7 months old when she was taken by her father who did not have custody.

The abduction prompted an Amber Alert.

Carl Ray Kennedy pleaded guilty to several charges earlier this year. He was sentenced to six years in prison.