Teens shovel driveways for elderly and single moms in Kentucky

An enterprising group of young men have been going out in the cold every day to help clear sidewalks for people they don't even know. 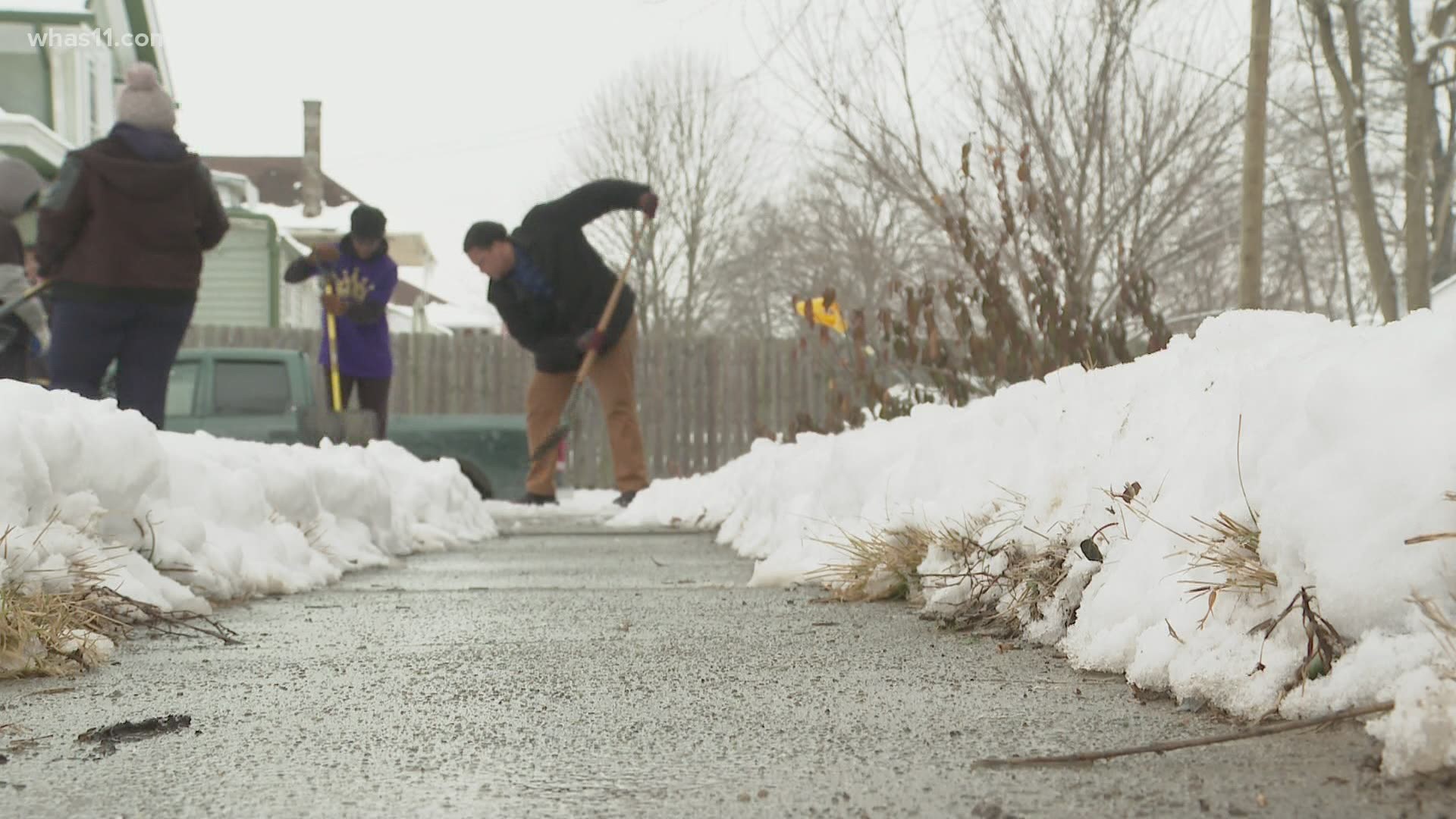 LOUISVILLE, Ky. — We've heard it over and over, check on your neighbors, especially the older adults during these winter storms.

One organization is doing just that, one shovelful at a time.

"We're doing a good job," said 16-year-old Daniel Flowers who is one of the boys with 3 Kings Ministries have been out for days now shoveling driveways and walking paths. Flowers says they get around ten driveways cleared a day.

The focus is mostly on the elderly and single mothers. "We came through the West End and saw how the roads were not clear, their walkways were not clear, people were falling and slipping. So we wanted to do our part and help make it safer for the community,"  said 3 Kings Ministries Founder, Andre Smith.

There are two groups that go out, one in West Louisville and another in East Louisville. "Since we started a couple days ago, my phone has been ringing non-stop," said Smith.

3 Kings Ministries is a mentorship program for inner-city teens or those in foster care. "We want to give purpose to these boys and doing it in the community where they're raised and born, it's worth doing," said Smith.

Instead of staying in the warmth of their homes, these teens are out in the cold for hours, shovels in hand.

"You know it's not always easy but you feel good that you helped somebody get to their job, provide for their family. It feels good. It feels good," said Flowers.

The teens are paid for their work through donations, they also get mentorship on opening bank accounts and handling money. "This is our community, who better to take care of it than us," said Smith.