Soldier returns from Afghanistan to surprise his kids at school

KTVB captured the emotional reunion at Park Ridge Elementary School in Nampa during a student assembly. 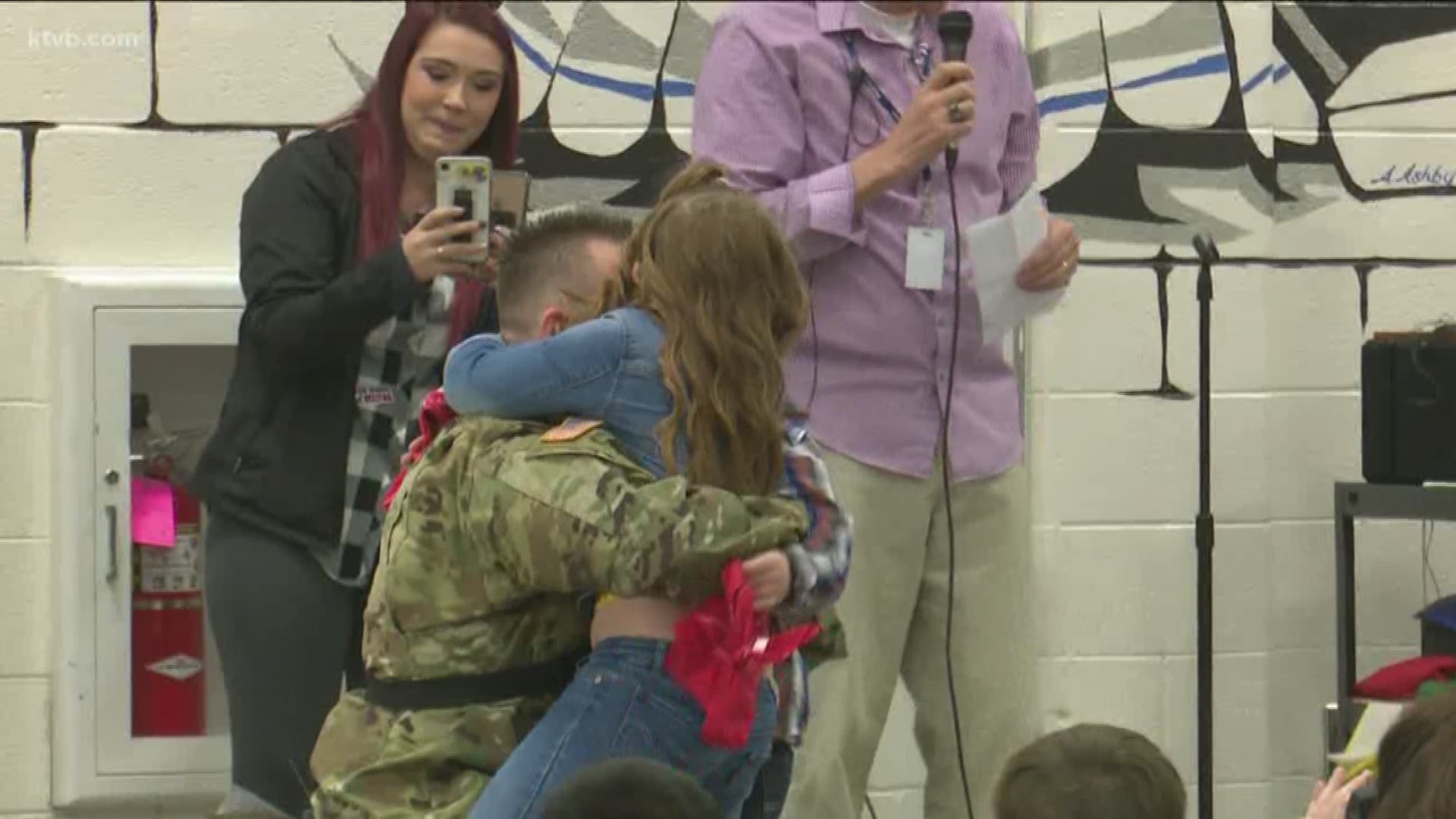 NAMPA, Idaho — You might need a box of tissues for this emotional reunion between National Guardsman Dyan Duniec and his two children during a student assembly at Park Ridge Elementary School.

Duniec is back home after spending eight months in Afganistan for the next three weeks and surprised his daughter Chelsie, who is in first grade, and his stepson Justyn, who's in kindergarten on Friday morning.

"I couldn't wait for them to run to me and hug me so I could finally cry," Duniec said. "I was holding that back really hard. I can't think of anything else I'd rather do than being with my kids. I told them I wanted January, and they said 'nobody else wants January, so go ahead.'"

He told KTVB that he plans to spend a lot of the time he has with his children at his daughter's cheer practices and his stepson's guitar lessons.

"I think it was amazing - I don't know, there's no other word for it... making an assembly just for this it's great," he said. "I think I'm gonna take these guys out to eat and go play. I don't know yet. I was more worried about getting here than anything."