Carson's new business adventure, Tasty Pickles By Carson, actually stemmed from a happy accident. Carson's mom said her son was completing a school project and well, the rest is history. 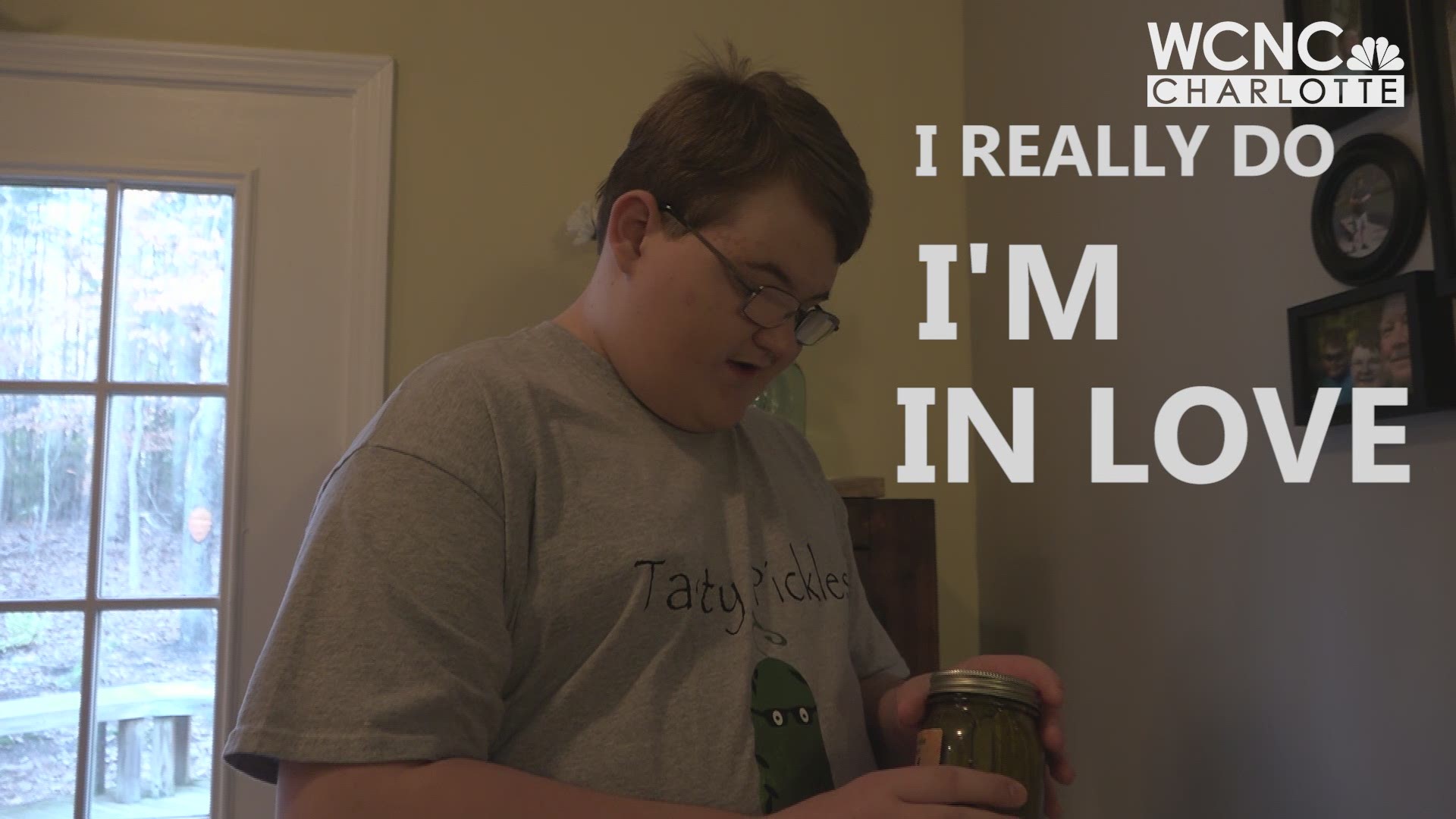 TROUTMAN, N.C. — Carson Lester always knew he loved pickles, in fact, every day since the fourth grade Carson's parent would pack him two spears of pickles in his lunch box for school.

It's no wonder this bright kid turned his love for the fruit into a booming online business.

"Carson just can't get enough of them [pickles]. He will eat an entire jar for supper if I let him," Carson's mom Debra Lester said.

Carson's new business adventure, Tasty Pickles By Carson, actually stemmed from a happy accident. Carson's mom said her son was completing a school project and well, the rest is history.

"His teacher assigned an agricultural project, which is called SAE, and the project is designed to take agricultural learning from the classroom and have the students apply it through a project in real-world situations," Carson's mom said.

Immediately Carson knew he wanted to be an entrepreneur. In fact, his parents said Carson is known for jokingly saying, "I don't want to be famous, I want to be rich."

It's that mindset, and his passion for pickles, that has really allowed the South Iredell High School and I-SS Career and Technology School (CATS) student to thrive in the pickle business.

"Yeah I really, do," Carson said about putting his whole heart and soul into his pickles. "I am in love with this business."

As Carson began making pickles for his school project -- he chose to give jars away to family members and friends. It never occurred to him people would actually want to buy his pickles.

"We gave one away and then everyone started suggesting pickles," Carson said.

Carson's mom said as her son began producing more and more pickles she noticed he was becoming more business oriented.

"It just kept developing into something more serious and the novelty became more business oriented and we realized that we think there's a niche not only for Carson but for the market," Carson's mom said.

For Carson, his pickle business is especially beneficial for his social skills. Carson has autism and his parents said Tasty Pickles by Carson is really helping him to interact with others and hone in on his business skills.

"This business is everything to Carson," his mom said. "It's not only his passion, but it's also been a game changer in his life. He's been able to improve socially, emotionally, academically. He seems happier in just every realm of his life."

Carson has had a lot of help from his community when it comes to running his pickle business. His friend Jacob will come over on Saturdays and help slice and dice pickles. Jacob refuses to accept payment for his help -- he just gets paid in pickles.

Other members of Carson's community also help the teen out by donating supplies to keep Carson's business afloat.

While Carson's business is doing really well, he is taking orders from around the country, Carson hopes to one day open his own greenhouse to grow his own cucumbers.

"I want to eventually get a building and maybe sell some until I get enough money to build an empire," Carson said.

To ring in the New Year, Carson and his family hung a huge inflatable pickle from a large tree in their backyard and dropped the pickle from the tree.

"Carson was able to ring in the new year by dropping a pickle," Carson's mom said.

Carson has a handful of different pickle flavors available for purchase through his website here. Some of the most unique flavors include spicy dill, sour dill and sweet heat.

You can also purchase t-shirts and donate money to his business through that link.