A family who had a special interaction with the officer gifted him a stuffed animal version of his K-9 partner, who passed away in early December. 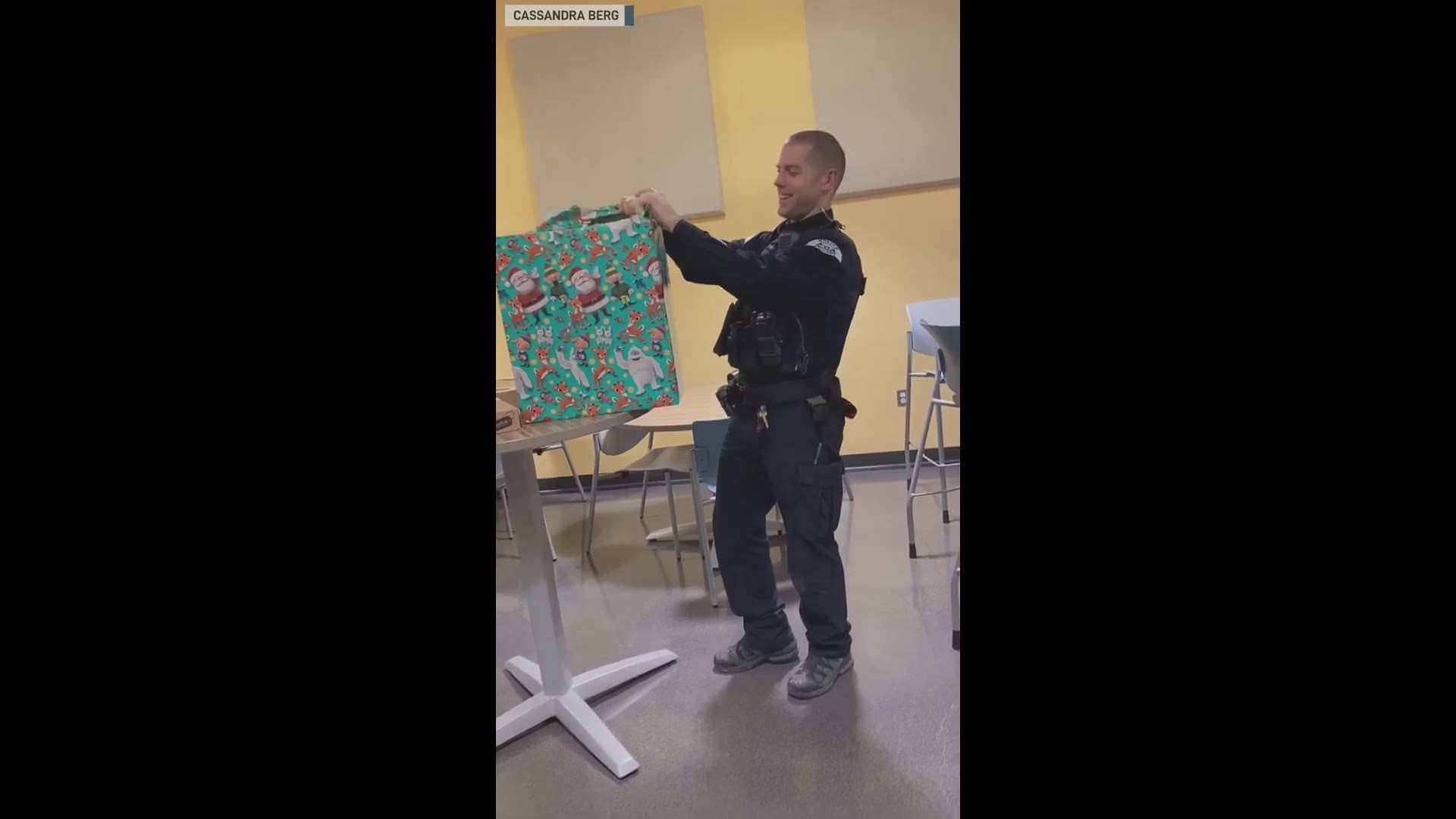 PASCO, Wash. — An officer with the Pasco Police Department received a moving Christmas gift this week.

K-9 Officer Lemon passed away in early December after what the department called a medical crisis. He served the Tri-Cities family along with his handler, Officer Josh Madsen, for eight years before retiring in November, according to KEPR-TV.

The K-9 officer had returned to work in October after recovering from emergency surgery but had been showing signs of complications.

Madsen received the gift made with K-9 Lemon in mind from a family who says both officers had a big impact on their lives.

The Berg family, who the Pasco Police Department said had a “special interaction” with Lemon and Madsen on a call, took several photos of Lemon and had them sent off to make a stuffed animal version of the pup for the Madsen family.

“It was a great reunion and we are so thankful for their permanent reminder of #K9Lemon!” the police department wrote on Facebook.

The video, shared on Facebook by Cassandra Berg, shows Officer Madsen in tears upon receiving the gift.

Berg called the moment "very intense," adding that she did not expect the gift to impact Madsen the way it did.

"It was the least I could do for him after all he did for my family!" Cassandra Berg wrote in a message to KREM on Thursday.

Berg said she and her family were going through a "really rough time" when they met Madsen, who invited Cassandra and her children to meet the K-9 officers.

"He pretty much put my family back together by the day just being that special! I hadn’t seen my kids so happy! He gave us hope back and faith that everything was going to be ok!" she wrote in another message to KREM.

RELATED: Purrr-fect: Here are the best animal stories from 2019