Sandi Johnson's shift at Salem Health started like a normal day. But it turned into so much more. 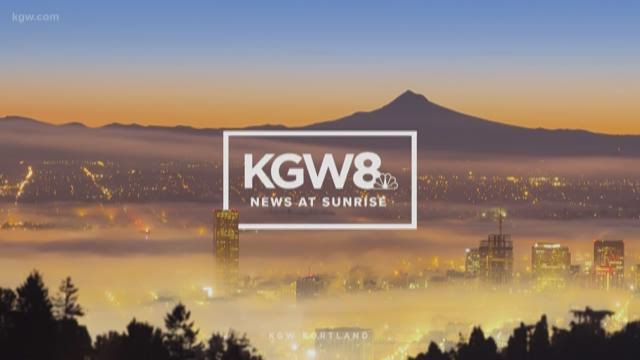 He seemed a bit nervous, but not because of an impending doctor’s diagnosis or test results.

He was there to surprise his wife, Sandi, an ER nurse.

With help from Sandi's co-workers and Jason's fellow soldiers, who sacrificed so he could make an early return from his overseas deployment, the top-secret mission was executed without a hitch.

The heartwarming homecoming was captured on video by hospital staff and posted March 6 on Salem Health’s Facebook page.

I'm told no patients were neglected and no treatments missed during the arrangement or videotaping of the reunion.

It happened on Jan. 7, their one-year anniversary. Sandi was nearing the end of her night shift, what she called the “5 o-clock lull.” She had no idea what was going on behind her back that early Sunday morning.

Planning the surprise around the shift change was strategic on Jason’s part.

“Part of my timing was making sure that her replacements would be there and she would be able to go home afterward,” he said.

It was a normal shift for Sandi, if there is such a thing at the busiest ER in Oregon. She has been a nurse at Salem Hospital for nearly four years.

On that morning, the charge nurse kept her distracted, talking to her about something work-related, while one colleague prepared the exam room and another whisked Jason into the ER without Sandi noticing.

Laying the groundwork for the surprise was a monumental task for Jason. It started in the Middle East, where he was deployed with Golf Company, 1st Battalion, 189th Aviation Regiment. That’s the medevac helicopter unit based in Salem. Originally called the 1042nd Medical Company, it was renamed twice due to restructuring in the Army National Guard.

He has been in the Oregon National Guard for 26 years, nearly 20 with this unit, and has been on four deployments overseas. He said the most recent include operations in Syria, Iraq and Kuwait.

Originally, Jason hoped he would be home by Feb. 9, his birthday. But the return window is always sketchy, no matter what the deployment. A family seldom knows exactly when its loved one will be home.

Both he and Sandi lamented that they would miss their first anniversary together. They got married Jan. 7, 2017, three weeks before he left for Fort Hood, Texas, for pre-deployment training.

The couple met through a friend in an EMT class about 10 years ago and have a blended family with five children between them.

Jason and Sandi saw each other for two days last April in Texas before the unit left to provide air ambulance support and help save lives throughout the Persian Gulf region.

As the deployment was winding down, Jason began plotting to return home in time for their anniversary.

“I tried to keep the limited communication random so she wouldn’t guess,” he said. “I did tell her, because I know she’s a worrier, when I got out of Syria and was back in Kuwait."

Along the way home, he did whatever he could to move up in the post-deployment process order.

“I had to beg, borrow and bribe people to get ahead in the lines,” he said. "I did pay a person to take their place in line and at the end, I had a good buddy in the unit the same amount of time who took pity on me and let me take his spot.”

His buddy had to wait until the following week to return home.

As for the scheming that went on behind the scenes in the ER, it didn't hurt that Jason once worked as an ER technician at Salem Hospital. He had connections.

Nothing seemed out of the ordinary to Sandi that morning. The charge nurse, after seeing that the stage had been set, wrapped up their conversation and asked for some help with a patient.

“I foamed up to wash my hands for patient contact,” Sandi said, “and there was my husband instead."

It was 5:41 a.m. She noted the exact time she pulled back the curtain and saw Jason lying on an exam bed in his uniform.

"Happy anniversary!" he said as she came around the curtain.

Sandi had a huge smile on her face, and they quickly embraced.

"I was in total shock," she later said, fully not expecting him home for another month. “It was really a collaborative effort to bring us together."

She didn't cry at that moment — "I'm not really a crier" — but there were plenty of tears shed by others.

One of Jason's favorite memories from that day was what he noticed as he was sneaking into the ER.

“As I was walking by everyone, they saw me in uniform and knew what was happening, and everyone in the ER started crying,” he said. "It was pretty neat to see how moved everyone else was.”