WINSTON-SALEM, N.C. — We all have our special way of thanking people. Regardless of the act, some of us text, send a handwritten card in the mail or call. However, one family took it to another level and bought a billboard. They wanted to thank an entire staff at a Winston-Salem children's hospital.

The child's father said it is the best way to thank the staff for caring for his son. He put the message on full display for anyone driving on Business 40 near Brenner Children's Hospital, which is near the Wake Forest Medical Center campus. 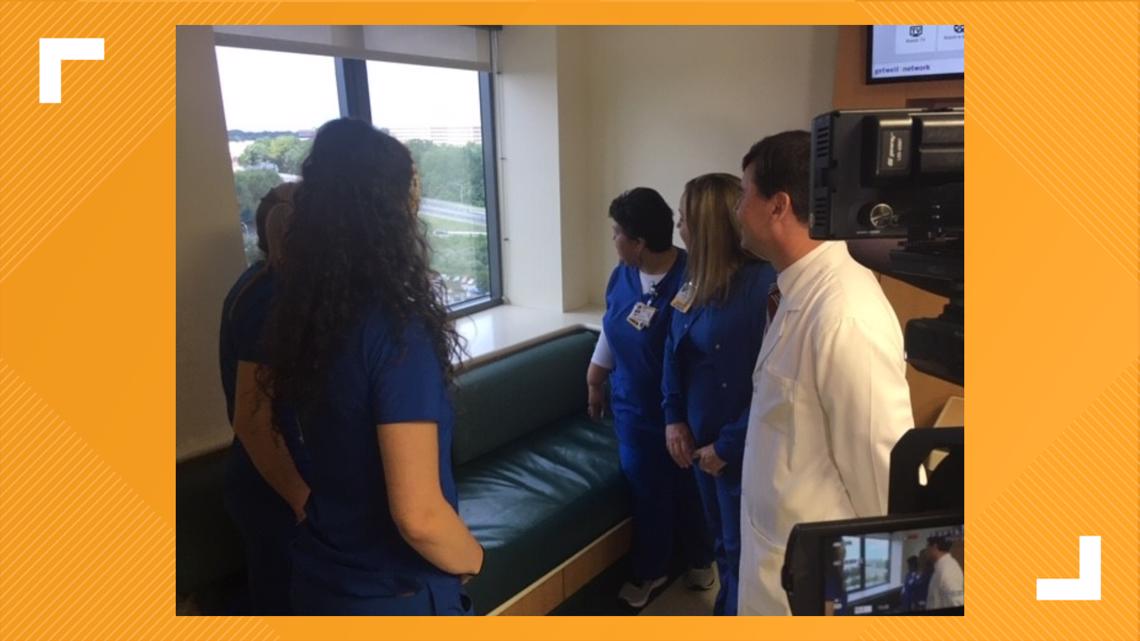 The message reads "To the entire Brenner Children's 8th Floor Team, Thank You. Baby D (and family)." The billboard can be seen from the 8th floor of the hospital.

WFMY News 2 ask the father about the billboard, and he said they used to look at it everyday when his son was being treated there. His son's room was on the eight floor. After leaving, he figured it would be a better way to express his gratitude. Also, it kept them from having to write so many thank you cards, he jokingly added.

'Strong They Are' At Brenner Children's Hospital