When the day started the two people were complete strangers, now they're forever connected. 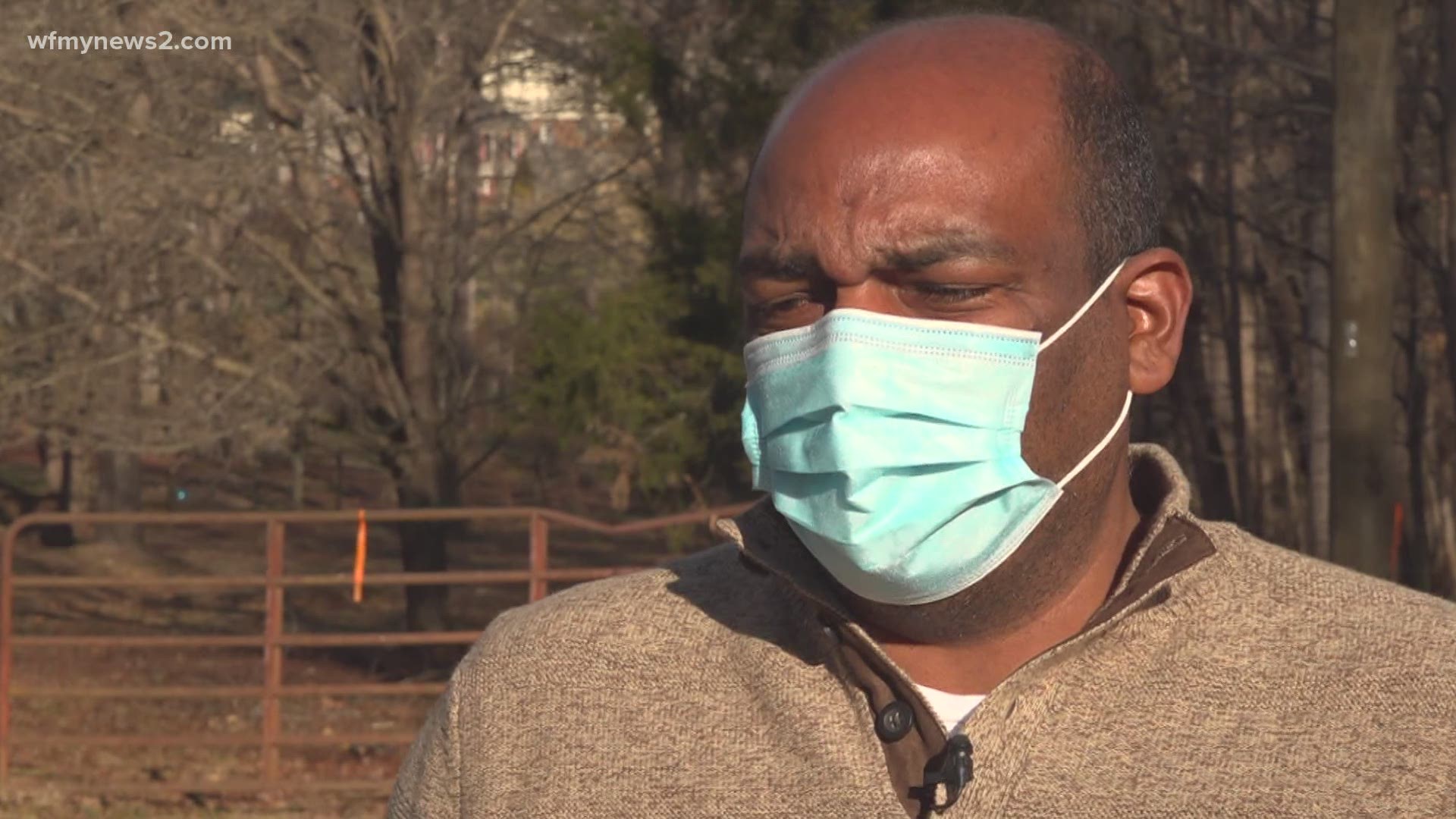 WALKERTOWN, N.C. — What started as a normal Saturday for Livingston Paula turned into a day he and one of his neighbors Mark Wall will never forget.

Both Paula and Wall live on La Crest Court in Walkertown. This private dirt road is usually quiet and the residents that live off of it are even quieter.

One day Livingston and his wife were headed out shopping, and they saw a car on the side of that dirt road, and the people inside looked like they needed help.

So Paula and his wife immediately pulled over to see what was going on, and there they discovered Mark Wall unconscious laying in the grass. According to Livingston "you could see the blueness in his face".

Fortunately for Mark, the paramedics were able to stabilize him on the way to the hospital.

After a couple of weeks recovering in the hospital, Mark and his wife were determined to find the man who saved his life.

"My wife saw the car in the driveway, and that's when we knew it had to be them". So a couple days after Mark returned home, he bought a fruit basket and went to thank the Livingston and the Paula's for all they did for he and his family.