The post office renamed to honor Chambers is located in the 2500 block of Derita Avenue in Charlotte, which is in Rep. Alma Adams' district. 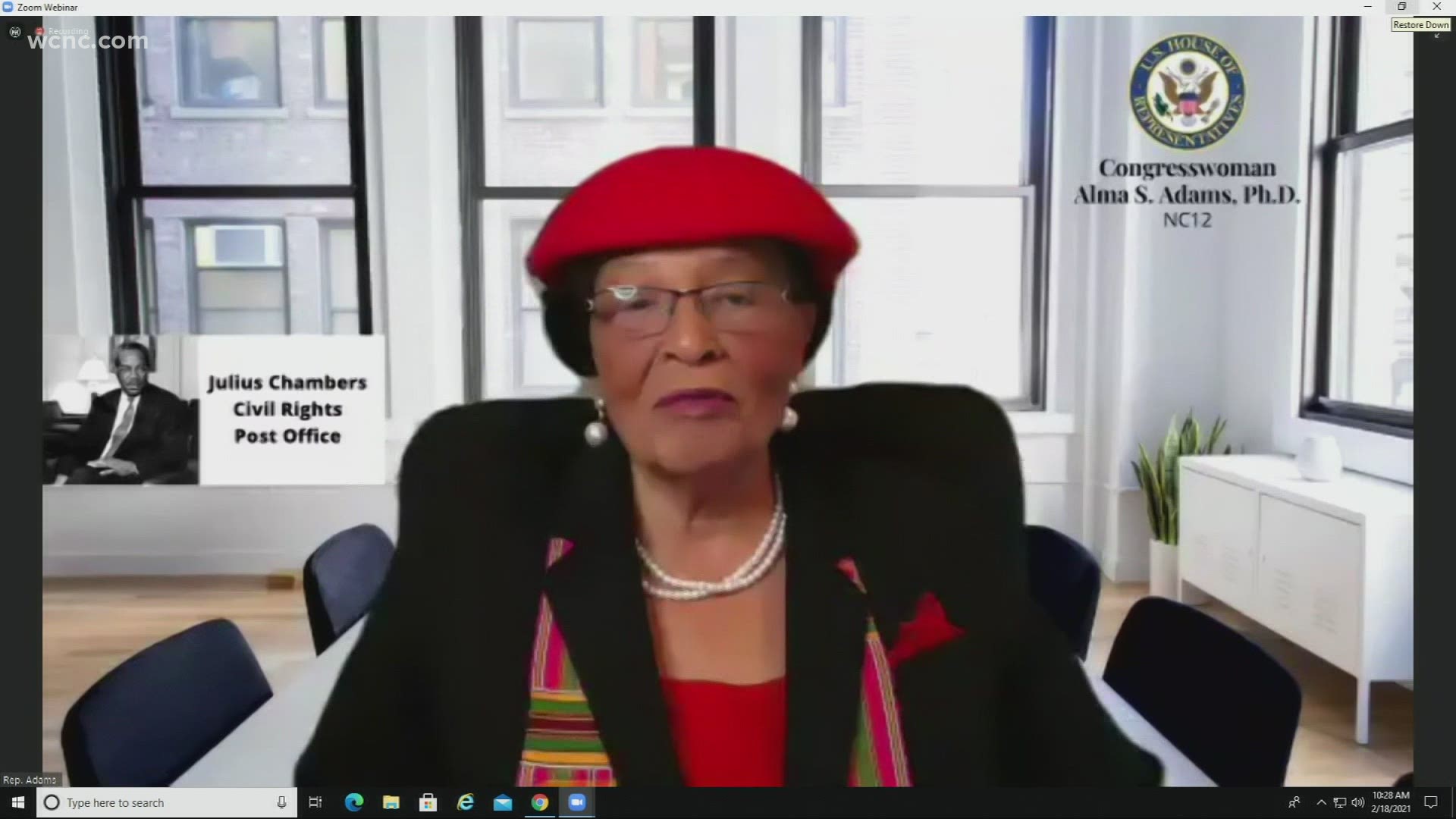 Chambers was a lawyer, educator and civil rights leader in Charlotte. Chambers often said he entered the legal field after his father experienced discrimination and struggled to find a lawyer to defend him.

Chambers served as chancellor at his alma mater North Carolina Central University after litigating for years for the NAACP Legal Defense Fund in New York City. He passed away in 2013 at the age of 76.

RELATED: NC honors Julius Chambers for his work for state

“My state and our nation are undoubtedly better for the life of Julius L. Chambers," Rep. Adams said in defense of the bill. "During this Black History Month, I hope that my colleagues will join me in voting in favor of this legislation and help me honor this civil rights legend in a community he worked so hard to improve.”

“On behalf of the Chambers Family, we are humbled and thankful for this great honor," Derrick Chambers, son of Julius Chambers, said.

The post office renamed to honor Chambers is located in the 2500 block of Derita Avenue in Charlotte, which is in Rep. Adams' district.

This is Rep. Adams' second bill requesting to rename a U.S. Post Office to honor civil rights icons. In 2016, a measure was put forth to rename the Center City Post Office in Winston-Salem after legendary poet Maya Angelou.

Rep. Adams often shines a light on post office issues in the House of Representatives.

In 2018, a portion of Interstate 85 in Charlotte from U.S. Highway 29 and Interstate 77 was dedicated to Chambers.