It's a tradition he almost gave up, watching his wife, his Mrs. Claus battle cancer. 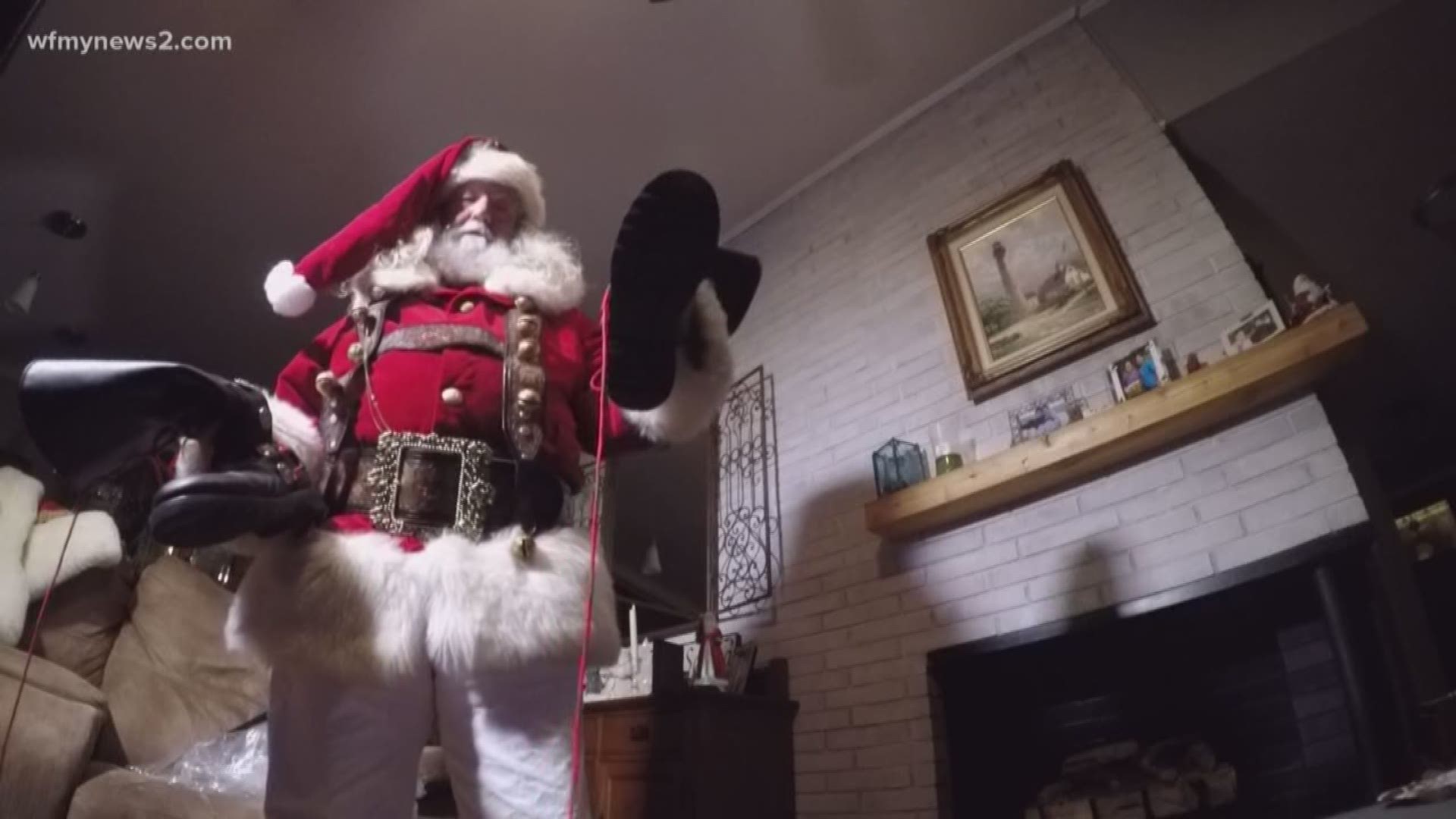 SUMMERFIELD, N.C. - Charles Welke is one of Santa's certified helpers, dressing up as Saint Nick for kids all across our area to help with all things North Pole. It's a tradition he almost gave up, watching his wife, his Mrs. Claus battle cancer. But he made her a promise not to retire the red suit anytime soon while fulfilling his promise to Santa.

Outside his Summerfield home, and inside Christmas is taking shape, as Welke prepares for another busy season.

Looking at him now, you'd never know the tradition started with a cheap suit, and fake beard.

“And then I realized, hey wait a minute, I have white hair and a white beard so I grew my own,” he joked.

His beloved wife of 25 years, Suzanne, dressed up as Mrs. Claus, reluctantly at first.

“I brought her out of her shell, and the first time she did Mrs. Claus, she loved it,” he said.

It was a holiday tradition they carried out together. Then, three years ago, doctors found she had an aggressive form of brain cancer. This Santa feared, he couldn't continue the part alone.

“She started getting her memory back after most of the tumor was taken out,” Welke said, “She realized that I was her husband but she didn't remember my name. And that's when I told her, babe - I can't do this without you. She shook her finger at me and she said, you need to be the best Santa you can be. So I couldn't, I couldn't stop.”

Welke didn't stop and says he won't. It brings him just as much joy as it does, the kids who meet him.

“The things that you bring out and children, you know, the innocence and the beliefs...it's incredible,” he said.

Now, he has other helpers, and other friends, who play Mrs. Claus.

“It’s tough every Christmas, but this kind of keeps me above water,” Welke said.

Immersing himself in the holiday spirit, donning the specially made suit, and brightening a child's world gives him purpose and a chance to carry on his late wife's request, and memory.

All of the money he raises goes to his favorite charities. This year, he'll donate to a group that trains service dogs in Florida, called ‘My Angel With Paws.’