'We're Just Loving Him While He's Still Here:' Man With Cancer Rides in His Semi Truck One Last Time

Fred Martin helped military families move around the country as a furniture loader for 30 years. Now doctors say he only has six months to live. 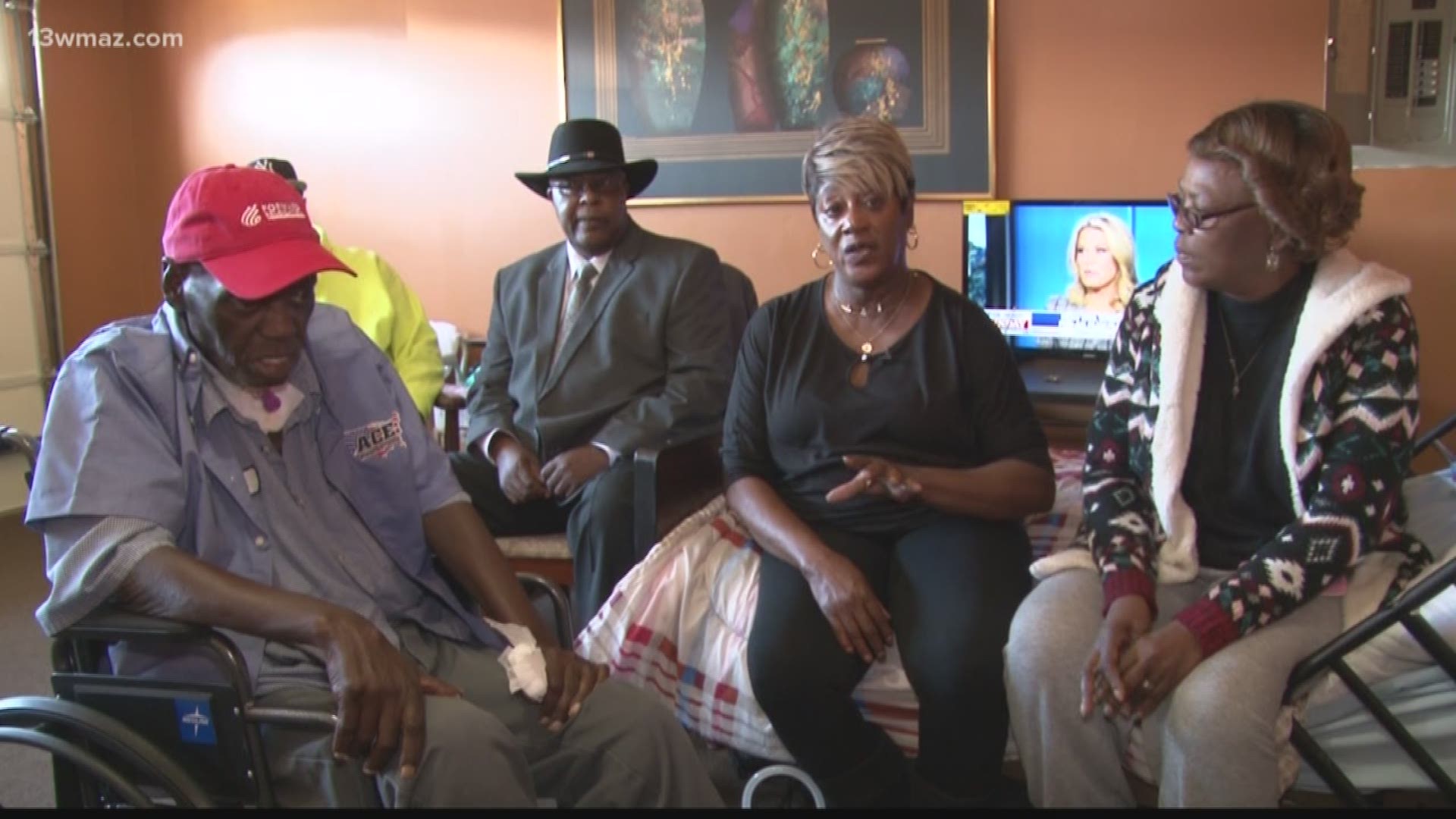 MACON, Ga. — With only six months to live, one Macon man wanted to do something for the last time.

He helped move military families across the country alongside Billy Sisk and Robert Bost.

"Fred would just keep working on, just real steady, all the way through," Bost said.

"He stayed on them all day. We would pull up on the job and tell him, 'You run the show,'" Sisk said.

Sisk was working with Martin when he started noticing his declining health.

"He started hacking up and brown stuff started coming out, and I said, 'man you need to get to a doctor,'" Sisk said.

Doctors found a cyst in his esophagus that turned out to be cancer.

"He had an operation then, and you know it went into remission," Martin's companion, Sandra Capers, said.

"The doctor said he could come back to work, so we were sitting back waiting," Sisk said.

Capers said the cancer came back again this year in March.

"Then one day she called me and asked me to come over and see him. We came back and saw him, and he said his last wish was to ride in this truck one last time," Sisk said.

With an estimated six months to live and cancer in his lungs and bones, all Martin could think about was one last beautiful ride in his beloved 18-wheeler.

It was a small favor in return for Martin's big heart.

"He's been my best friend since I've met him. He's helped me a whole lot," Capers said.

"You can trust him with anything, just like a brother, and that's what he actually became to both of us," Bost said.

"We're just loving him while he's still here. The doctor put a time limit on it, but it's up to God," Bailey said.

Martin grew up in the Pleasant Hill area in Macon. Paramedics and the Bibb County Sheriff's Office helped Martin into the truck and escorted his last ride around Macon.

RELATED: 'We Need a Miracle:' 11-year-old in critical condition after being hit at a trunk or treat event

RELATED: 'They're just terrified that no one will remember them:' Warner Robins man tells life stories of hospice patients

STAY ALERT | Download our FREE app now to receive breaking news and weather alerts. You can find the app on the Apple Store and Google Play.

STAY UPDATED | Click here to subscribe to our Midday Minute newsletter and receive the latest headlines and information in your inbox every day.

Have a news tip? Email news@13wmaz.com, or visit our Facebook page.