'They're us at our best': Comics inspire fans to live to higher standards on National Superhero Day 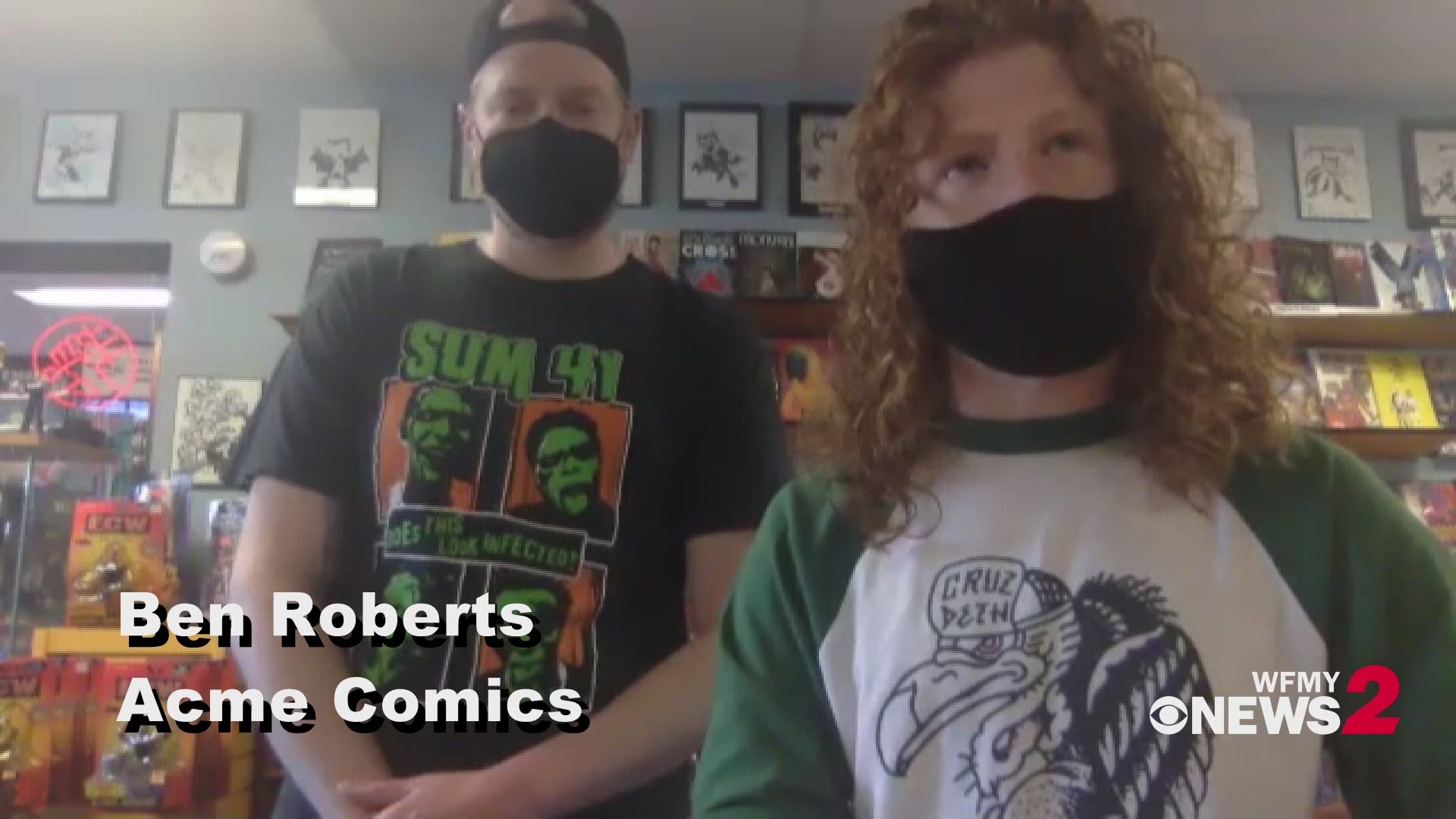 GREENSBORO, N.C. — For as long as Ben Roberts can remember, comics have been a part of his life. He remembers picking through Acme Comics as a kid, a hobby that taught him more than a lifelong love of reading.

"Superheroes, at their core, are us at our best," Roberts said, "I think it's something to aspire to."

Culturally, superheroes have seen an explosion in popularity in the last decade, according to Austin Getzelfan, Acme Comics' manager. The store, in operation since 1983, has tried to maximize the renewed interest, hosting free comic book giveaways and creating podcasts to drive business to the storefront.

It certainly captured Roberts' interest, whose own hero's journey brought him back to the store he loved as a kid.

"Acme Comics is the best comic book store in the area," Roberts said, "I shopped here since I have been little. You help out long enough, a position opens up, and here I am, a store associate."

Movies, TV shows and online platforms would seem like natural competitors for a store like Acme, but that trend has reversed recently.

"It's super interesting because Marvel movies have been the biggest thing in the world for years and years, and that doesn't always translate to the comic book industry," Roberts said, "but especially in the last year, with movie theaters being closed, certain television options being limited that comic books found their way to a lot of new people."

As many businesses were forced to close shop during the 2020 pandemic, Acme Comics stayed open. The availability benefited the store, creating a new wave of superhero fans.

"Those superhero stories really become a gateway for people to read into different universes, different characters they normally wouldn't," Getzelfan said, "There's literally comics for everything and everybody."