The Ayers Family want to remove the stigma surrounding the opioid epidemic so families don't hesitate to get the help that they need. 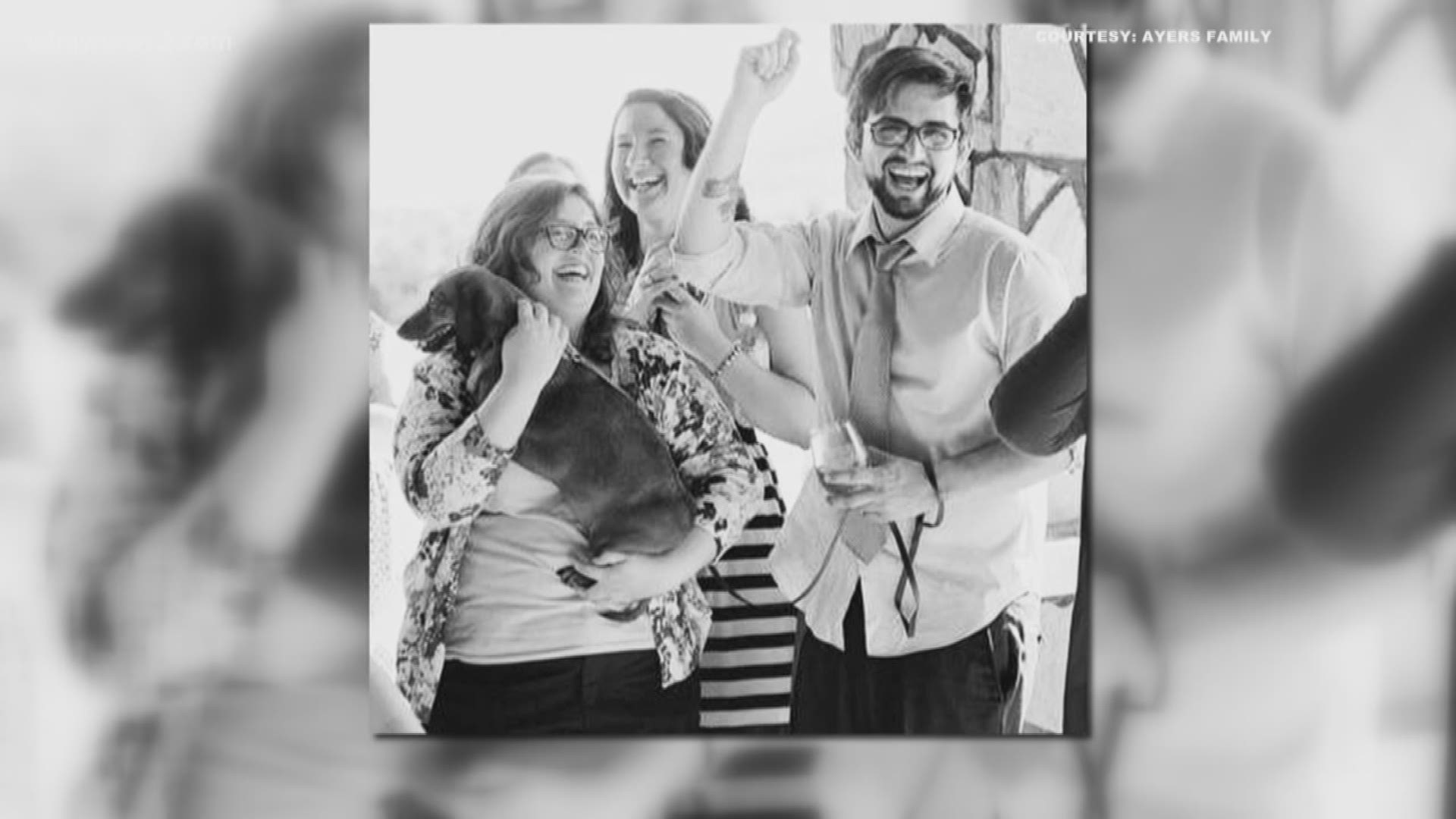 Nancy Ayers remembers her son, Zack, as a happy, smiling, fun-loving guy - and that's what you would see looking at a photo of him. What you don't see is Zack's internal battle against an opioid addiction.

Nancy said her son's addiction started when he was a teenager.

"His dad had back problems and had pain pills," she said. "Zackary took a whole bunch of them from him, I think like 200 and some pills."

Zack's sister, Caroline, said it escalated from there.

The drugs changed her brother.

"You see this person and you think it’s your loved one and unfortunately the drug has just completely taken him over and it wasn’t him," Caroline said.

"One month he stole like $3,000 from us and that is not my son," Nancy added. "Zackary in his normal state of mind would never do that."

Zack went to three treatment centers where he cycled through getting clean and relapsing. Nancy and Caroline said he desperately wanted to stop using.

"When he was sober he would say heroin is the devil and his soul is gone when he’s using," Caroline said.

"He thought he was buying heroin," Caroline said. "But there was no heroin in whatever he used."

Every day, nearly five North Carolinians die from a medication or drug overdose. In 2017, that was nearly 2,000 people. That number is up 440% in the last 10 years according to the Department of Justice.

And behind every statistic is a face, a family and a mom.

"I would’ve never thought I would go through it with my child it’s just the worst thing ever and now I do not have my child," Nancy said through tears.

It’s painful but the Ayers talk about Zack - about addiction - because they want to remove the stigma so people and families don't hesitate get the help they need.

Caroline concluded, "Being a drug addict doesn’t make you a bad person and having a drug addict in your family is nobody’s fault. There’s no one to blame it’s a disease. It requires treatment.  When someone gets cancer nobody is sitting around wondering if it’s Zack’s fault, or mom’s fault, or sister’s fault and people need to be more like that with addiction because it’s just nobody’s fault."