Before there was Rosa, there was Sarah Mae Fleming 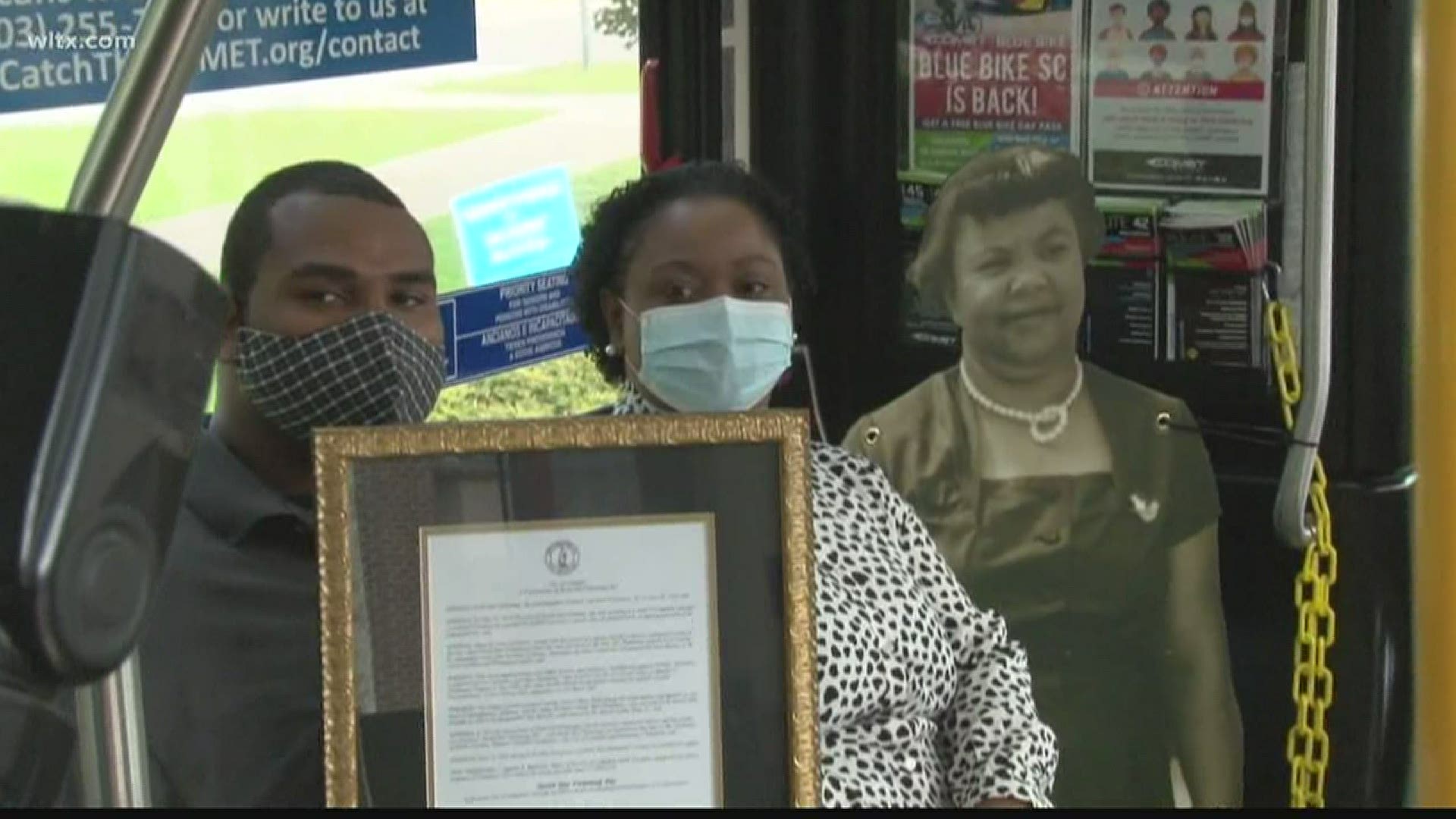 COLUMBIA, S.C. — The COMET bus system reserved a seat on all 85 of the buses in its fleet on Monday, June 22, in honor of Sarah Mae Flemming.

Sixty-six years ago, Sarah Mae Flemming, a Black woman, took a seat on a Columbia bus operated by SCE&G. The bus driver took exception as to where Flemming was sitting as a white woman had just gotten up from the same seat when she exited the bus.

As Flemming tried to exit from the front of the bus at the next stop, the bus driver punched her and directed her to exit at the rear door.

This was in June 1954, one month after the U.S. Supreme Court settled the case of Brown vs. The Board of Education deciding that separate-but-equal schools were unconstitutional.

South Carolina Civil Rights activist and state secretary for the SC NAACP Modjeska Monteith Simkins heard about Flemming’s incident and hired attorney Phillip Wittenberg to sue SCE&G in federal court on the basis her 14th amendment rights had been violated and asked for $25,000 in damages.

Flemming’s case lasted three years and went through dismissals, appeals, and two trials. Although she was never granted an award for damages, Flemming’s case laid the groundwork for Rosa Park’s successful suit in 1956.

Starting June 22nd, a picture of Flemming and her story will be present in a seat on every COMET bus.

In addition, the City of Columbia, the Town of Eastover, and Richland County have declared June 22nd as "Sarah Mae Flemming Day."

Kimberly Mocks, Flemming’s granddaughter, is happy that so many are remembering her grandmother's legacy.

“It shows us that the impact that she made is on a different level not only for the civil rights movement, but also for women,” Mocks says. “Women are also minorities, so it encourages others to continue to blaze the path set out for them, continuing their goals and not to be intimidated by fears and doubts.

You can read a more complete description of the event -- and other remarkable women in Columbia -- at columbiacityofwomen.com.