Marine who walked around Lake Michigan given free flagpole

The company saw articles about Travis Snyder and wanted to show their appreciation by giving him a free flagpole at the home where he grew up. 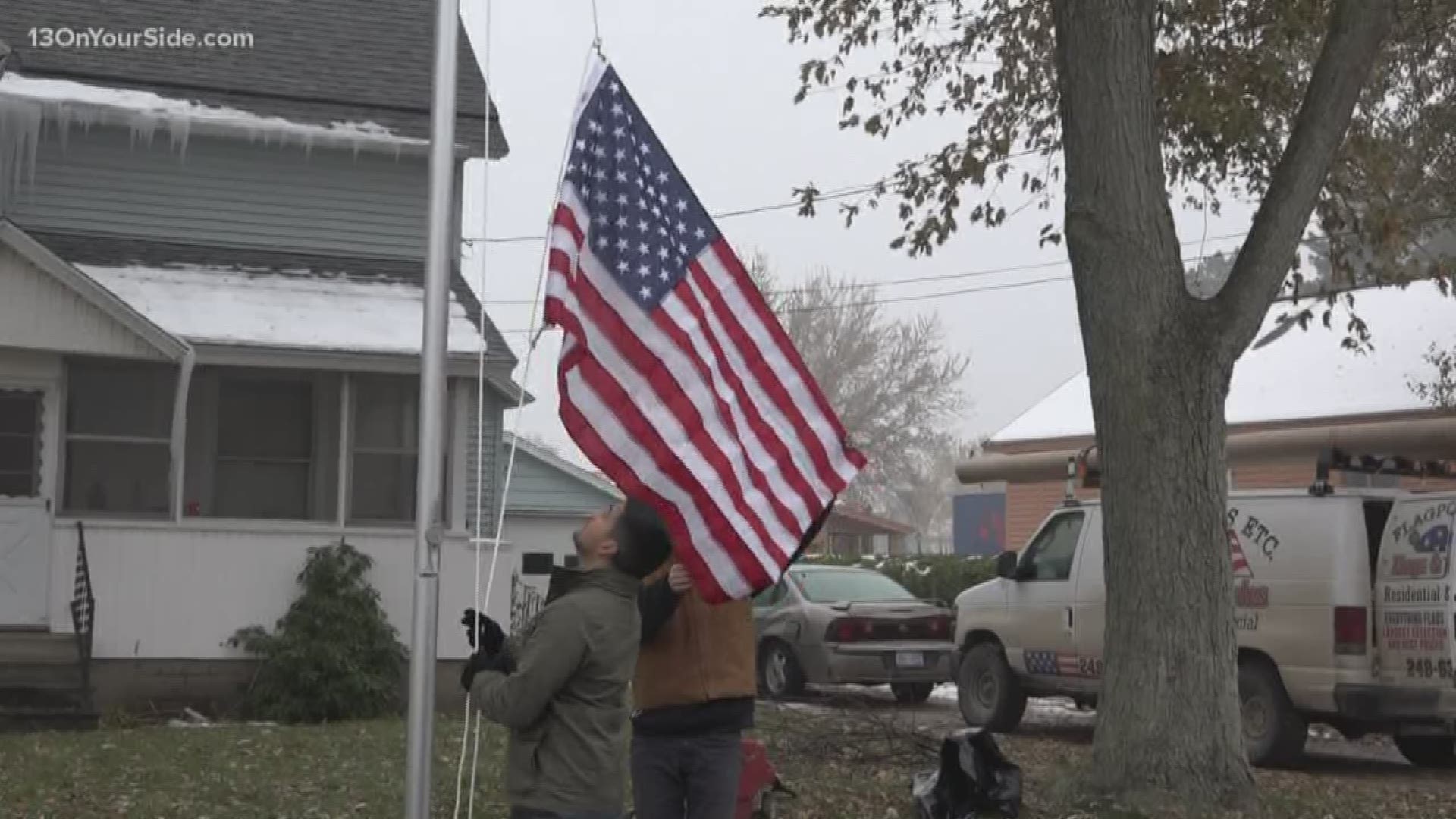 ZEELAND, Mich — Travis Snyder, the Marine who walked around Lake Michigan to raise awareness about PTSD and suicide, was honored with a new flagpole at his family home.

"It's symbolic. [I did this] to show some patriotism," Snyder said Monday in Zeeland.

The flagpole was installed by Flagpoles Etc. The company saw the articles about Snyder and wanted to show their appreciation by giving him a free one at the home where he grew up.

Snyder became somewhat of a Michigan celebrity when he walked 800 miles around Lake Michigan this fall. Snyder started walking at the end of August in Manistee. In his journey, he trekked through Michigan's Lower Peninsula into Wisconsin, Illinois and into Indiana.

Snyder still works to draw attention to veterans' mental health, suicide and PTSD. He said he recently spoke at some area schools for Veterans Day and he uses his Facebook page, which has over 4,000 followers, as a community for the cause.

The cause to Snyder is a real one that impacted him personally two years ago when a person he served with in Afghanistan died from suicide.

"For my Marine Corps brothers and sisters it was a big shock to us," Snyder said. "It was a moment where we knew we had to do something."

Snyder served as a U.S. Marine from 2012 to 2018 and currently lives in Holland. The flag was installed at his parents' Zeeland home through the company's Flags For Vets nonprofit organization.

"I think it is really important to give back to our veterans because they put so much on the line for use." Brett Miller with Flagpoles Etc said.

The company, Flagpole Etc. travels all over the country installing flagpoles for people and putting up free ones for vets when they can.

More stories about veterans from 13 ON YOUR SIDE: