In 2017, newly-elected President Donald Trump invited 25 Gold Star families from around the nation to Washington for a first-class weekend. Craig and his wife, Toni, had their photo snapped with the president and first lady.

“It was a wonderful experience,” the Oldsmar man said.

The Grosses lost their son, Cpl. Frank R. Gross, on July 16, 2011, after an explosion killed the soldier in Afghanistan. Monday would have been his 34th birthday.

“I was very depressed after I lost my son in the war,” said Craig. “I stopped painting altogether.”

Painting is something Craig, Toni, and “Frankie,” as he was known, all enjoyed. Toni has an art degree. Craig grew up recreating the mountain scenes he fell in love with near his hometown near Corning, N.Y.

“Craig has been painting for as long as I have known him,” said Toni. “Painting is a part of who he is.”

The couple’s garage is organized and uncluttered. The corner has been made into a makeshift art studio where Craig spends time nearly every day. He turns on a sermon, podcast, or worship music and creates.

It was something he couldn’t do until recently.

“At the end of February of this year, Craig, for a month was sitting at home really not doing anything, and I realized Craig needed to do something. So, I encouraged him to get back into his painting,” said Toni. “I believe the more he paints, the more outgoing he becomes.”

Craig used to paint with Frankie. The idea of dabbing a brush or detailing a canvas brought back so many painful memories.

A 2018 trip to the cemetery changed all that.

“This last year when we were in Arlington, I made a promise to my son at his gravesite that I would start painting again,” said Craig. “I really believe that art heals.”

Craig began small. He painted a wildlife scene with a barn and a cow. A few forest paintings dot the walls of his garage. Soon after he started creating patriotic landscapes. His “Some Gave All” painting depicts a soldier’s cross at the foot of a blood-soaked hill. The painting he calls “Wreaths Across Arlington” shows a bald eagle placing a Christmas wreath on his son’s tombstone.

“Painting just brings the best out of Craig,” she said.

Craig likes that one, too. He started to paint portraits of other Gold Star families. One featuring Jessica Heybear hangs near his garage door. Her brother was killed in action, too.

Craig sent a few paintings to President Trump this year and never expected a reply. He and Toni were stunned to receive a personal letter in the mail dated August 5.

“When I sent the paintings to the president, my inspiration was just to say thank you for having us to the White House,” he said.

The letter, in part, read, “Your beloved son, Cpl. Frank R. Gross, in an American patriot, who valiantly answered the call of duty in defense of our freedom. Our nation will never forget his selfless sacrifice and service as a respected member of the United States Army.”

“It was a beautiful letter,” said Toni.

Craig plans to get involved with a local organization called Veterans Alternative. He’ll teach painting skills to veterans to help them combat PTSD. His newfound love for an old hobby has helped him cope with his own grief.

A photo of his son sits prominently on Craig’s art table. He never paints without Frankie.

“I feel like I’m really back and I’m kind of living again,” he said.

Craig sells copies of his paintings. You can see all of his work at http://38thcalvaryart.com/ Craig has been featured on 10News before, first for his since-sold BBQ Restaurant and for his Memorial Day tribute to Frankie. 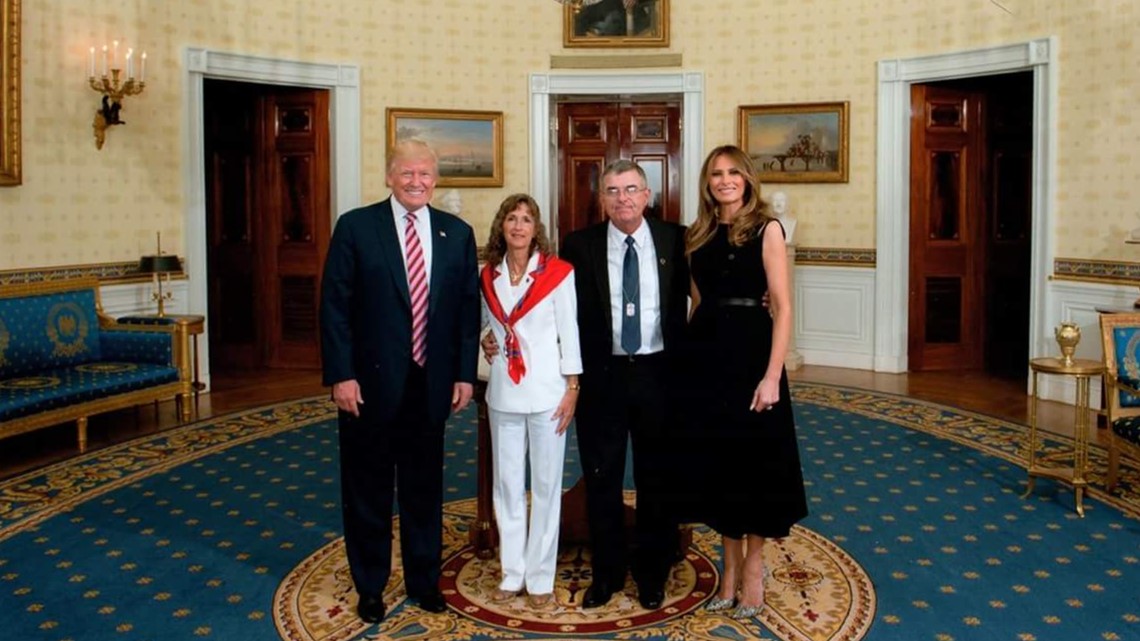