When asked about the plate, the driver apparently said... "Sorry, officer, I've been busy lately and totally forgot to renew my vehicle registration." 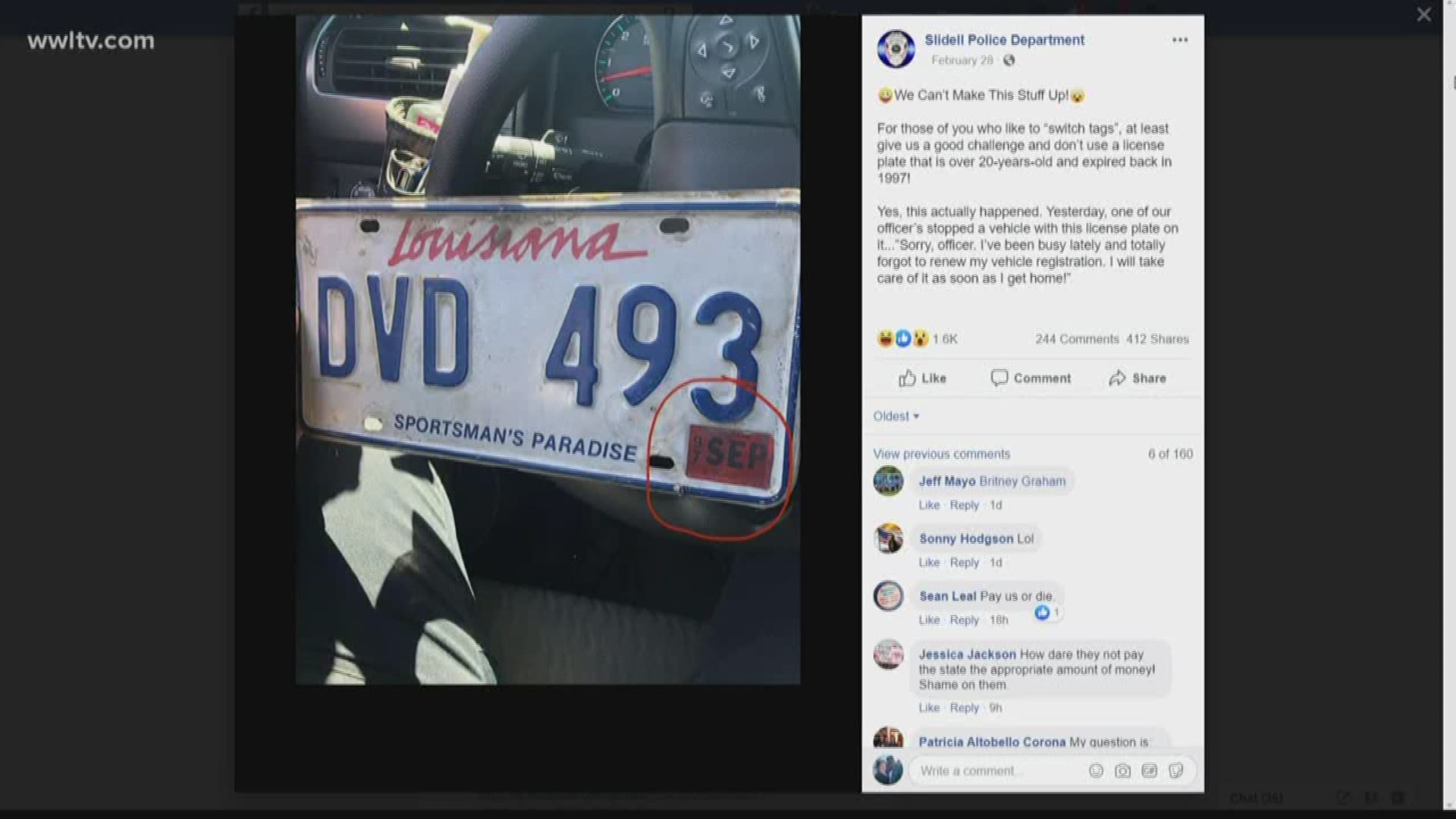 SLIDELL, La. — A driver on the Northshore was caught trying to cut corners while holding on to an expired license plate last week.

But it wasn't their driving that caught the attention of the Slidell Police Department when they were pulled over.

Maybe a few of us have driven around with an expired plate but this driver's plate was dated from 1997!

The SPD posted the plate on social media, saying, "For those of you who like to “switch tags”, at least give us a good challenge and don’t use a license plate that is over 20-years-old..."

Slidell Police Department
Slidell Police Chief Responds to Misleading Facts Regarding a Recen... t Arrest for Disturbing the Peace In response to the recent incident that appeared on social media (also covered by some media outlets) regarding the recent arrest of a Slidell man for disturbing the peace and using obscene language in a public place, as your Chief of Police, I feel obligated to respond to the citizens of Slidell.

When asked about the plate, the driver apparently said... "Sorry, officer, I've been busy lately and totally forgot to renew my vehicle registration. I will take care of it as soon as I get home."

The SPD put the ancient plate in their "We Can't Make This Stuff Up" category, joining the time a chihuahua drove a car into the road as its owner was getting gas.

ALSO: Slidell Walmart cashier walks 6 miles to work - says not having a vehicle 'no excuse'