February 14th, Valentine's Day, is also Terry Lee Cobb Jr.'s birthday, the first since his death. Cobb would have turned 49. 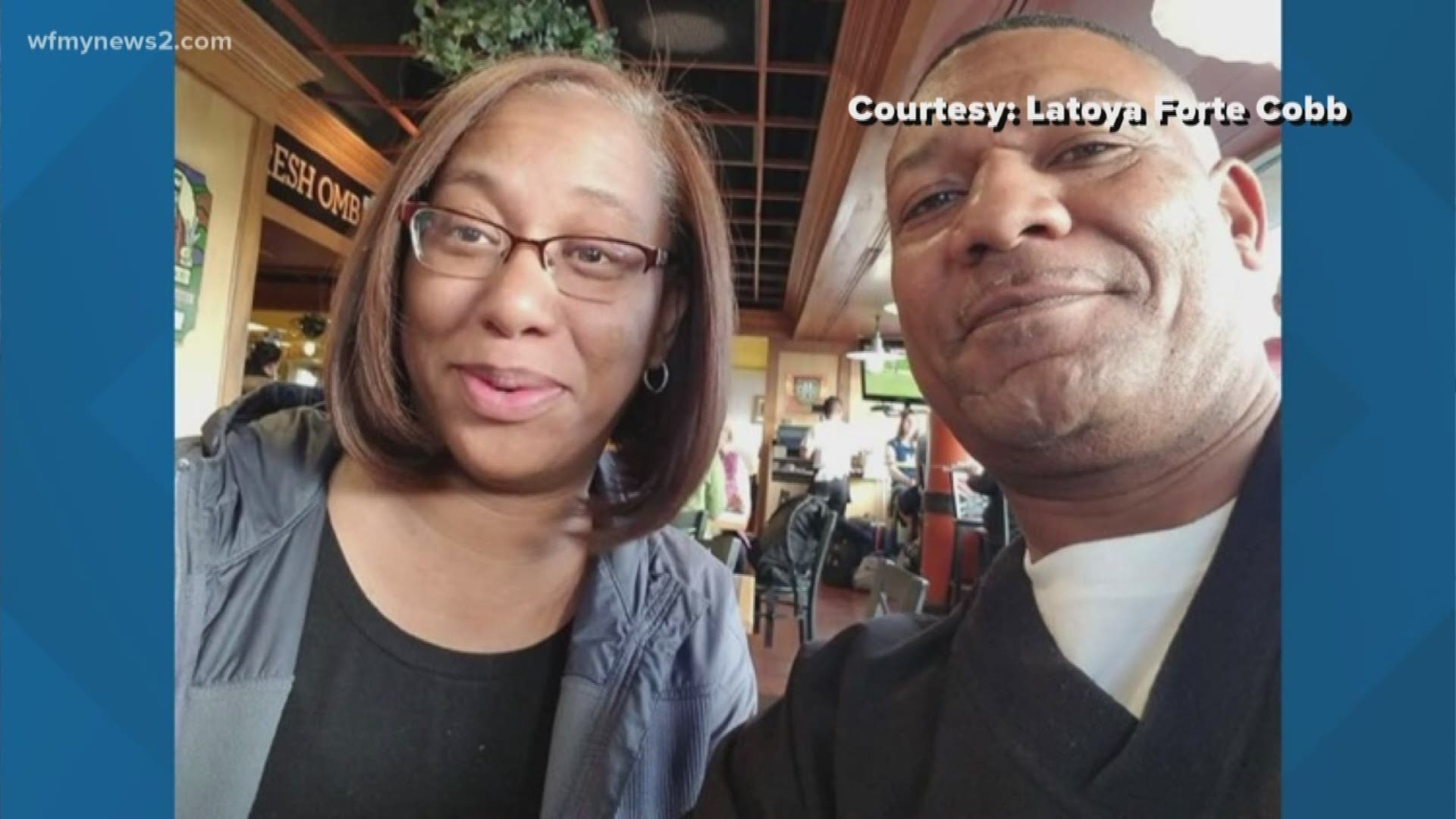 WINSTON-SALEM, N.C. — The widow of a Winston-Salem sanitation worker who was gunned down on the job is reflecting on her first Valentine's Day without her husband. February 14th is also Terry Lee Cobb Jr.'s birthday, the first since his death. Cobb would have turned 49.

On December 20th, 2019, Terry Cobb, 48, was shot and killed when one of his co-workers, Steven Haizlip, entered the Joycelyn V. Johnson Municipal building on Lowery Street with a gun. Police say Haizlip shot Cobb over a dispute from the previous day that stemmed from a long-standing squabble. Police said Haizlip engaged officers in a shoot-out, and he too was shot and killed. One officer and another sanitation worker were injured.

"It's like I'm numb and void, my best friend, my lover, my kids' father... he is gone," said Mrs. Cobb told WFMY in a sit-down interview in early January.

In her Valentine's Day and post-humous birthday post to her late husband, Cobb wrote;

"I know you're enjoying yourself in heaven. Never would I have thought I would spend Valentine's Day without you. For the past 20 yrs that has been our day. You always stayed home from work to celebrate. I Love You, Terry Cobb. I remember you saying "Just the 2 of us" No one can call me "Toy" the way you did. Rest in Heaven, my Love! I Love ❤️ You. Happy Birthday!"

Family and friends plan to gather in memory of Terry Cobb Friday evening from 5:45 p.m. for a balloon release.

RELATED: 'They would've had four bodies, not just one' | Widow of murdered Winston-Salem City worker, speaks about her loss

RELATED: 'Their workplace has changed' | Winston-Salem city employees return to work after shooting

RELATED: He swiped his card for work only to hear the words ‘shooting, run!’