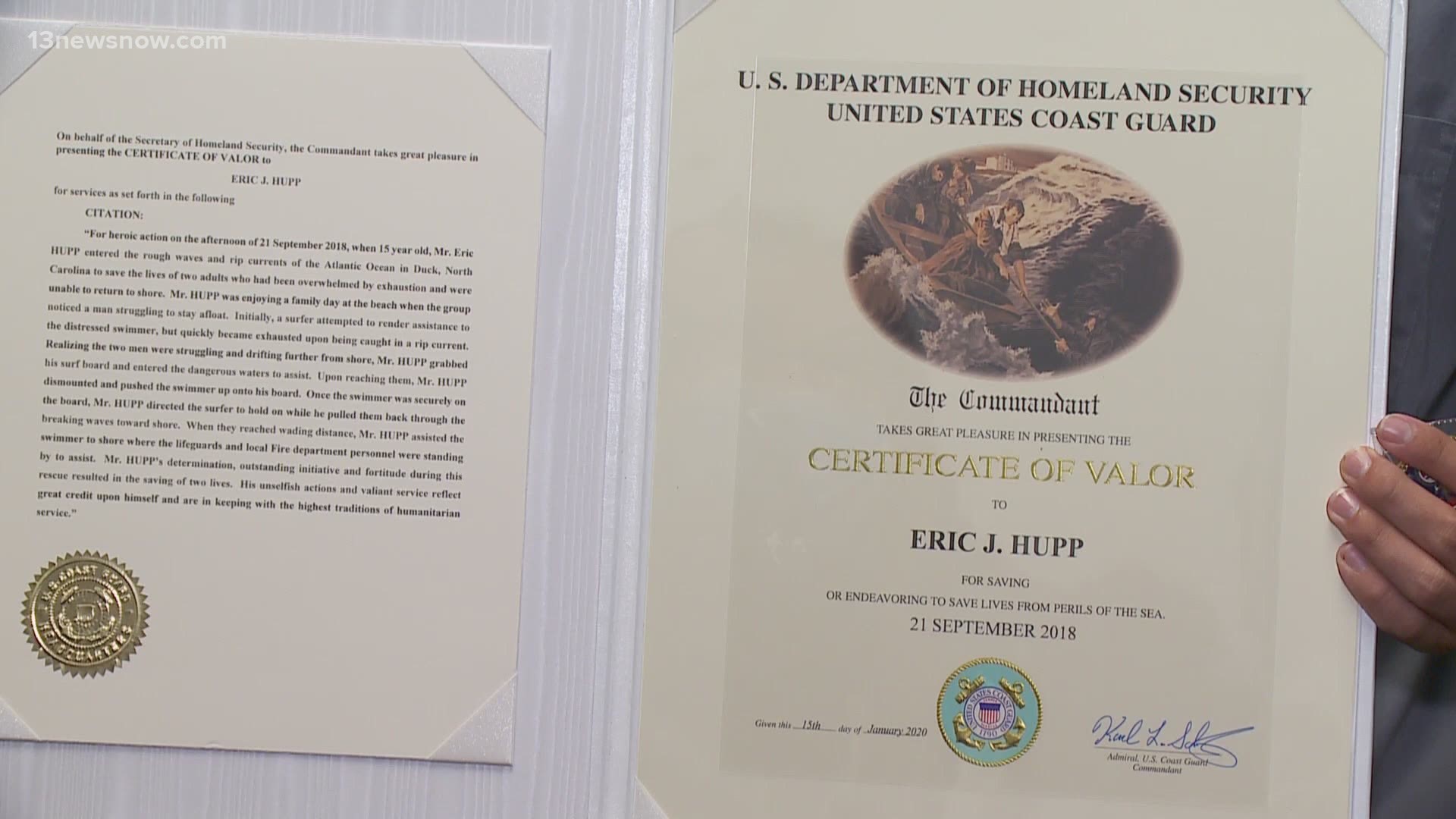 That September, Eric was on vacation in Duck with his family.

This morning, the United States Coast Guard recognized now 17-year-old Eric's efforts and honored him with the Certificate of Valor.

This is a certificate only given to those who show bravery saving or trying to save lives from the sea.

Eric, an experienced swimmer on his high school swim team, knew what he had to do when he saw two men struggling to keep afloat in the ocean. One of the men had gotten stuck in the rip current between the sandbar and shore.

"I was pretty comfortable with swimming in the ocean," Eric said. "Me and my year-round team do open water swims all the time, so I'm used to the strong rip currents and oceans waters.”

"It's a big honor getting this award from them," he said. "I never really expected it to be this big - and the mayor of Portsmouth being here.”

Eric said after the rescue, he never saw the two swimmers again, but was honored to be recognized. He had been training to become a lifeguard, so he looks back on the event as him “just doing his job."

RELATED: Navy hero honored for saving child, caregiver who had fallen into river