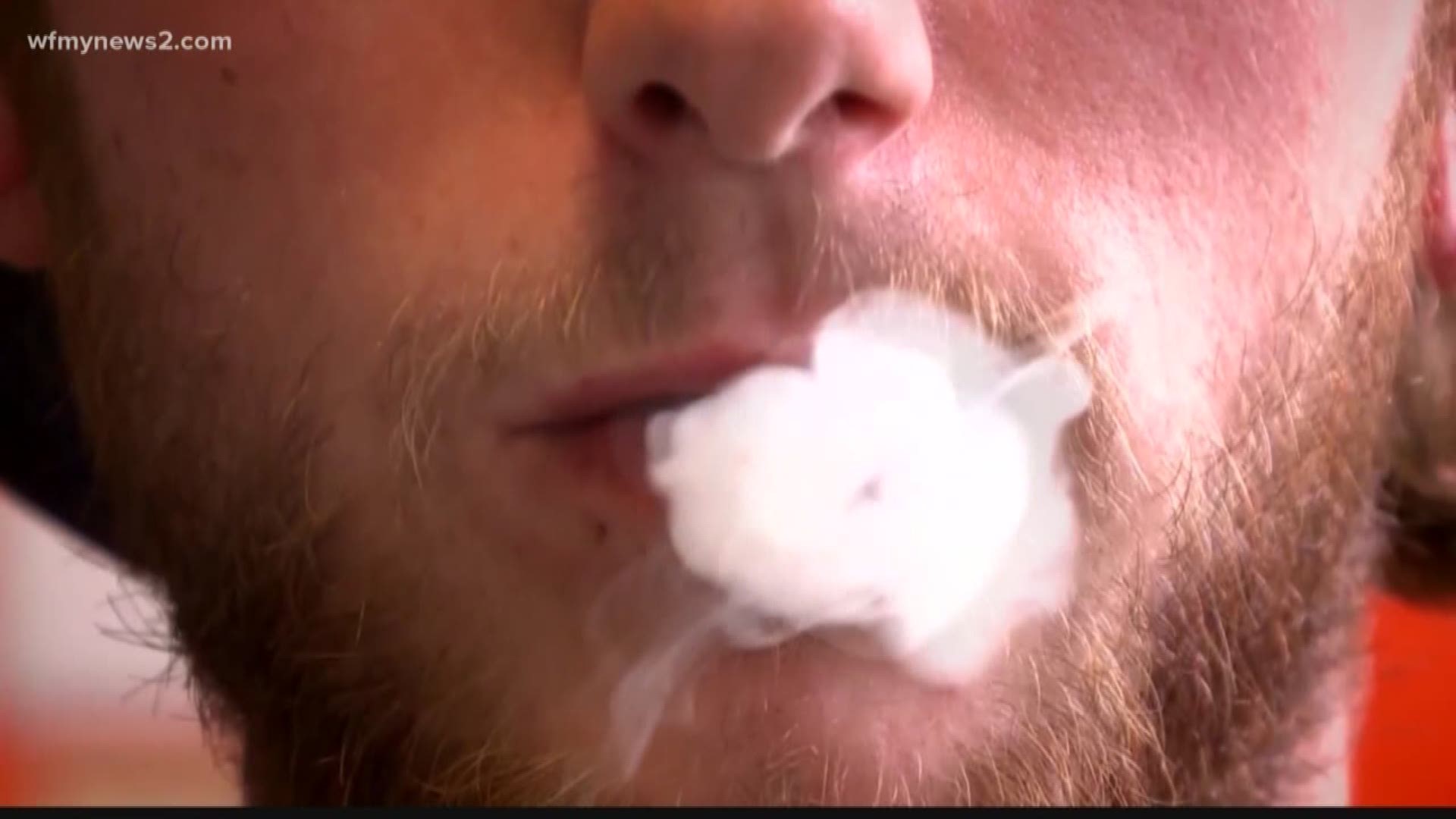 GREENSBORO, N.C. — The number of vaping-related lung illness cases in the U.S. eclipsed 1,000 this week.

So far, 18 deaths in 15 states have been linked to vaping or e-cigarette use, according to the Centers for Disease Control (CDC). One of those fatalities took place at Moses H. Cone Memorial Hospital in Greensboro, where a total of nine patients have been treated for vaping-related lung illnesses since August.

Wake Forest Baptist Health in Winston-Salem said it's doctors continue to treat patients with vaping-related symptoms, some of whom remain on ventilators. Novant Health, also in Winston-Salem, said it has treated at least one adult male for the same issue.

Both the CDC and the U.S. Food and Drug Administration continue to investigate the outbreak, and while no singular batch or brand of e-cigarette or vape solution has been linked to the deaths and illnesses, none have been ruled out.

RELATED: Kroger, Walgreens to stop selling e-cigarettes in US

For more on the industry struggles, click here to read the full story on the Triad Business Journal's website.