Blue Bell said all Tin Roof half-gallons were removed from that location "out of an abundance of caution." 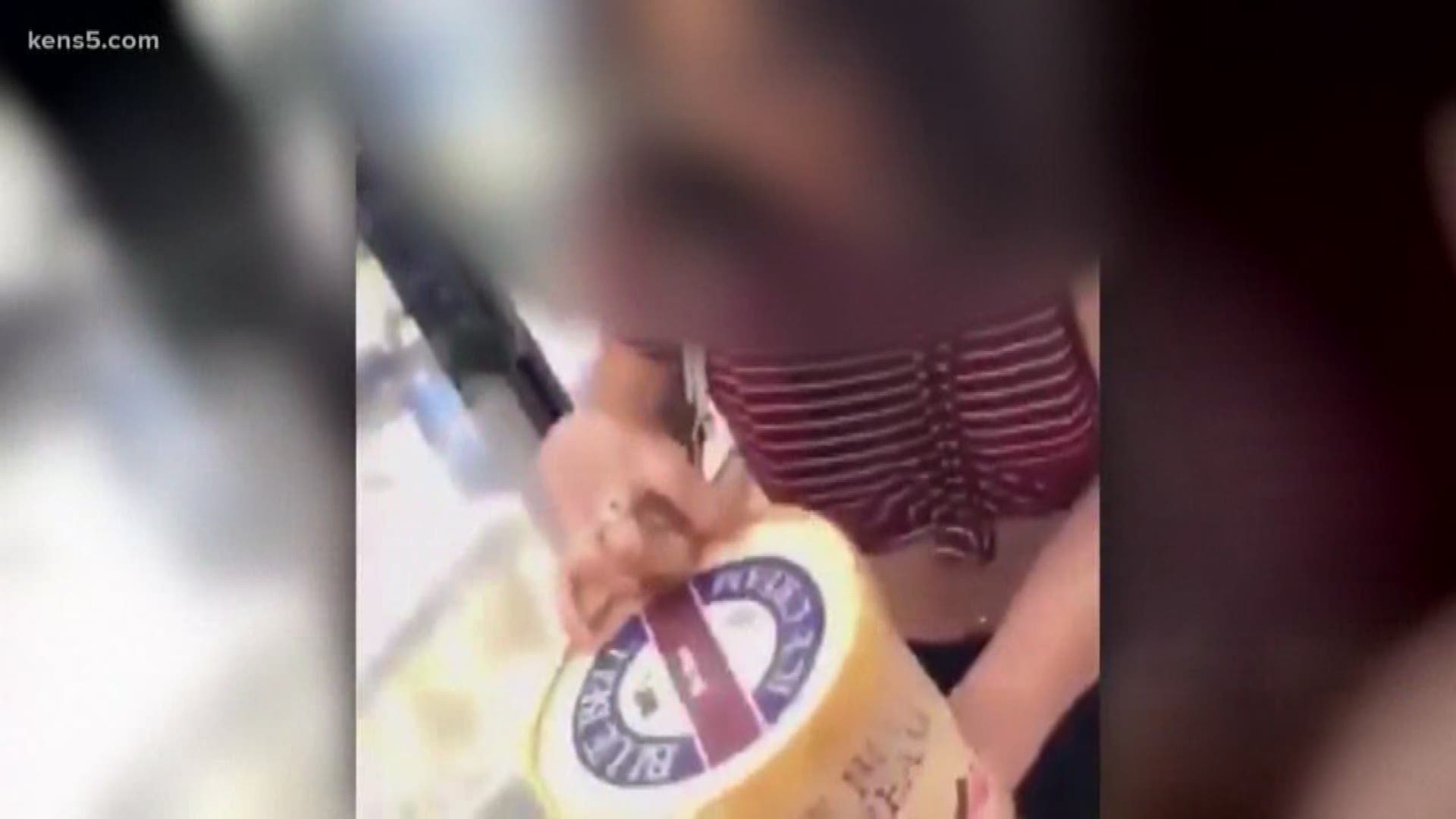 LUFKIN, Texas — UPDATE: Lufkin police have found and spoken with the person in this video.  She is a juvenile.  Because of her age, we have blurred her face.

Blue Bell has identified the store where a viral video shows a woman licking the top of a half-gallon of ice cream before putting it back in the freezer.

The company said it also found the carton itself.

It happened at a Walmart in Lufkin, the company said in a statement Wednesday.

The company said it identified the location in the video, inspected the freezer case and found a Tin Roof half-gallon that appears to have been compromised.

"Based on security footage, the location and the inspection of the carton, we believe we may have recovered the half gallon that was tampered with," the company statement said.

Detectives are trying to verify the woman's identity before issuing an arrest warrant, which would be a second-degree felony for tampering with a consumer product.

Police are also looking for the man behind the camera, who they said is seen in images of the pair entering the store together.

Blue Bell said all Tin Roof half-gallons were removed from that location "out of an abundance of caution."

The Lufkin Police Department is investigating the incident

The video first hit social media on June 28 and quickly went viral. According to Lufkin Police, San Antonio Police got one of the first credible leads that the woman may be from that area and the store was a Walmart. However, a store display case matching the one in the video could not be found.

Police say the search then went to Houston Walmart stores after investigators learned the identified woman may be living with a boyfriend in the area. However, they could not match the display case seen in the viral video to a store in Houston.

On Wednesday, Blue Bell corporate instructed its division managers to see if they could identify the store location. Within an hour, they were able to identify a Lufkin Walmart as the location.

Lufkin Police say they obtained surveillance video placing a woman matching the suspect description in the Lufkin store around 11 p.m. on June 28.

Blue Bell has made it very clear they don’t think there is anything funny about what happened and consider it malicious food tampering. Food tampering in Texas is a felony.

Detectives believe they have the woman identified and say appropriate charges will be filed.