She couldn't afford her timeshare. That's when a loophole saved her over $15,000

The idea of a timeshare sounds great. But those high-pressure sales pitches can put you in a tight spot, especially if you don't do your homework. 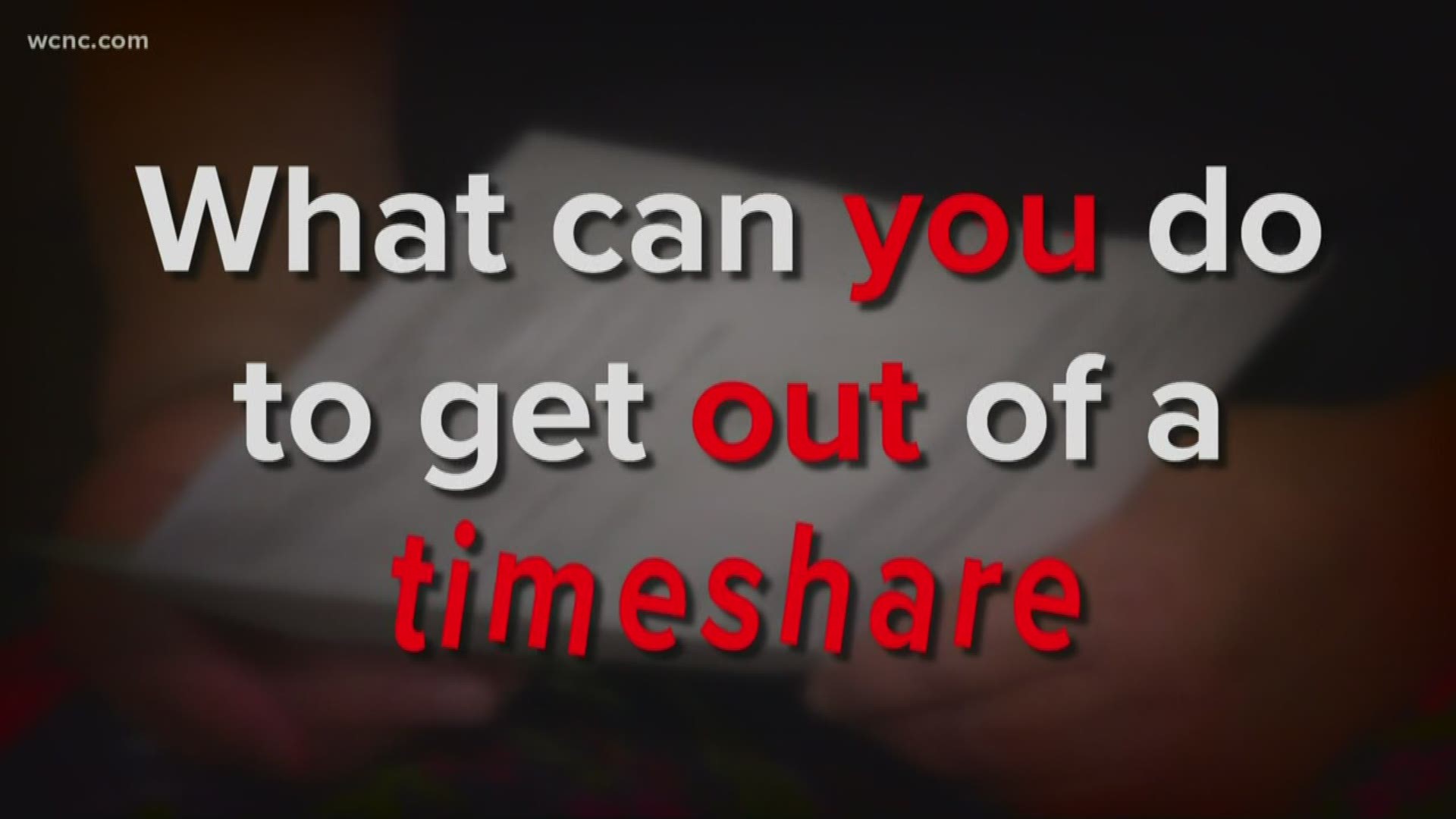 CHARLOTTE, N.C. — Vacation season is right around the corner and you might be thinking about getting your own place to stay, maybe you're considering a timeshare.

Before you do, it's important to make sure you don't get into a contract you can't afford with no escape. The idea of a timeshare sounds great. A place that is your own, well, somewhat your own, at least, complete with free breakfasts and some free stays.

"They just won't let you go," said Darlene, a woman who called WCNC Charlotte when she knew she was in trouble. "It's what they won't do, they just keep going and going until finally, you're like, 'ok, let's just do it!'"

That's her version of the high-pressure sales pitch she got for a timeshare down in Myrtle Beach. Only problem is, she had buyer's remorse when sh realized she couldn't afford it.

So what can you do to get out of a timeshare?

First, don't sign up in the first place until you have thoroughly researched it and what it will cost you. Do your homework. These pitches tend to prey on people who are making an impulsive decision.

Second, if you are interested, ask them what the cooling off period is, meaning after you sign the contract, do you have anywhere from 2 to 14 days to change your mind. We cannot stress how important it is to see that in writing.

Third, you can hire a lawyer to get out of it. Before you spend even more money, ask the lawyer about the success rate and ask how much fighting it will cost you in the long run.

Back to Darlene's timeshare fight. In her paperwork, WCNC Charlotte found a loophole. Her paperwork and contract arrived in the mail after her cooling off period was over.

WCNC Charlotte emails the company citing the unfair advantage the company had. They had a change of heart and let Darlene out of her contract. This saved her $16,000.

Remember, if you are going to go for a timeshare pitch, just know that their job is to close the deal. Ask about hidden costs and see everything in writing. Don't jump spur of the moment because if you do, you might be stuck.

'The gig is up' | Erin Brockovich to investigate cancer clusters in Huntersville, Mooresville