The 'Carroll South of Ballpark' space aims to bring more retail and residential space to downtown Greensboro, including a modern luxury hotel. 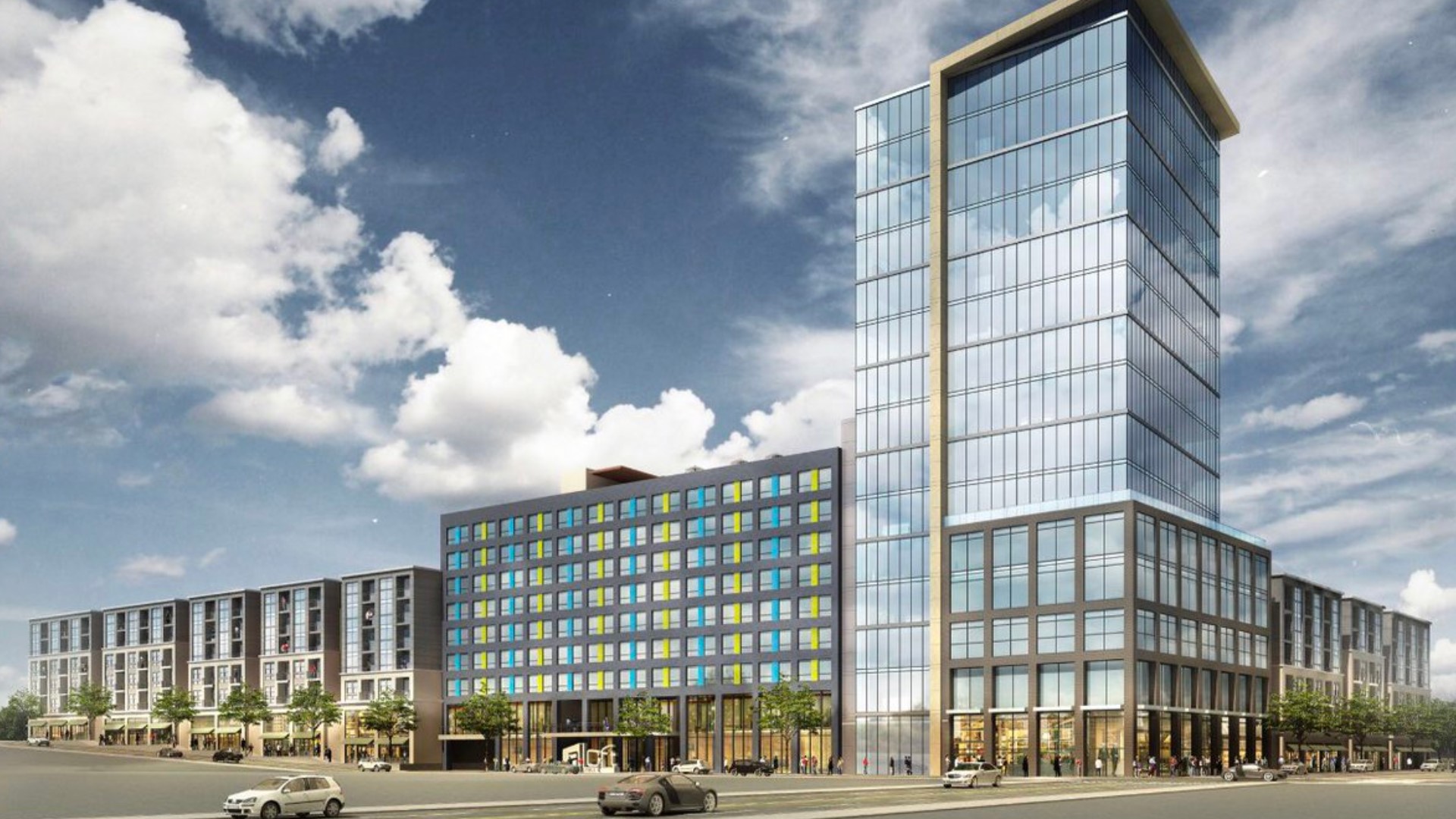 GREENSBORO, N.C. — The Carroll Companies' much-anticipated announcement Wednesday was made at a 'State of Downtown' luncheon at Hyatt Place.

The 'Carroll South of Ballpark' space aims to bring more retail and residential space to downtown Greensboro, including a modern luxury hotel. Developer Roy Carroll tweeted at noon, the development will be a game-changer for downtown Greensboro.

Carroll said, "This is going to be a game changer. This is the biggest downtown development project that I can think of."

It's a $140 million investment that the Carroll Companies will make.

Carroll said, "I believe that we need more hotels in downtown Greensboro."

The project includes the following:

Carroll also said he believes he can get a grocery store in the area. However, a retailer has not yet been identified. Future customers could park for one hour for free next to the grocery store.

"I am so pumped for Greensboro right now," says downtown resident Jodee Ruppel. "It is just such an exciting time."

Ruppel says she's been back in Greensboro for three years now and is awed by how much it's growing.  She notes it also adds to the city's tax base and helps boost property value downtown.

"Downtown just brings everything to me and I love that," she says.

As for Carroll's latest project, Downtown Residents' Association President Jeff Champigny says it's all about synergy.

But there might be some growing pains along the way.  John Hill, a longtime business owner in Greensboro says all the construction around his Select Cycle motorcycle shop on Eugene St. has made it difficult for some customers to get to him.

"We don’t want these things to limit access of our patrons," he says.

Even so, he welcomes the growth.  He's seen some of his food and beverage neighbors down the road have success with the added foot traffic and might shift gears to rev up some more business of his own.

"I guess we need to re-brand or model a bit and get more into apparel because we certainly got an audience, we just need to find what they’re looking for," he says.

Another draw includes a rooftop bar on the Aloft hotel which would make for "beautiful sunsets." Customers will be able to order restaurant food and it would operate as a full-service bar.

Carroll said, "We believe this is where people want to be in downtown Greensboro."

The building will start in the fourth quarter of 2020. The parking garage could begin construction within four months.

RELATED: Hyatt Place Hotel To Open In Greensboro Next Month