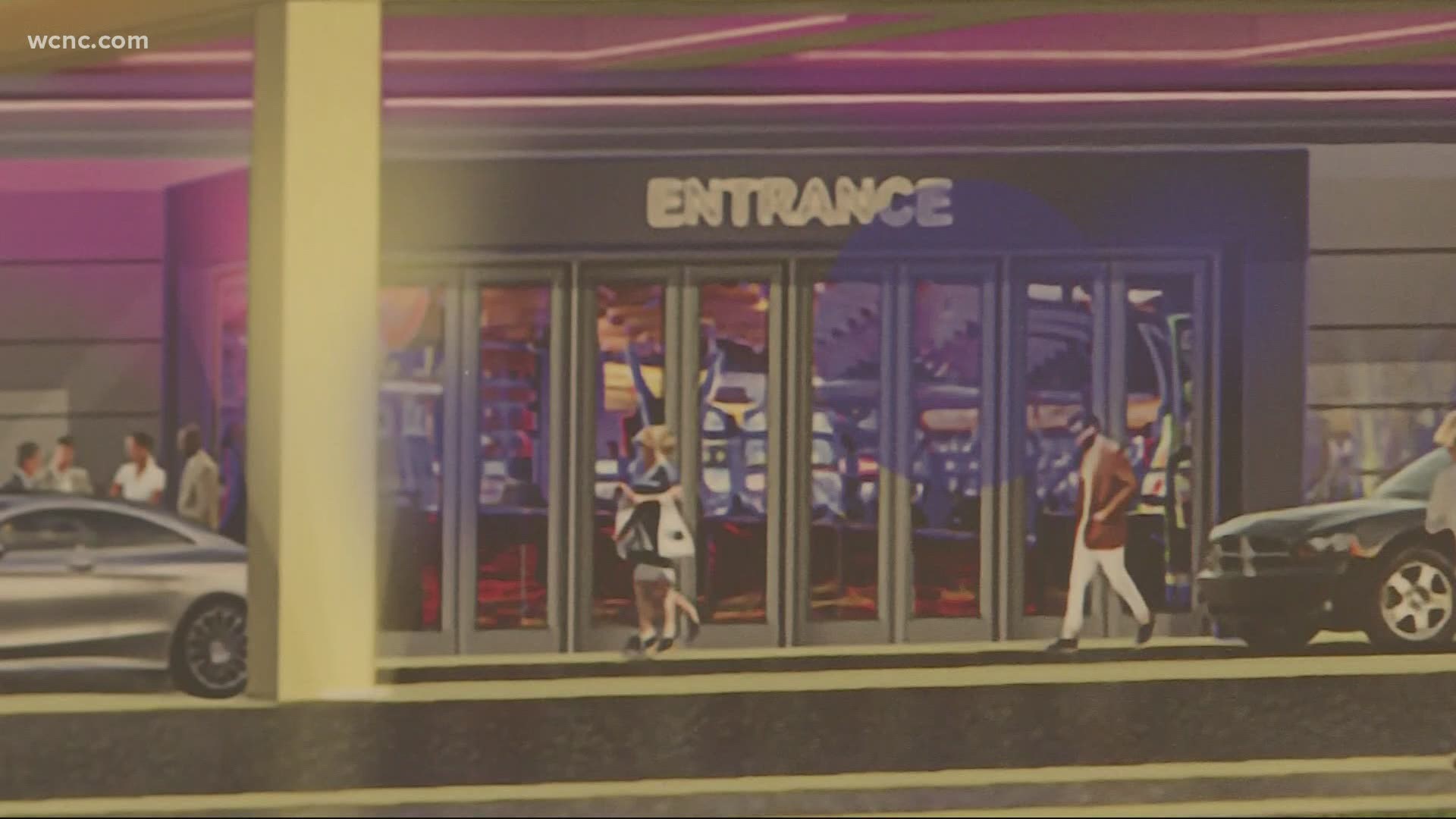 The groundbreaking followed a legal battle with the Eastern Band of Cherokee Indians.

The project will start amid high unemployment because of the COVID-19 pandemic. Catawba Nation Chief Bill Harris said the project will bring thousands of jobs to Cleveland County.

Specifically, the Catawba Nation is projecting 2,347 jobs during the construction phase. The casino will directly employ 2,600 people, but it adds up to a total of 3,579 jobs when including indirect effects as well.

"We celebrate the economic growth and revenue this project will bring to the local community and region and to the Catawba people," Chief Harris said.

The project will be built in phases with a temporary space for slot machines set to open next year.

Happening now: the Catawba Nation is breaking ground on a new casino in Kings Mountain. It comes amid high unemployment numbers due to the pandemic and a legal battle with the Cherokee Nation over the casino’s location. pic.twitter.com/wg08jRs8IH

In March, the U.S. Department of Interior placed the land where the casino will be built into a trust benefiting the Catawba Nation.

The Eastern Band of Cherokee Indians (EBCI), which has its own casino two-and-a-half-hours west, is suing the federal government following the decision.

In a statement, Chief Richard Sneed said, "Rushing ahead of the courts with a ground breaking ceremony is just another political ploy by Wallace Cheves, [the casino's developer], to try to force this casino on North Carolina. This case will ultimately be settled in the U.S. Courts, and the facts are clear that the DOI [Department of the Interior] violated several federal laws in their rushed politicized decision. No ribbon-cutting ceremony will change those facts or stop the courts from putting an end to this charade.”

Despite today’s groundbreaking, the Eastern Band of Cherokee Indians is still fighting to stop the Catawba Nation’s planned casino in Kings Mountain. More on the legal battle at 5 pm on @wcnc. pic.twitter.com/YLrmLgbcdB

"If we have an opportunity to right a wrong, step towards it, not away from it, and that's what happened here," Chief Harris said. "People saw that this was a wrong that needed to be righted."

Cleveland County Commissioner Johnny Hutchins (R) hoped the project will lower the county's unemployment rate, which more than tripled from 3.9 percent in February to 12.7% in May.

"Just think if we had this facility up and running," Commissioner Hutchins said. "This could bring our unemployment rate down."

Hounds Drive-In is less than five minutes from the casino site, and owner Preston Brown believes the project will bring more customers to his business.

He plans to add 200 more campsites for casino visitors coming to town.

"I'm excited for it," Brown said. "It's going to change the landscape of the whole entire city."

Get the biggest headlines delivered right to your inbox. Sign up for the Wake Up Charlotte newsletter

Waiting on unemployment out of South Carolina? Learn from this man