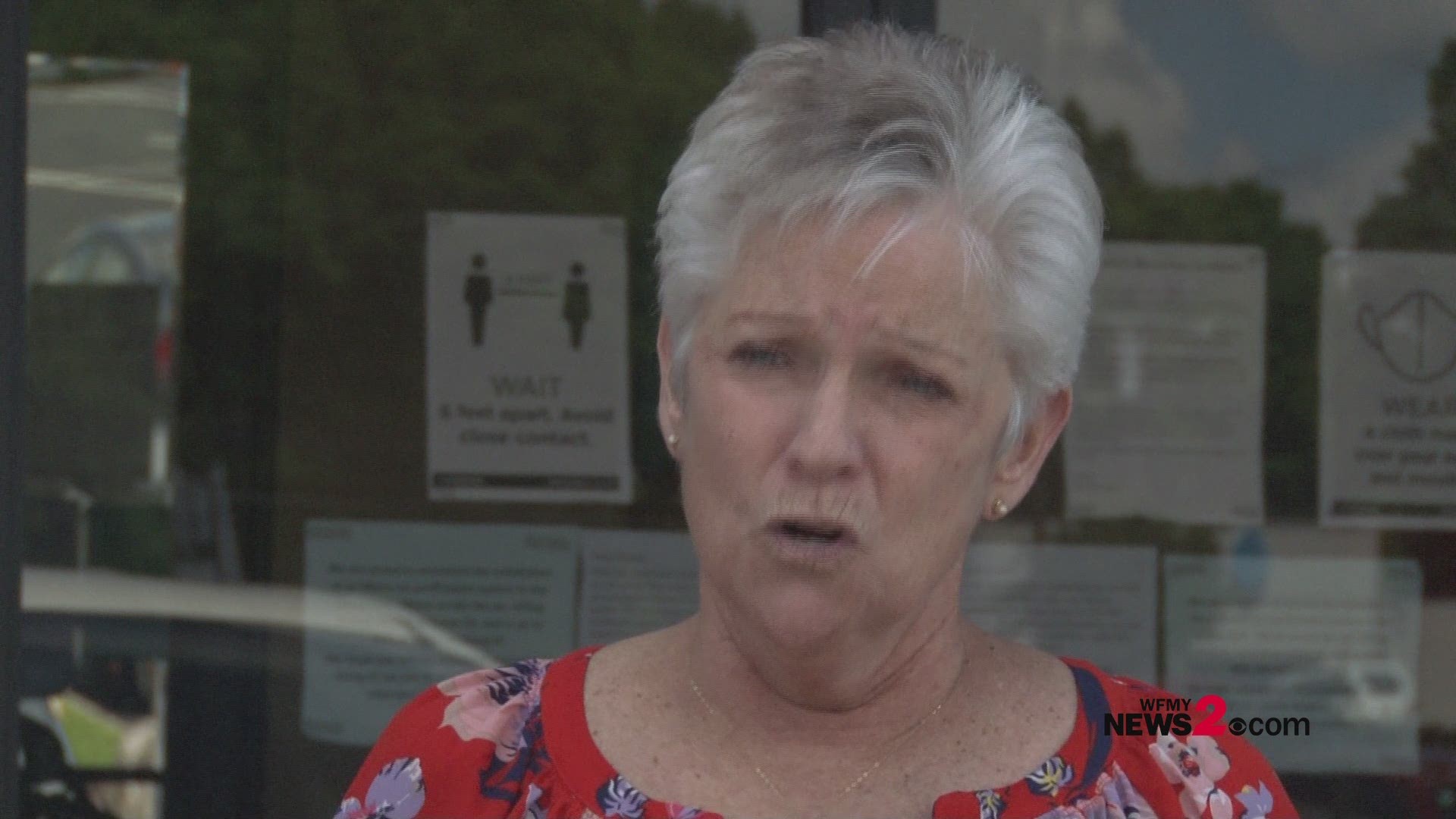 GREENSBORO, N.C. — April employment numbers show a disappointing outcome after many economists were optimistic about the progress that could've been made.

The unemployment rate in the United States went up from 6% to 6.1%, and the struggle to hire new employees is being felt right here in Greensboro.

"We’ve really been facing the struggle since corona started," Domino's District Manager Cheyenne Cauwels said. She oversees eight stores in the Greensboro area, which have been continuously busy, according to Cauwels.

"Sales, they’ve just been going up and up and up and when I say to myself, 'they can't go any higher,' they go higher so there's always a demand for more delivery drivers, insiders, managers," she said.

With that demand for their product, comes the need to have more people on staff to deliver what the customers want, in some cases, literally. Cauwels said the pizza place is in desperate need of delivery drivers.

"We have a thousand dollar retention bonus going on right now for full-time drivers because that’s where we're needing help the most. So, it starts June 7, and by any full-time drivers, we mean working 40 hours a week," she said.

Cauwels said drivers who work 40 hours a week for 90 days will get a $500 dollar Amazon gift card. If they work another 90 days after that full-time, they'll get another $500 gift card, according to Cauwels.

She said the reason they chose gift cards is because they're not taxed, and the last one comes out on Dec. 15, according to Cauwels.

"People can get their Christmas shopping done on us this year," she said.

Other locally owned businesses, like Salvino Cucina Italiana in Greensboro, are also feeling the struggle. Owner Mary Speaker talked with WFMY News 2 previously about the struggle of trying to hire more employees. Since then, she's hired two servers but said having more staff on hand would be helpful.

"Everybody is hurting for people," Speaker said.

Speaker said she's looking ahead to restrictions possibly being lifted completely in June, and whether or not she'll have the staff to keep up with full capacity limits remains to be seen.

So, Speaker has taken another step in the effort to get more people in the door.

"We've even gotten to the point at the front of the house for servers that we are offering a finders fee and a signing bonus," she said.

RELATED: 'We feel really good about the future' | Greensboro restaurants looking to hire as workforce bounces back

Other businesses are feeling fortunate they're not having trouble finding qualified applicants.

"We've been fairly lucky with our hiring, we found people who are really passionate and want to be doing what we're doing since we're doing something so new, so we haven't had too much of a problem hiring," said Tal Blevins, owner of Machete in Greensboro.

Blevins said they filled the three open positions they had ranging from kitchen staff to front of the house, but he knows other businesses are struggling.

"I've heard from a lot of restaurant friends that they've been having a lot of troubles finding people to work," Blevins said.

He said there could be outside factors coming into play as well.

"Right now, I think some of the biggest challenges are just, 'Are people comfortable and safe: A. coming back to work, and B. going out to businesses like they used to especially restaurants and bars?" said Blevins.