Three bridesmaids have been left scrambling after the Charlotte store where they bought their dresses suddenly closed with only a few months to go until the wedding. 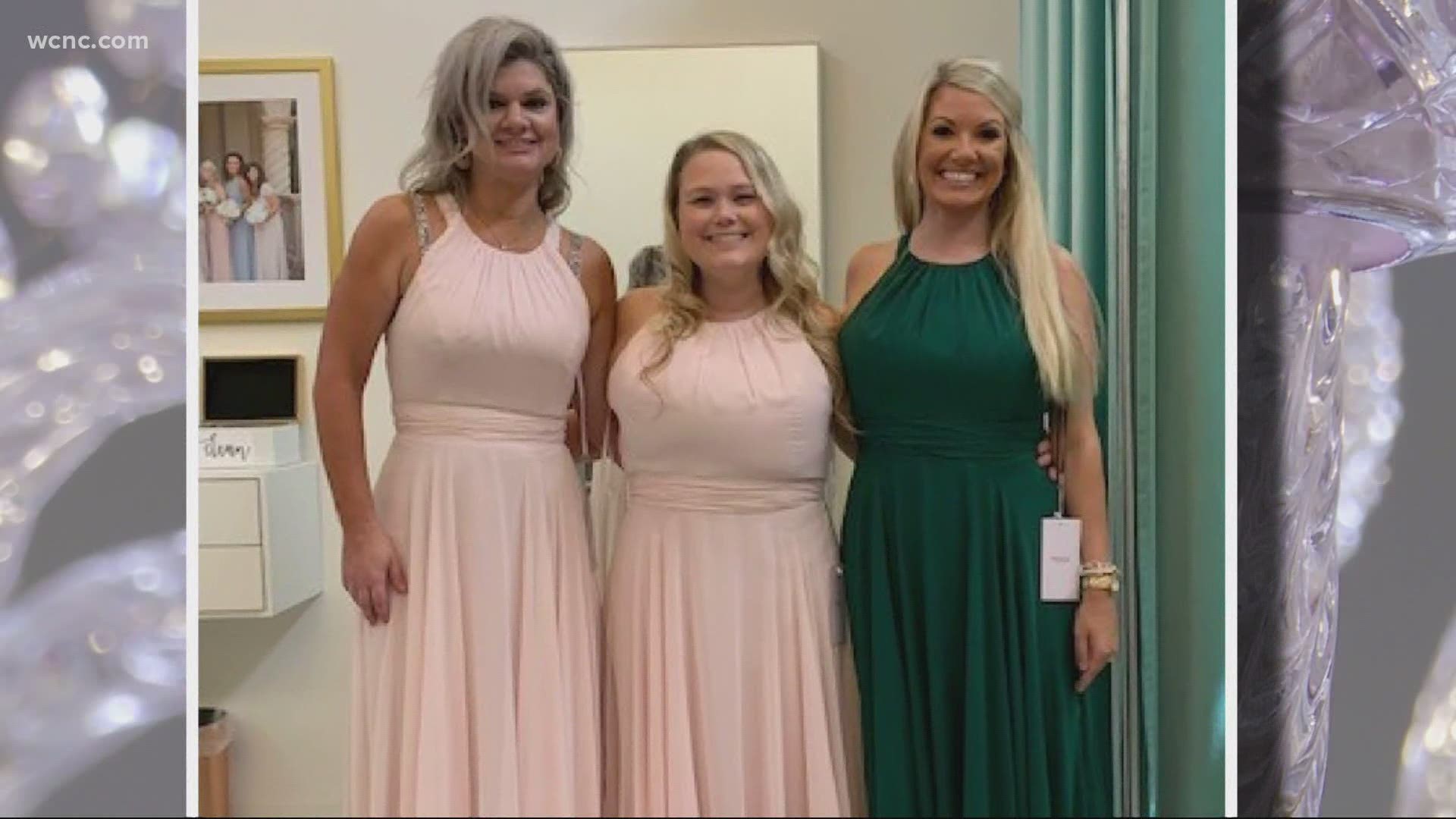 CHARLOTTE, N.C. — When the Charlotte store Brideside closed, women who had pending orders there were left rushing around to try to either get their money back or the dresses themselves.

Bridesmaid Becca Smith thought she was ready for a wedding in April after she bought her dress at Brideside Charlotte. The delivery date was Nov. 9, but no dress showed up that day.

“This is what my best friend wants," Smith said. "This is what she wants us to wear, and I have not heard back. I never received anything, but I didn’t think anything of it because of COVID, things might be a little bit behind."

Her concern grew when she noticed no sign of movement at the store located on South Boulevard.

No one was there when WCNC went by to ask questions either.

Online, it previously said "temporarily closed for COVID," but on Friday, it had been changed to say "permanently closed" and says the store is no longer taking orders.

WCNC emailed several times and tried calling them to hear what the issues are, but those attempts were met with a recording saying they are not taking orders.

So, what do you do when something like this happens?

Tom Bartholomy with the Charlotte Better Business Bureau said filing small claims could be an option, but it might not be a great one.

“Even, at that point, if you win a judgment, you have a piece of paper saying you are owed the money, but good luck collecting on that,” Bartholomy explained.

If you use a credit card to pay, you might have options for a speedy refund or dispute. But if you need to wait for an order to arrive, it could take 60 or 90 days to get the dress, which would be longer than any return policies through your card. Smith said there were just no red flags about her order.

“Nothing to clue you in that something might be going on,” Smith said.

In this case, the manufacturer said they can deliver the dress, but Smith would have to pay for it again.