77-year-old Jerome Anthony says the accident set him back even more until the WCNC Charlotte Defenders stepped in to get him the money he was owed. 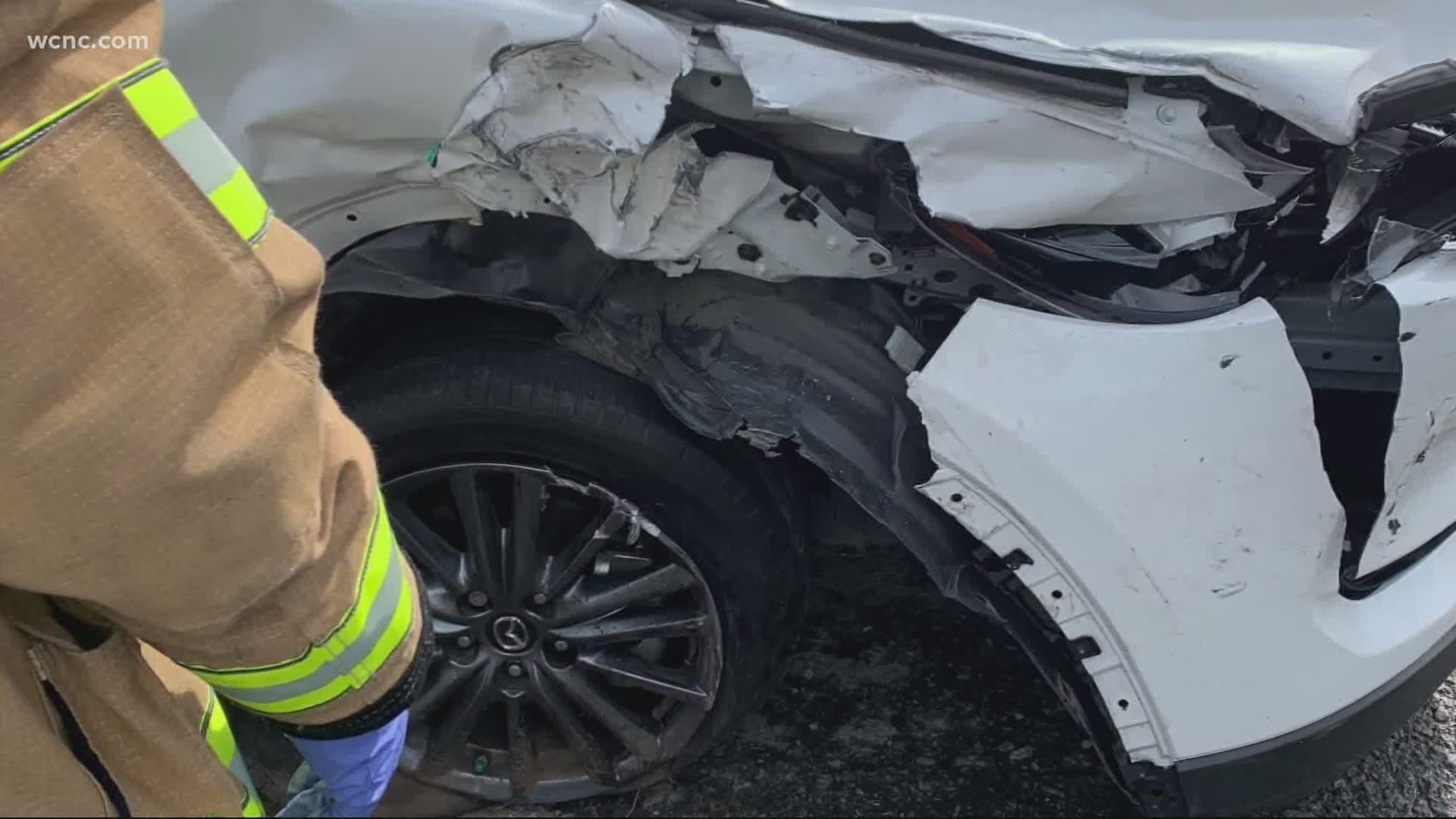 CHARLOTTE, N.C. — As if being unemployed during the coronavirus pandemic and not being able to collect benefits wasn't enough, 77-year-old Jerome Anthony was hit with another major blow in August.

Anthony and his wife were hit by a drunk driver while  heading to the grocery store on August 1st. Both required medical attention and the bills began piling up.  After not being able to get a response from the North Carolina Department of Commerce, Anthony contacted the WCNC Charlotte Defenders for help.

Anthony said he filed an unemployment claim in June and had gone months without hearing anything. The elderly couple says they were already struggling with their budget because they are both on expensive medications, but then it went from bad to worse.

The 77 year-old retiree had been working as a Door Dash delivery driver until March when the pandemic hit.

“I didn’t feel safe because I had to come in contact with people, so I stopped,” said Anthony.

When he learned of the Pandemic Unemployment Assistance Program, he applied for benefits, and then waited months for an answer. Meantime, medical bills were piling up, along with the cost of the couple’s prescriptions.

On August 1, a simple trip to the store resulted in more doctor visits.  It was around 9 a.m. on West Sugar Creek Road when another car crashed into them.

“This guy just came out of a side street,” said Anthony.  “A drunk driver T-boned us and the car is totaled.”

Police charged 69-year-old Thomas Gay with driving while impaired.  Anthony said both he and his wife are still dealing with the injuries from the crash.

While the car is done for, he hoped his unemployment claim would help them get a jump start.

The Defenders team reached out to the North Carolina Department of Commerce to check on his claim and a few days later Anthony got some good news. Anthony said there was about $10,000 in back pay deposited into his bank account.

The Defenders learn about an elderly couple hit by an alleged drunk driver, while waiting for unemployment benefits.They filed a claim and went months without a response. While they waited, they were injured. This led to more medical bills. Watch TONIGHT at 11 for the full story. pic.twitter.com/hixeIK97Lx

RELATED: Carolinians continue to have claim troubles with DES

“Oh man, I almost had a heart attack,” said Anthony. “I didn’t know it was going to be that much.”

Anthony says his wife needs an MRI to check for spinal problems.  He says they’ve hired an attorney to represent them in the case moving forward.