"I tend to come here nearly every day," said FSCJ student Julian Gardisky. "For meals, be it lunch and dinner." 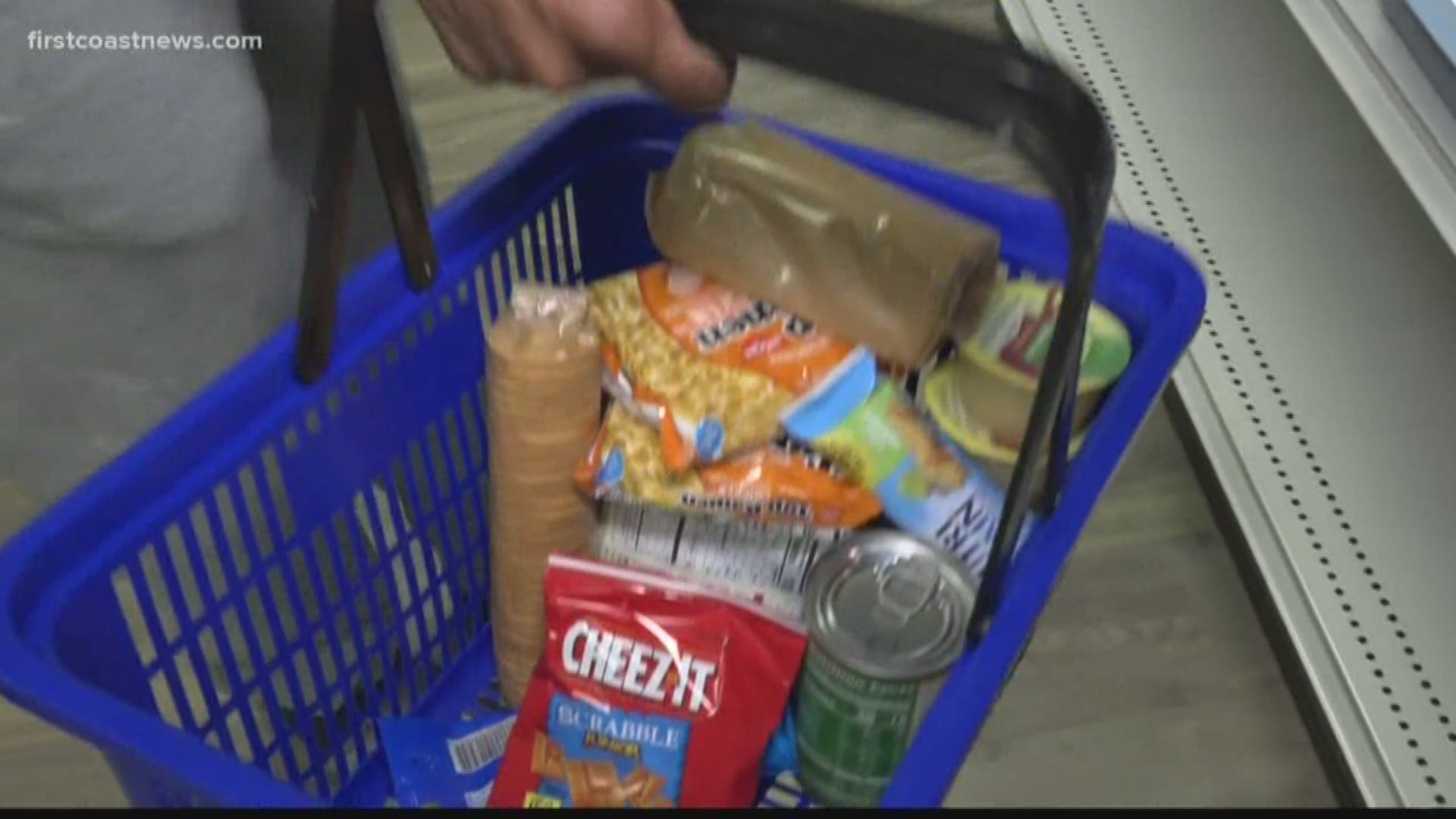 College doesn't come cheap, but have you thought about the number of people every day who may have to choose between textbooks and food?

It's a reality in Jacksonville and now colleges are taking action. FSCJ just re-opened a much larger food pantry on their south campus, a trend on college campuses as tuition increases nationwide. FSCJ officials say they haven't raised tuition in more than five years.

Between FSCJ's food pantry downtown and on the south campus, there are more than 25 "regulars" who use the pantries to keep from going hungry. College students who are low on cash for food might seem like a unique problem, but it's not.

"I tend to come here nearly every day," said FSCJ student Julian Gardisky. "For meals, be it lunch and dinner."

"My grandma's on disability and I'm taking full-time classes so every now and then I come here to get dinner or a snack or something," said Seth Corley, an FSCJ student.

Close to 600 students have come by for food at FSCJ's new, bigger H.O.P.E. food pantry just in the past month. They officially opened it on the south campus the first week of February. It's bigger because they say it needs to be.

Research from the Hope Center shows nearly 40 percent of university students last year and almost 60 percent of community college students the year before had unreliable access to food.

"We go to a food pantry, but a lot of times the food there is molded," said Corley.

Students can get up to five pounds of food a day for free at the pantries with their student IDs.

One in four college students are parents and they aren't the only ones living with other mouths to feed. Corley brings food home to his grandma and Gardisky says it helps his siblings.

"Really helps out a lot," he said. "It gives me a little extra stuff to bring back home, usually snacks for my brother or sister."

Over 15 thousand pounds of food have come through the original pantry since 2017. This means students like Gardisky can use their money to get a bus ticket to class and not show up hungry.

"If our students are able to eat prior to taking a test then they're gonna do better in their academics," said Ashlie Empleo, who oversees the H.O.P.E. food pantry. "So we want this resource to help them at least alleviate some stress."

You can donate food to the student pantries at FSCJ by bringing some to the campuses. Studies show food pantries have become much more common since tuition continues to go up.