A student laid off for over a month said she later found out it was a non-immediate family member. 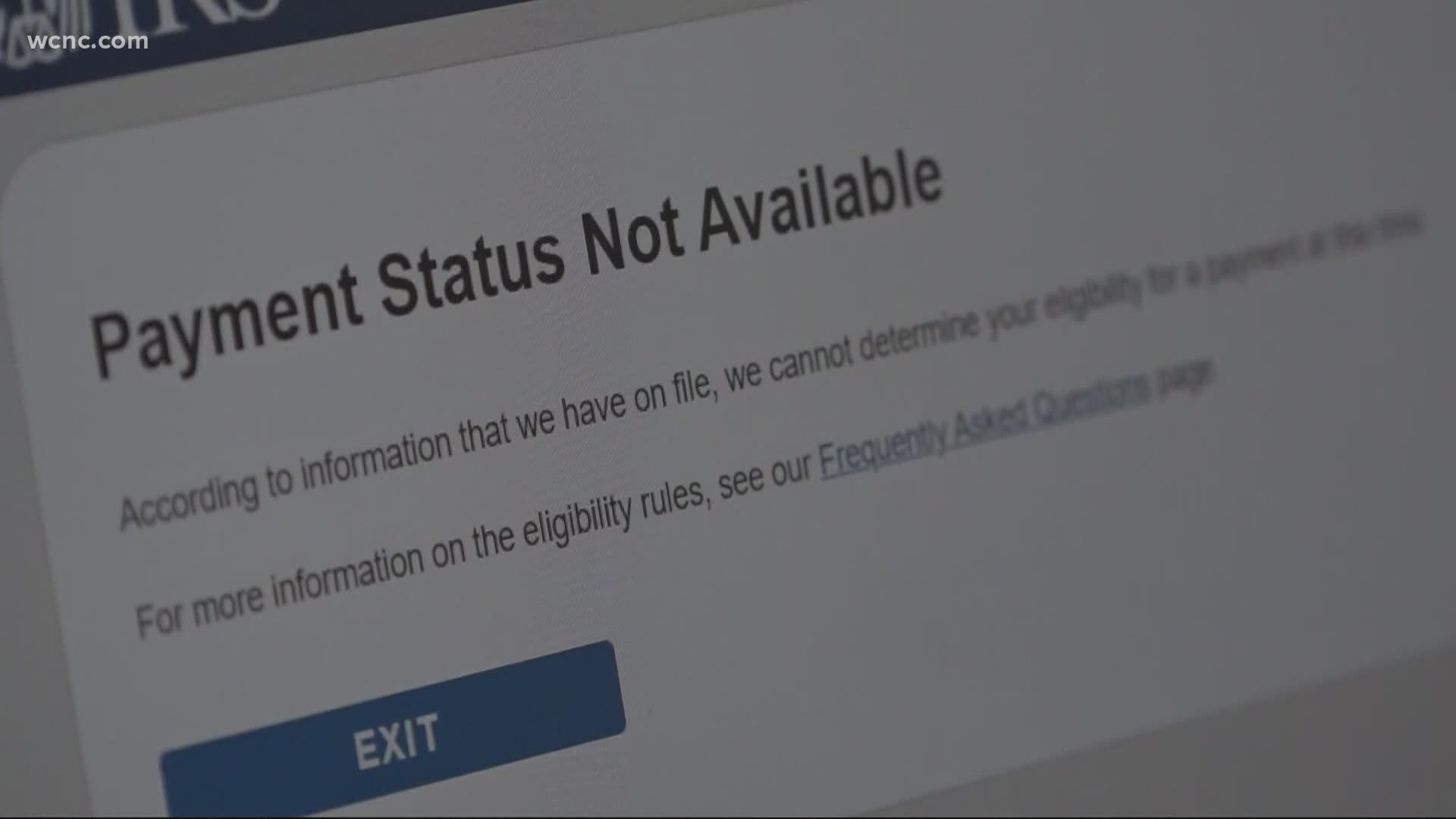 CHARLOTTE, N.C. — Millions of Americans still haven’t received their stimulus checks, and many are discovering the reason is that they were unknowingly claimed as a dependent on a family member's taxes.

Malieah Habisch said that’s exactly what happened to her.

“Imagine needing it for an emergency and you go to get it and someone claims you," Habisch said.

A student laid off for over a month due to the pandemic, she said she was eager to receive her $1,200 dollars.

“I went to get my stimulus check, to fill out the application to do so, and got news back that someone claimed me on their taxes," Habisch recalled.

RELATED: Still no stimulus check? Experts warn identity theft could be to blame

RELATED: Still no stimulus check? You're not alone.

She said she later found out it was a non-immediate family member.

“I needed the money but couldn’t get it because she had claimed me on her taxes without telling me," she said.

"I started crying because it’s so stressful not being able to access something that is meant to help people during this time. I just felt heartbroken. It’s like how does your family member do something like that without you knowing, that’s something that should be told to you.”

Soree Finley, senior attorney for the Charlotte Center for Legal Advocacy, said many people are discovering they won’t be getting a check for exactly that reason.

Finley said if this happens to you – you can take immediate action.

“They can file what is called a superseding tax return. In other words, they can file their 2019 tax return," Finley explained. "That would audit the taxpayer who claimed them and incentive them to not claim that person again in the future.”

Finley also added any former dependents who file their 2020 tax return will be eligible to receive their $1,200 stimulus check next year.

In some cases, fraud is to blame, not a false claim by a family member. In that case, you’ll need to report it to the IRS.

Use Form 3949-A, Information Referral (PDF) if you suspect an individual or a business is not complying with the tax laws.