Before Black Friday even started, people braved the cold for hours while they waited for stores to open across Greensboro on Thanksgiving Day. 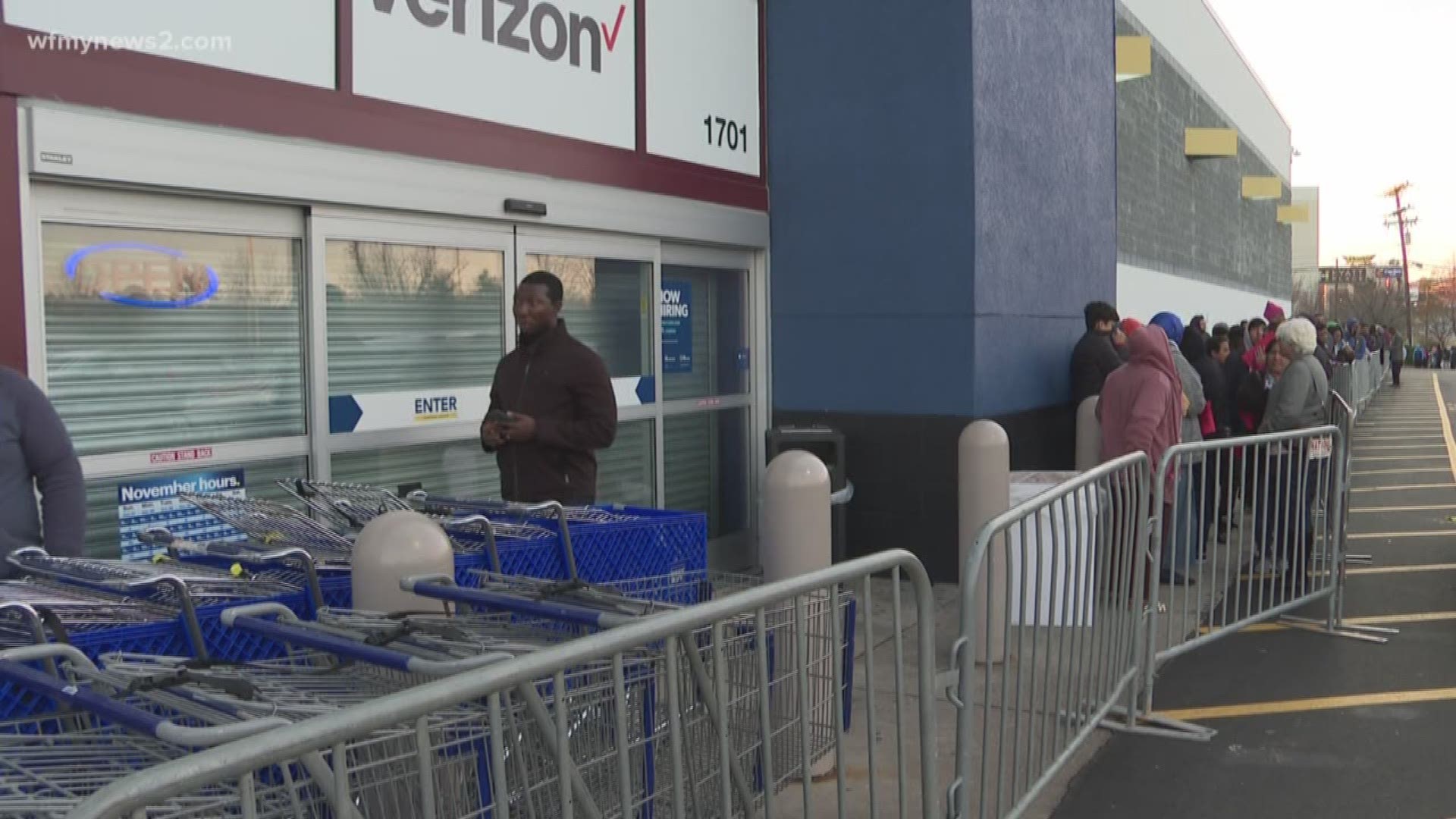 GREENSBORO, N.C. — Stores like Target and Best Buy didn't open until 4 or 5 on Thanksgiving night, but that didn't stop people from trying to be first in line.

"We've been out here since 10 a.m.," said Mario Longoria while standing outside Best Buy. Doors opened at 5 p.m.

TVs were the reason most people said they were lined up so early. Some had game consoles, air pods and other gifts in mind, too.

Some even traveled thousands of miles to score some savings.

"My uncle and my aunt came from Mexico and they've been doing this for two years now just to get an offer here at Best Buy," said Longoria.

The line at Best Buy stretched all the way down the sidewalk and through the parking lot until it disappeared behind some bushes.

"It's worth the wait you know, we're freezing here but it's all good," said Ahmad Altamimi.

RELATED: 7 tricks to be a Black Friday pro

But some knew better than to brave the door buster deals without a plan.

"I do a lot of research before hand looking at ads online and deciding what it is and I'm looking for and where it's located in the store," said Sherita Gatling.

Doors opened for Target and Best Buy on Thanksgiving night at 5.

"The deals, I mean, you can’t pass them up," said Kimberly Warren.

RELATED: Do you have a ticket? Best Buy guarantees items on Black Friday if you get this ticket