Charlotte gets a second take as TV show, film cameras zoom back in on the Queen City

Hollywood is once again calling, bringing millions of dollars and hundreds of jobs. 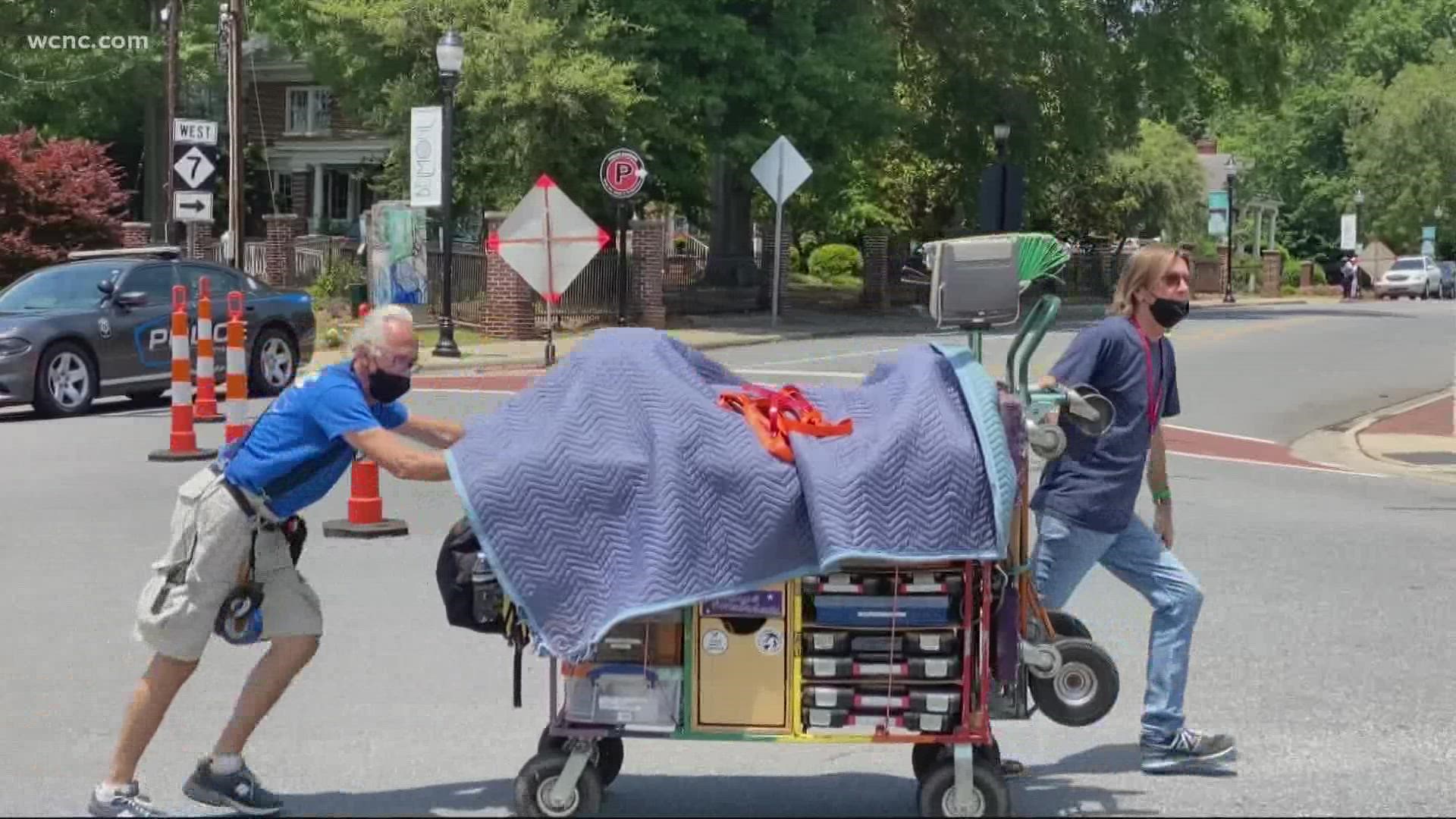 CHARLOTTE, N.C. — For years, Charlotte has played host to TV and movie productions, bringing jobs and millions of dollars to the area. But things slowed dramatically a few years ago because of disappearing tax incentives and legislation that had productions turning elsewhere.

From Main Street in Mooresville to Uptown Charlotte, from big-screen movies to small-screen TV shows, Hollywood is once again shining a spotlight on our area.

Beth Petty is the director of the Charlotte Regional Film Commission. She says 2021 has proven fruitful for filming opportunities.

"This year has been a great year it’s been wonderful. It helps not only us, it helps everyone around us hotels businesses restaurants just helps the economy in general," she said.

RELATED: The 2 reasons film, TV productions are coming to Charlotte

Tracy Webb helps run McNinch House Restaurant, a charming and hidden restaurant in Uptown that movie crews spent 12 hours shooting at for the Rachel McAdams feature film "Are You There God? It's Me, Margaret" this summer.

Webb said, "I think the guests love it – they think it's neat that they're sitting in a restaurant that was in a film that's always neat and introduces us to people who don’t know we're here."

Also this year, Charlotte has been home to a Hallmark movie and the Oprah TV drama "Delilah", with total spending at almost $74 million.

That figure is a sharp rise in spending seen in previous years, in 2019, the film industry brought just $18.8 million to our area.

The Governor's office says 2021 marks a six-year high for film production in North Carolina after much of the industry went away when legislators cut tax incentives and passed HB2 in 2017, known more infamously as the Bathroom Bill. That action had Hollywood shunning the Tar Heel State.

Before all that, in our heyday in 2012, we had "The Hunger Games" and "Homeland" both filming in Charlotte, bringing up to $100 million just to the Queen City alone.

Now the hope is with HB2 behind us and the state's entertainment grants in action, there’s a new and growing chapter for shooting in Charlotte.

Petty said, "It really creates a national and international spotlight for our community."

And she says with movie magic, Charlotte can literally sub in for any city.

"We can play just about anything and we have," said Petty. "Recently, Charlotte played New York, Daniel Stowe Botanical Gardens played Ecuador, we had a farm in Rowan County that played New Zealand."

Want to be part of the movie magic? The film commission is always scouting for new locations. If you think your home or business could work for a backdrop in the movies, you can actually apply to make that happen. Here's a link to the application.

Looking to star in a production being made close to home? Backstage has online listings of different TV and film opportunities, along with commercials, theatre, and more.