Greensboro and McLeansville firefighters formed a human chain of sorts to get the puppies out one by one. 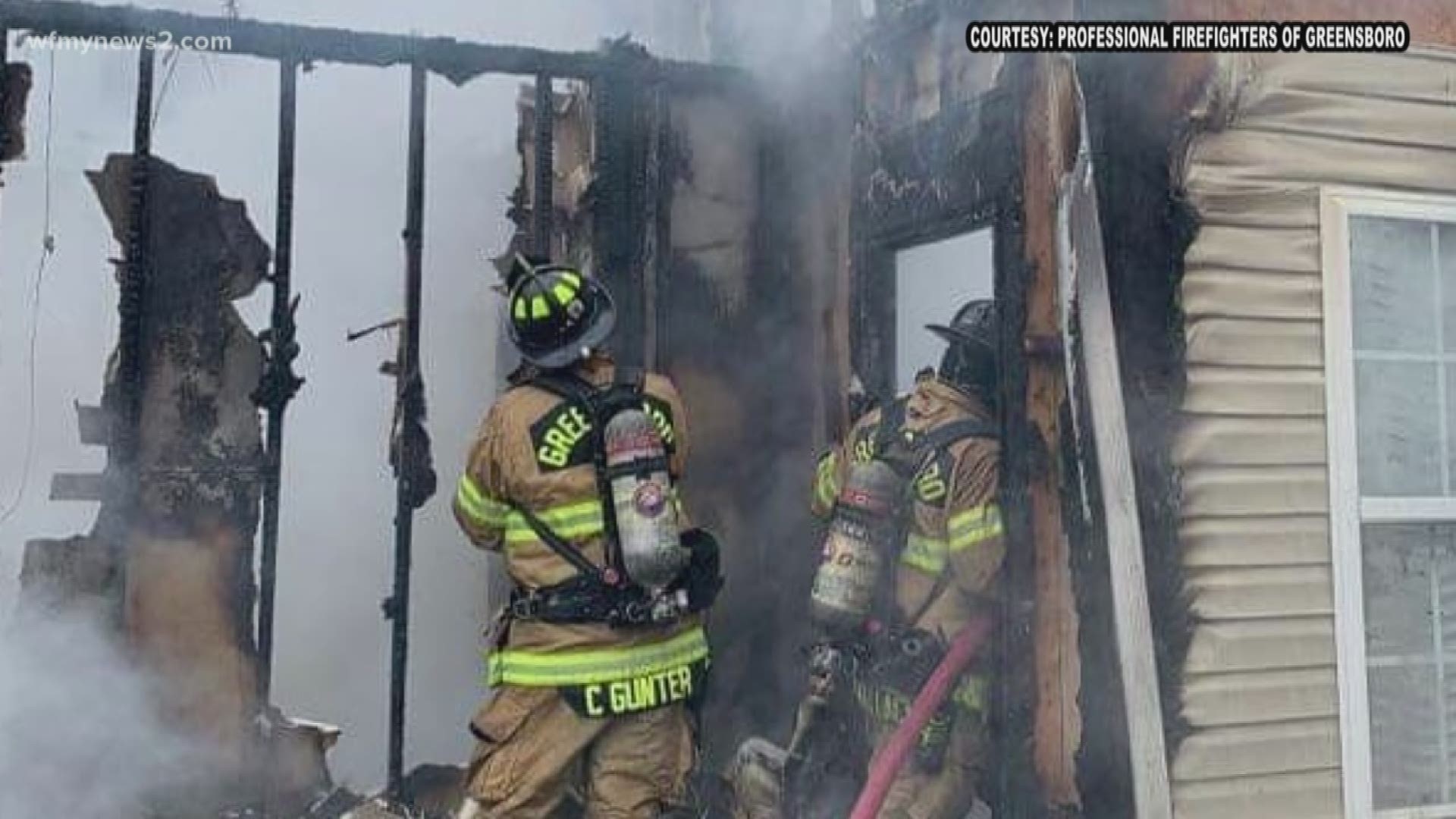 Beatty says he had to wait for firefighters to arrive, but it was painful to hear the dogs whimpering and crying inside the garage as the flames spread.

"But at that point reality set in and I backed up and left it to the professionals, they cut the garage door open and went inside and got the puppies out."

The puppies were found in cages that were set up in the garage of the home.

Greensboro and McLeansville firefighters formed a human chain of sorts to get the puppies out one by one.

"It was a chain of events where they just kind of passed one on to the next and next and next," McLeansville firefighter Eric Watts said.

No one was hurt during the incident, the owner was out of town according to neighbors.

The McLeansville Fire Department said the cause of the fire was a space heater toward the back of the house, where most of the damage was sustained.

Watts says the house is a total loss.

The puppies weren't injured, though some of them were treated.

Firefighters battled the flames for an hour.

Two dogs were also in the backyard of the home. They were uninjured.

The owner of the puppies retrieved them after the fire. Animal Control was not involved.