A New Partnership Shows Strength of Aviation Industry in the Triad

Today the HAECO and Airbus announced Airbus will now feature two of HAECO's aircraft seats in their online catalog. 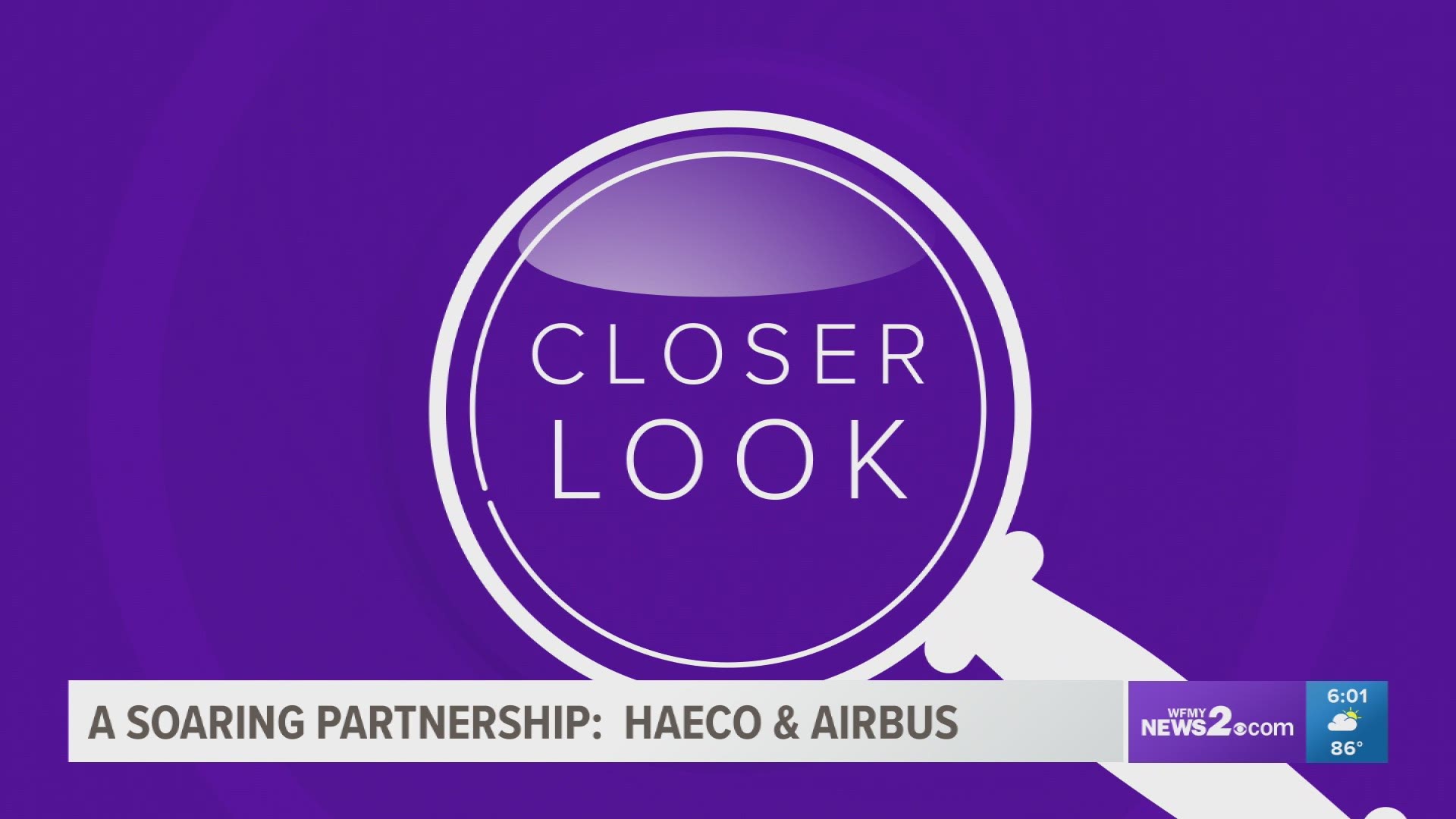 07/09/18 — WALLBURG, N.C. (WFMY)-- A new partnership between HAECO and Airbus, a commercial aircraft manufacturer, could bring more jobs to the area, but right now it's bringing business.

HAECO executives say the partnership will give them access to customers from across the world. As the company generates more business, the need for more employees could increase.

James Renna, the Quality Supervisor at HAECO, moved here from Atlanta 8 years ago and has seen nothing but growth.

"It's great because there's a lot of opportunity for new jobs, new companies. The industry's really growing. It's good business for the Triad area," says Renna.

In February, HAECO Americas announced its plans to hire 400 to 500 new aircraft technicians at the new hangar at Piedmont Triad International Airport.

So far the company has hired about 200 new employees at that facility. Executives say the goal is to hire locally when possible.

"Our intention is certainly to, you know, to recruit and train our own. Getting people out of high school and out of these community colleges to gain those skills, will lead them to more senior and more highly-skilled positions in the future," says Richard Kendall, the CEO of HAECO Americas.

While the new partnership doesn't require more local employees right now, with success it very well could it the future.

HAECO is headquarted in Greensboro. Airbus is the largest aeronautics and space company in Europe.