Now if this is just the most southern thing to do after making a rude comment, as Stephen Colbert donates to the North Carolina Disaster Relief Fund after poking fun at our barbecue. We’ll take that check and thank you Mr. Colbert! 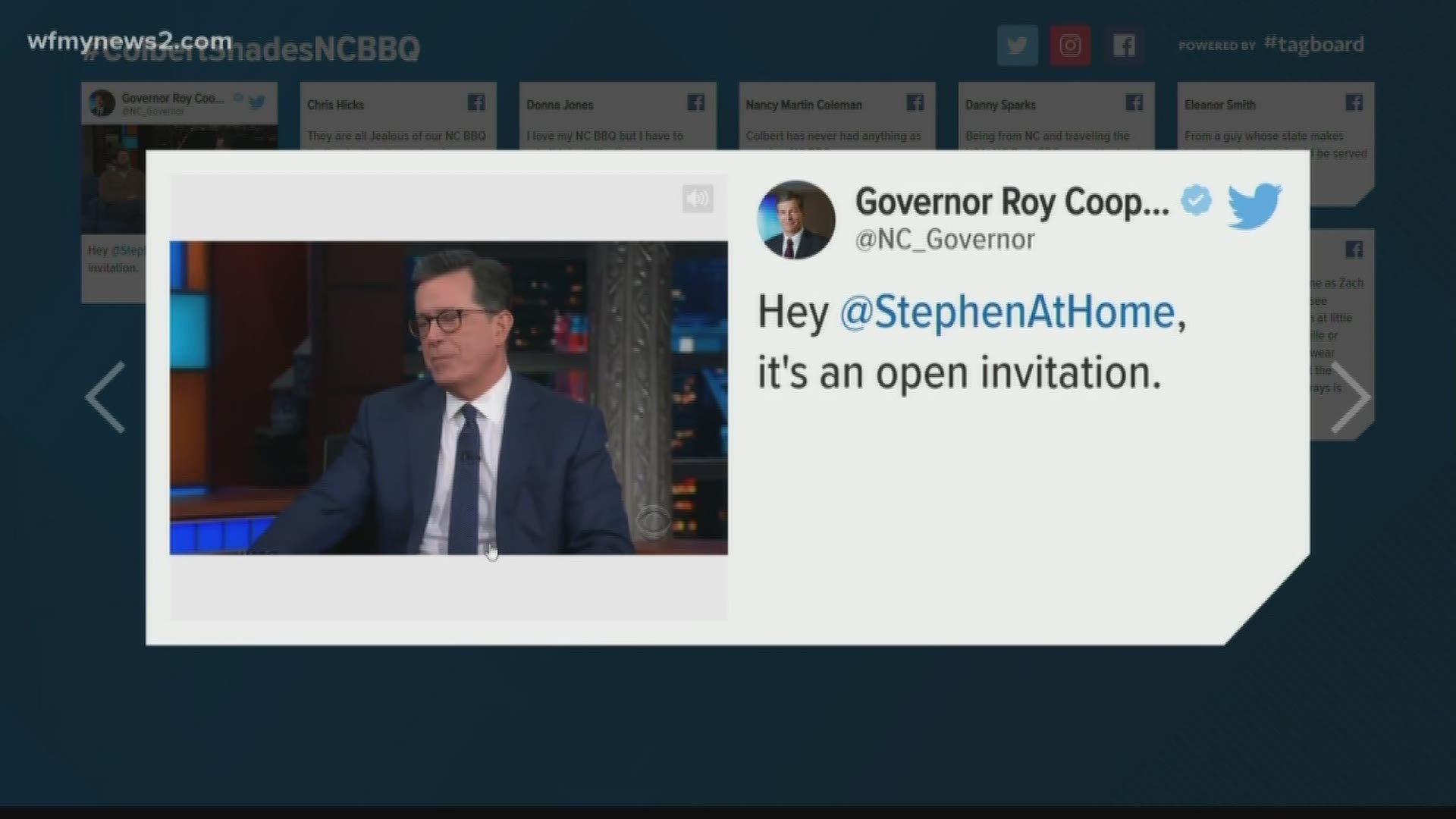 RALEIGH, N.C. — Despite, his hate for North Carolina barbecue The Late Show host, Stephen Colbert sure is showing our state a lot of love.

He might be taking a “kill them with kindness approach” here, but we’re so glad he did.

RELATED: 'What Are You Doing?' Stephen Colbert Throws Another Jab at NC Barbecue

The large check came with a special message to our state reading, “We all hope this will help the Carolinas recover from the disastrous weather of last fall.” It was also signed by Stephen Colbert.

Now if that just isn’t the most southern thing to do after making a rude comment.

Gov. Cooper tweeted out the check with the caption, “All barbecue jokes aside, a huge thank you to Stephen Colbert for donating a portion of the proceeds from his book to the North Carolina Disaster Relief Fund.”

The comedian fired shots at the state’s precious pork during an interview with Wilkesboro native and actor, Zach Galifianakis last week on his show.

At one point, Colbert, who grew up in South Carolina, asks Galifianakis if he's a 'proud Tar Heel.'

RELATED: Owner Of The Barbecue Center In Lexington Invites Stephen Colbert For A Taste Test

Colbert said he was quite fond of the state as a whole, but not a fan of the barbecue, which is typically served with vinegar in the eastern parts of the state.

WFMY News 2 even had fun with Colbert after he made such rude comments about our barbecue.

But all we can say is “Bless his heart,” and thank you for donating to the North Carolina Disaster Relief effort!